This week I attended BookExpo America (BEA) in New York City, a trade show for the publishing industry. It is here that publishers, distributors, licensors, booksellers, librarians, and many others come together to do business.

Because publishing is a business.

Usually, there are yearly recaps of the show, and people try to determine “trends” or the “state of the industry,” but what really drives the show is this: people who want more exposure for their books, and more revenue in the process.

Is that cutthroat? Nope. These folks GENUINELY LOVE BOOKS. And perhaps that is the distinction between just being a casual reader who loves books, and being in the publishing business — the people at BEA are tending to that business.

In walking the show floor this year, I was thinking about the elephant in the room that some writers either don’t know about, or don’t want to know about: that to write is one thing (it is the first thing); but to sell, is another thing entirely.

We like to think that a good book sells itself. Looking around at the enormous show floor at BEA, I had to consider otherwise. 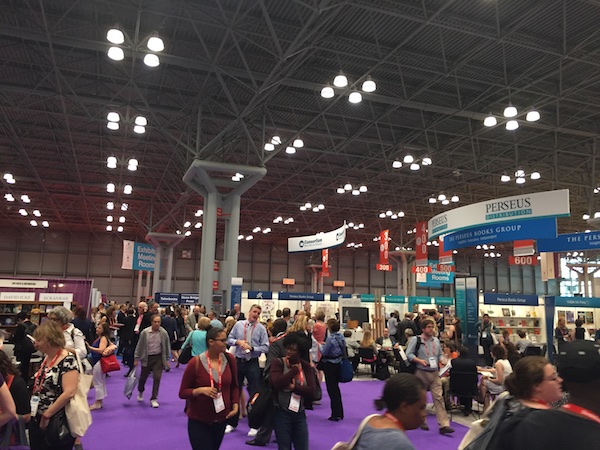 For a writer, if they want their book to find an audience, to ignore the sales process is to ignore how books have found readers for generations.

Last week, I shared a list that Emma Dryden of drydnbooks shared with me on the number of people who touch a book within a traditional publishing process. It had more than 40 roles listed, far more than many people know about.

As I journeyed through BEA this week, I considered: what are all of the sales tactics being used to sell books here? A partial list:

One huge thing worth noting: many of these are age-old sales tactics, as relevant in 1975 or 1925 as they are today. If BEA as an event eventually disappears, these same tactics will remain — just in a different guise.

I’m preparing to launch two courses about how to create proactive marketing plans for launching a book and gaining readership, and yet I often hear from authors who tell me things like:

“Why do I have to do that, shouldn’t I just write?”

I’ve said it before and I’ll say it again: yes, writing is the first thing, and if you want to just write, I am 100% supportive of that. Go, write.

But I also speak to a lot of writers who struggle to connect their book with an audience, and are frustrated by that. And when I look around at BEA, and see how the industry sells books within itself, I see a huge effort at every level. To be clear: this is not just sales people selling to other salespeople, the show floor is filled with authors, editors, librarians, and people from every facet of the industry.

You will see authors and editors feverishly pitching books.

I bumped into a panel that included Gay Talese and John Guare. 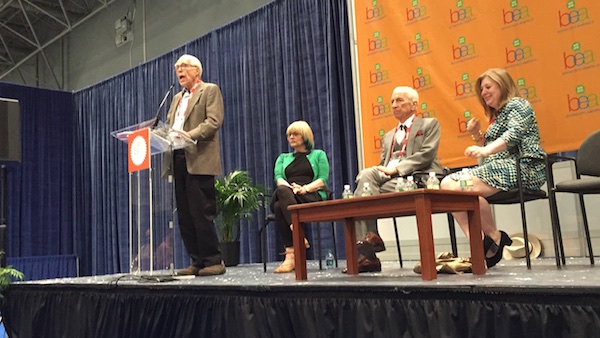 What on earth is Gay Talese doing here? He is 83 years old, does not have a new book coming out, and clearly doesn’t need promotion for his career. He’s a luminary.

John Guare is 77, and it just felt striking to me to listen to these men reflect on a new book to be published by an old friend (now deceased), Oscar Hijuelos.

Gay made a very clear and passionate pitch for the book, and even ended with saying…“that’s called promotion.” 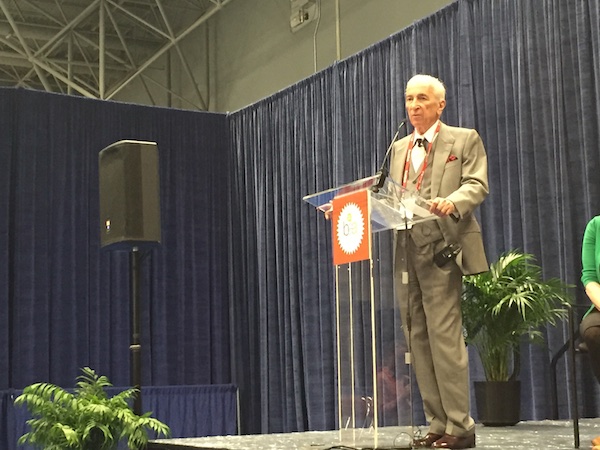 Too often, I think modern day writers assume that in earlier eras, writers didn’t have to worry about marketing books. But listening to this panel, it is clear: they were very comfortable marketing books. This is nothing new.

Let’s take a look at the show:

Okay, I have to start with this: I met Brené Brown!!! We chatted, and she called me a midwife for authors. 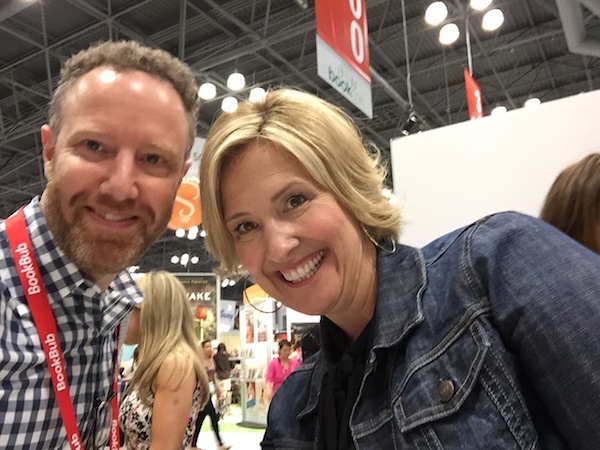 Enormous banners in the glass atrium: 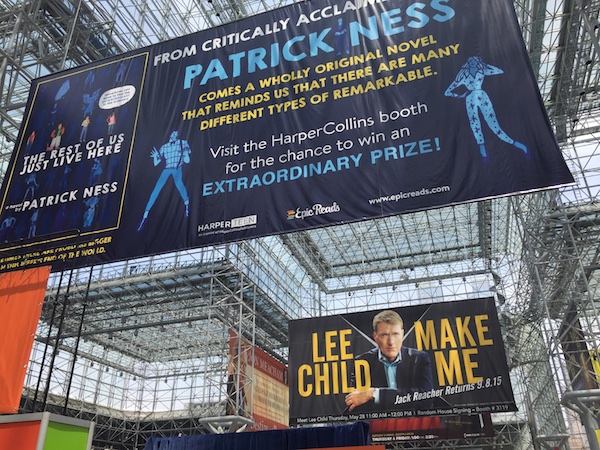 What is so interesting is that the Wimpy Kid series is a runaway success. Yet, the publisher still feels that a 30 foot tall banner is needed: 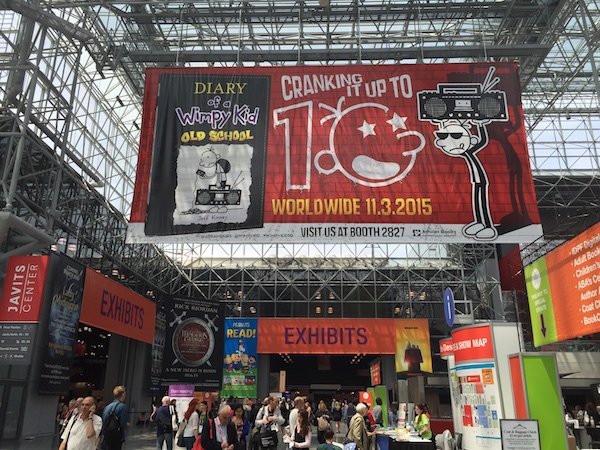 The woman on in the center is protecting advanced reader copies… there is a long line waiting to grab them: 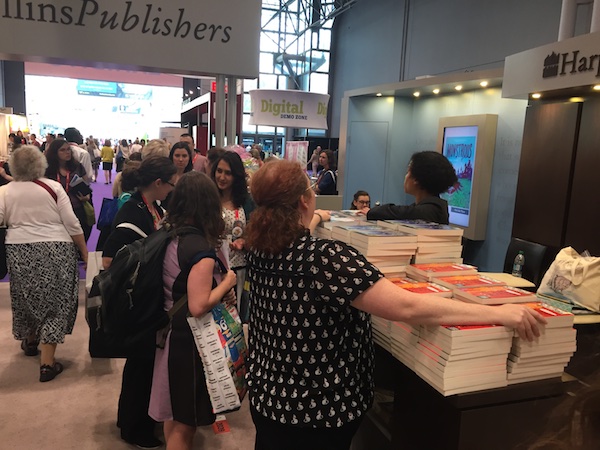 They couldn’t open these boxes fast enough, advanced copies of City on Fire: 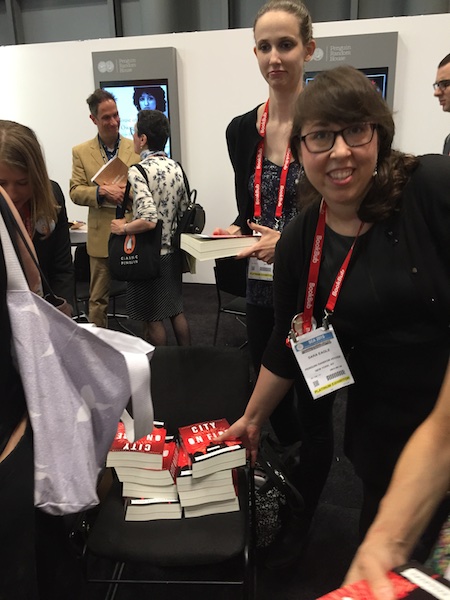 A lot of attendees bring an empty suitcase, and then spend the show filling it up with free books they receive: 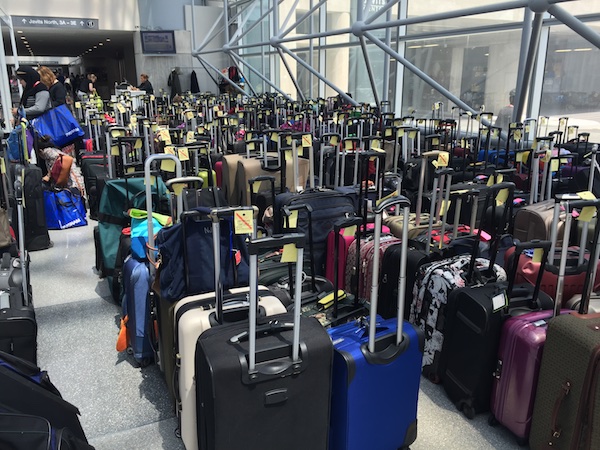 Autographing area, with Bernadette Peters signing on the left: 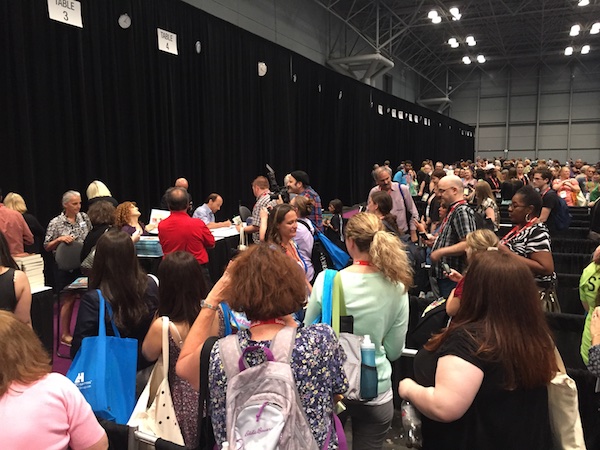 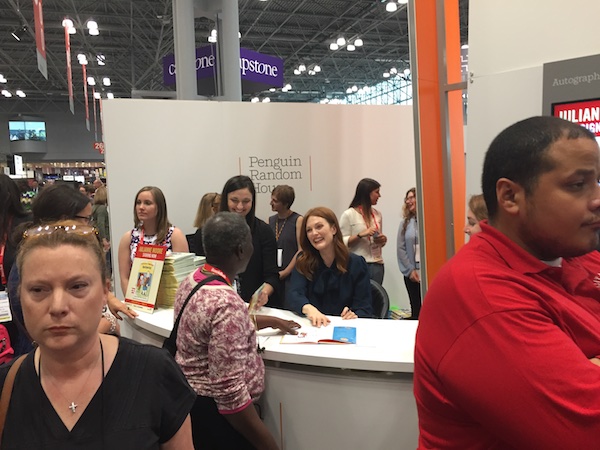 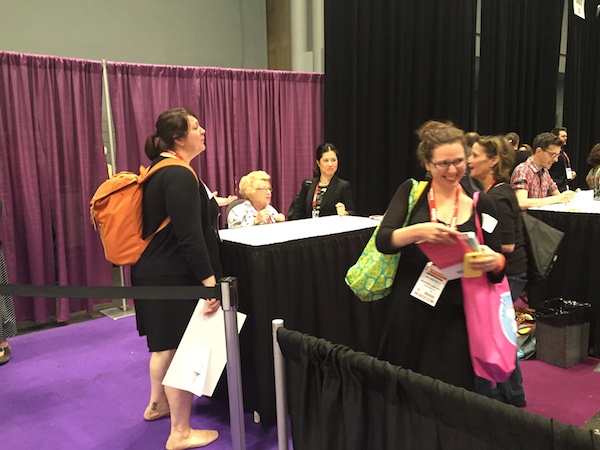 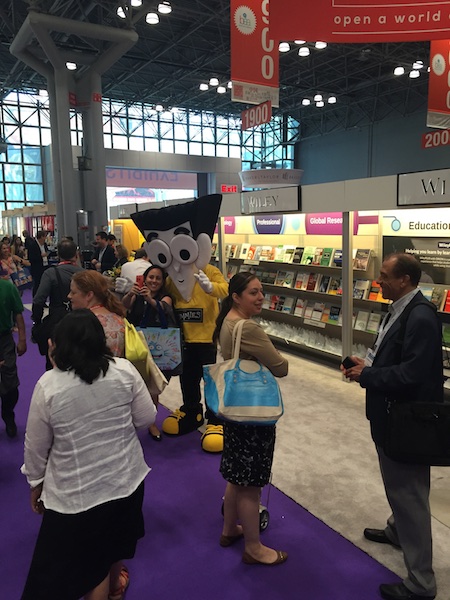 An author in costume: 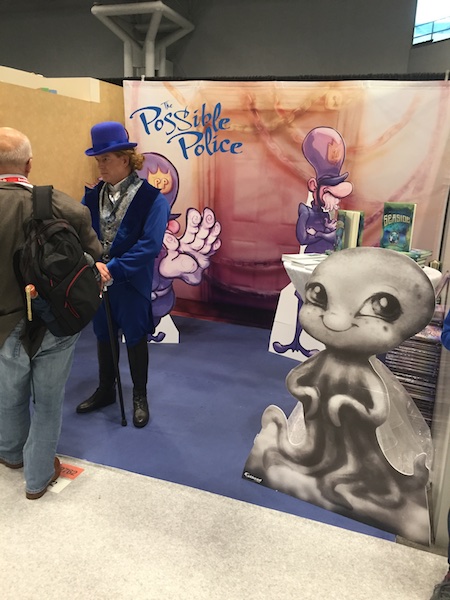 Cupcakes being readied to be given away: 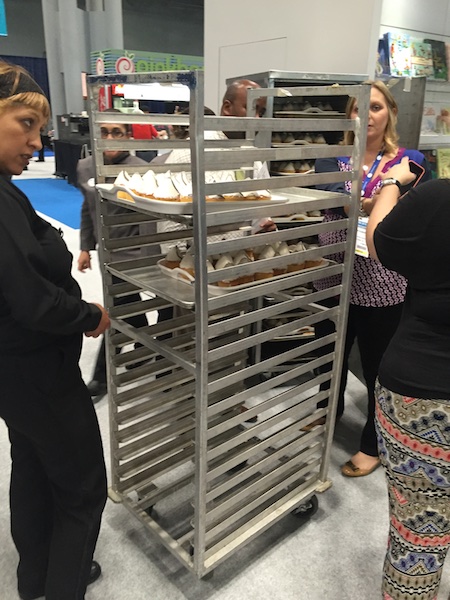 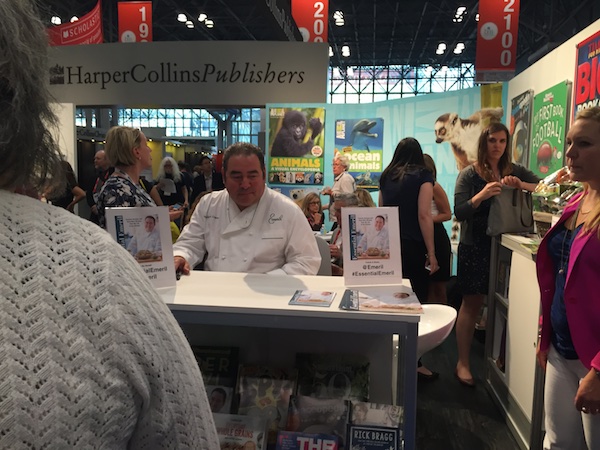 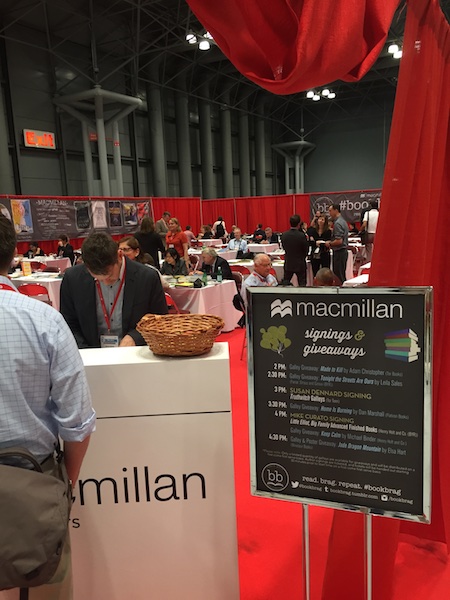 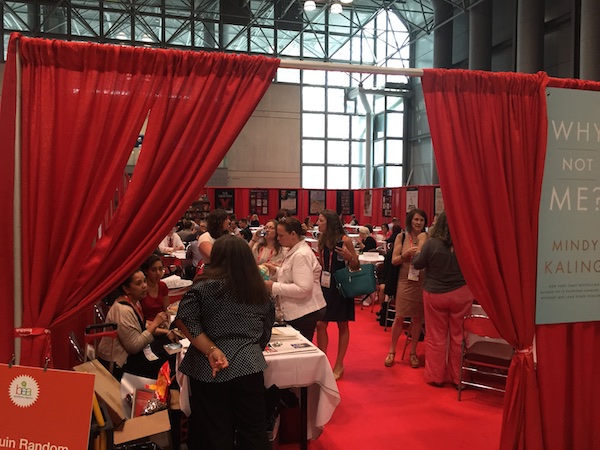 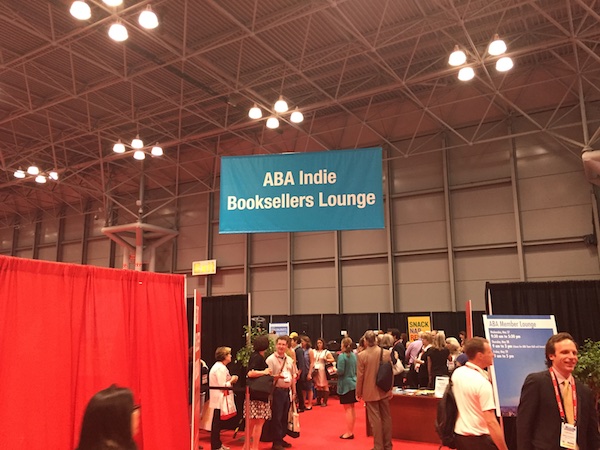 A panel featuring a writer and illustrator for some of Marvel’s new Star Wars comics: 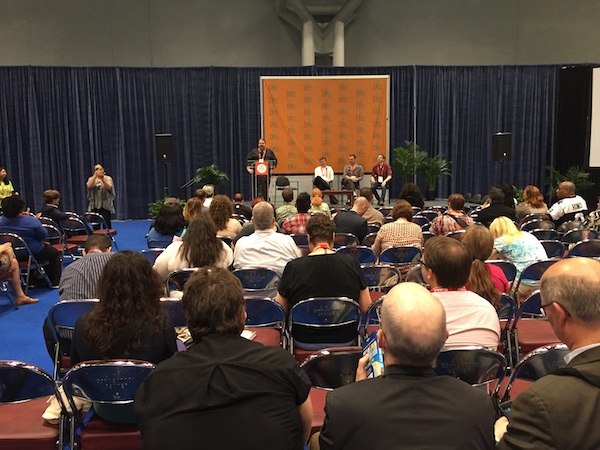 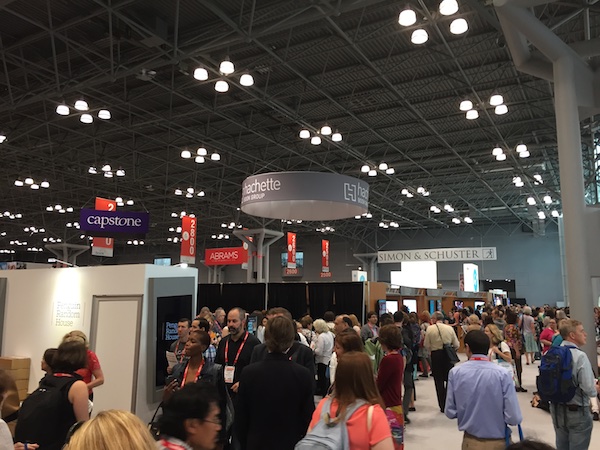 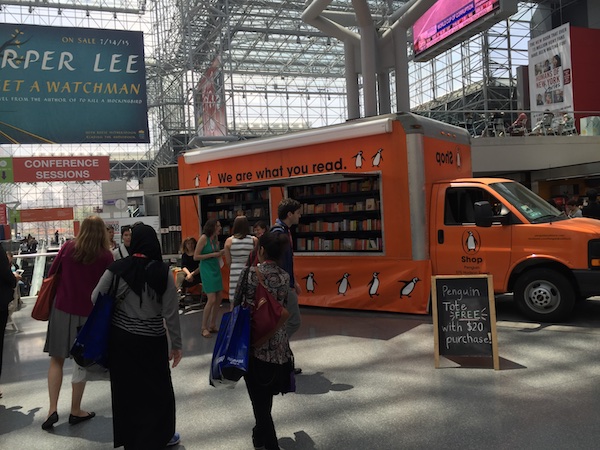 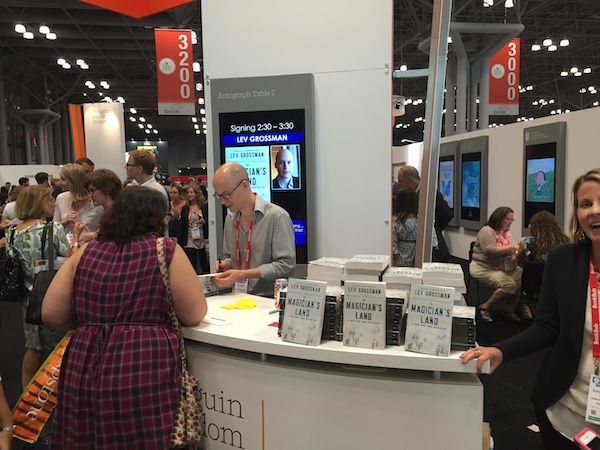 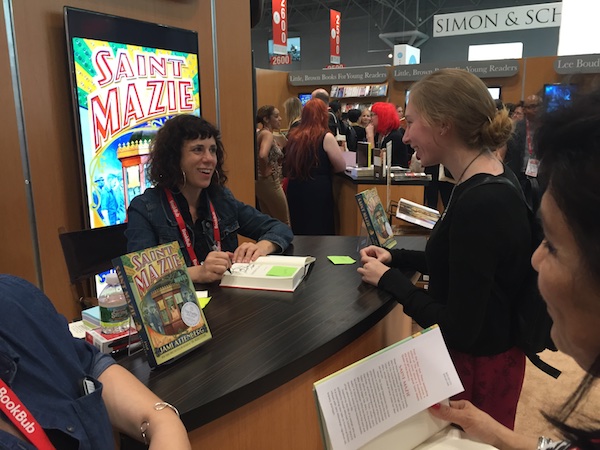 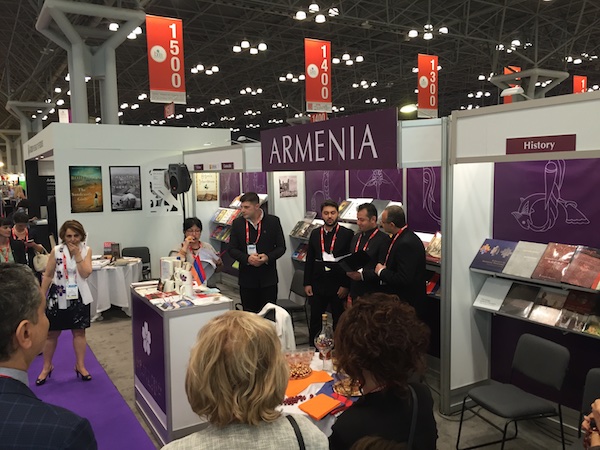 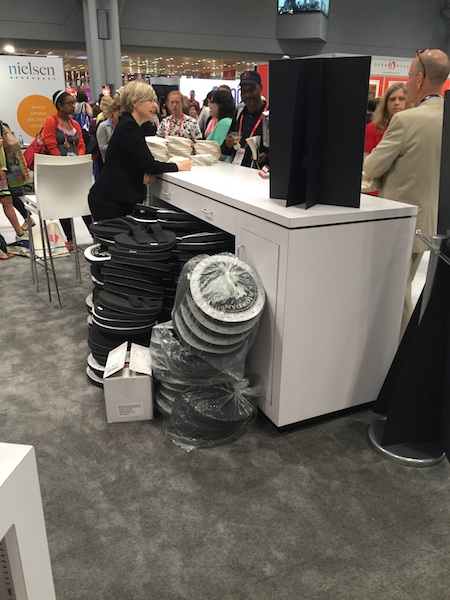 There was so much more that I didn’t capture in photos.

So how does this translate to authors, and not just trade shows — what are the lessons that an individual author can take from this? Well, let’s look at one book I was able to get, an advanced copy of City on Fire. From what I hear, this book is highly anticipated: 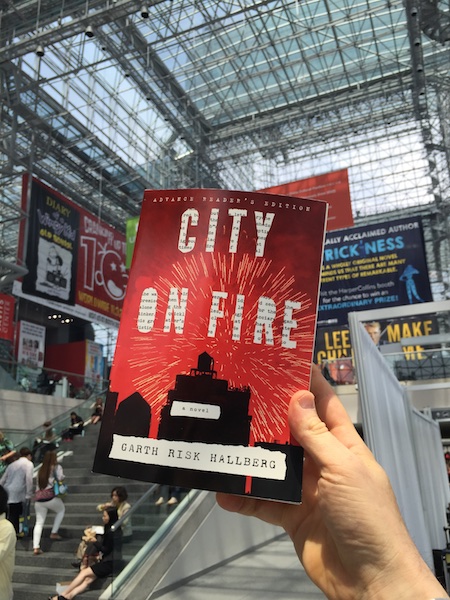 Starting to read it on the train ride home, I noticed this inside the back flap: 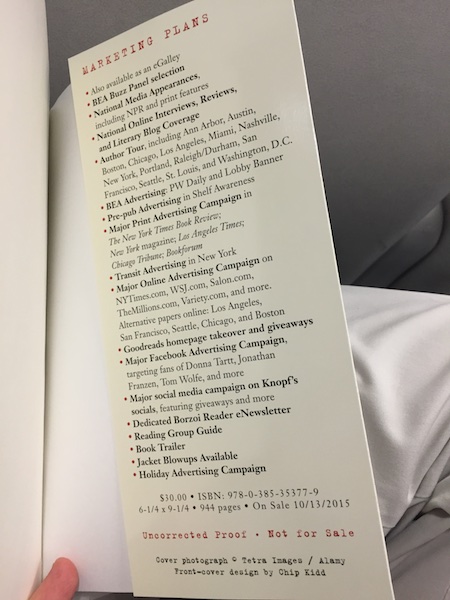 The book won’t be out until November, but there are already blurbs when you open the book, and a long list of major promotion that the publisher is planning. Yes, the author seems to be pretty intimately involved in much of this.

All of this is not meant to overwhelm, because as I mentioned earlier, this is about the love of books and authors. I suppose I am reflecting on all of this for two reasons:

If you are a writer trying to share your work with readers… which aspects of this fill you with the most fear; which with the most ambition?