How do you measure the success of your writing career? Do you dream of accolades, swarms of raving fans, speeches given in your honor, and your name at the top of bestseller lists? Perhaps. As many high school students dream of becoming rock stars or professional sports heroes, dreams such as these fuel our desire to work hard towards our goals.

But today, I want to address what success can look like in your writing career, without becoming a bestseller. That there is value in your contribution to the world, even if at a smaller scale. 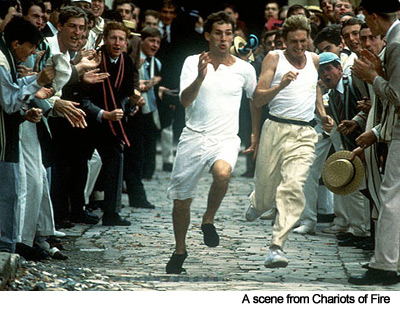 We often strive for greatness as a primary motivation to move past barriers. That, if we aim too low, then we already limit our own capabilities. One of my all time favorite movies, Chariots of Fire deals with the topic of motivation in describing greatness. It tells the story of two men, reaching for greatness in the 1924 Olympics in track. One is motivated by “overcoming prejudice,” as Wikipedia calls it; the other, by celebrating his faith. Both have astounding capabilities on the track and are complex and admirable men. But when each achieve their goal, only one seems to find solace – the man whose motivation was that of celebration.

The lesson I take away here is about core motivation of how we each achieve our own personal greatness. Are you fighting to prove something to others, or are you celebrating your own capabilities and your potential effect in the world? There is no right answer here.

Many are competitive, in that they find a focus and motivation in outselling others. But I do feel there can be a hollowness in valuing ONLY that type of success. It is not a hollowness of a bestseller list itself, but in considering WHY your goals are set where they are, and the means by which you measure and value your own achievements.

Is your motivation to truly affect the lives of others? To move our culture forward? To achieve greatness in your own terms, pushing yourself to places you have only dreamed?

Quick: tell me about the writer who has shaped your life in a profound manner, someone who you are eternally grateful for.

Is there a difference in those two names? It is not that both aren’t great books, written by great authors. But the measures for success may be different because of how one author shaped your life, not whose sales numbers topped a list.

How to define greatness 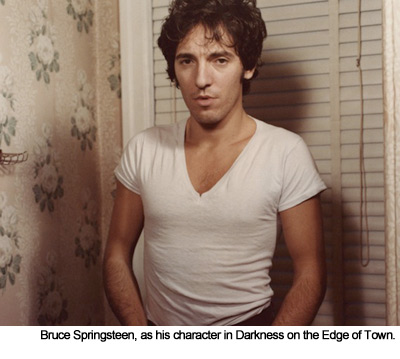 How do you cope with this when Michael Jordan is not just the top 1%, he is an anomaly in the universe? Every field has their Jordan somewhere in it’s history books. The outlier whose abilities are so unmatched that it is hard to consider them human.

What if this child “merely” becomes a good team player, assisting in scores that propel his team to victory, winning some awards in mid-level leagues. What if he “merely” makes his hometown proud, wins the affection of his sweetheart and admiration of his friends, and perhaps garnering a few nice mentions in the regional newspapers? Failure?

As a writer, what if you “only” create a body of work that is meaningful to several hundred people? What if you hold a book signing, and “only” 4 raving fans come up for autographs and to chat you up about the intricacies of the world you have created, and the characters that feel like friends to these people? Failure?

I have been obsessing about Bruce Springsteen’s 1978 album “Darkness on the Edge of Town,” fueled by the incredible 3 cd and 3 dvd box set.

The story of creating the album is powerful in and of itself. Facing a legal battle with his manager, Bruce couldn’t record a new album. So he holed up in a house with his band, and wrote 70+ songs. Once the legal battle ended, he went into the studio and made some seemingly bizarre choices. His previous album, Born to Run was his biggest success, and featured a big sound of songs such as “Thunder Road,” the title track, and others. But for Darkness on the Edge of Town, Bruce recorded many songs that were uplifting songs that would surely have been hits. And he threw them in the trash.

Instead, he released an album of understated songs that adhered to a theme: coping with the limits of adulthood. Of what happens when adolescent dreams of greatness and freedom turn to the challenges of adult relationships, work, and living within boundaries. The “darkness on the edge of town” is the feeling of something keeping you in. Of the horizon not being an open road that promises new dreams to come true. That we are not all immortal and destined for greatness as we all may have believed in high school.

The album is ultimately hopeful, finding empowerment in facing these limitations. About redefining what it means to be a person living by principles in a world that is full of limits and challenges. It is an adult view of the world that does not rely on vague promises of success. The photos of Bruce on the album cover and within the sleeve were meant to portray the character in the songs.

How do you define greatness as you juggle the other obligations in your life? Is your writing career merely a lottery ticket, meant to solve your problems by propelling you to the top of the charts? Or, is it a passion that you balance with the many other obligations of family, work, finance, time, and mundane tasks such as laundry and mowing the lawn.

Is it something you are making a bet on, or something that represents who you are, regardless of your name appearing on a bestseller list?

How you measure success will define the type of writing career you have. While we all dream of being bestsellers, of having the world validate our work on a grand scale, the fact of the matter is: many of us will not be number 1 New York Times bestsellers.

But that doesn’t mean we won’t be great.

Sometimes, it’s not about being a bestseller – it’s about being a writer, putting your work out there, and affecting peoples lives. Of creating meaning for others, one person at a time. Of building a legacy for your work that extends beyond your own lifetime.

That you work to improve your craft, and live a life filled with the people and experiences that matter to you as a writer. That this is about the process – the journey – not the name on the top of a list.

In the end, your goals are your own. How you find motivation, define greatness, and measure success are deeply personal decisions.

If I can help you in your journey, just let me know.