I had been working on two different essays to potentially send out today, but then I saw something this week that really moved me. I want to share what that is today, and encourage you to do something that I think could have a powerful — and positive — impact on the life of another writer or creator.

This is a headline that I saw this week:

“Director Albert Pyun Wants to Hear From Fans in His Last Days.”

Now, I had never heard of Albert Pyun before, I’ve never watched one of his movies, and to be honest, I probably never will. But I do watch a lot of movie review channels on YouTube and I noticed that one of them which has 1.4 million subscribers did an hour-long episode celebrating Albert’s movies. They had seen the headline, were fans of his, and decided to respond.

That video has 346,000 views so far, 16,000 Likes, and 1,895 comments. The video made me appreciate his craft, and why he has such a large fanbase. It turns out, his wife has been sharing updates on Albert’s health via her Facebook page. This is the update that caught the attention of the YouTube movie reviewers: 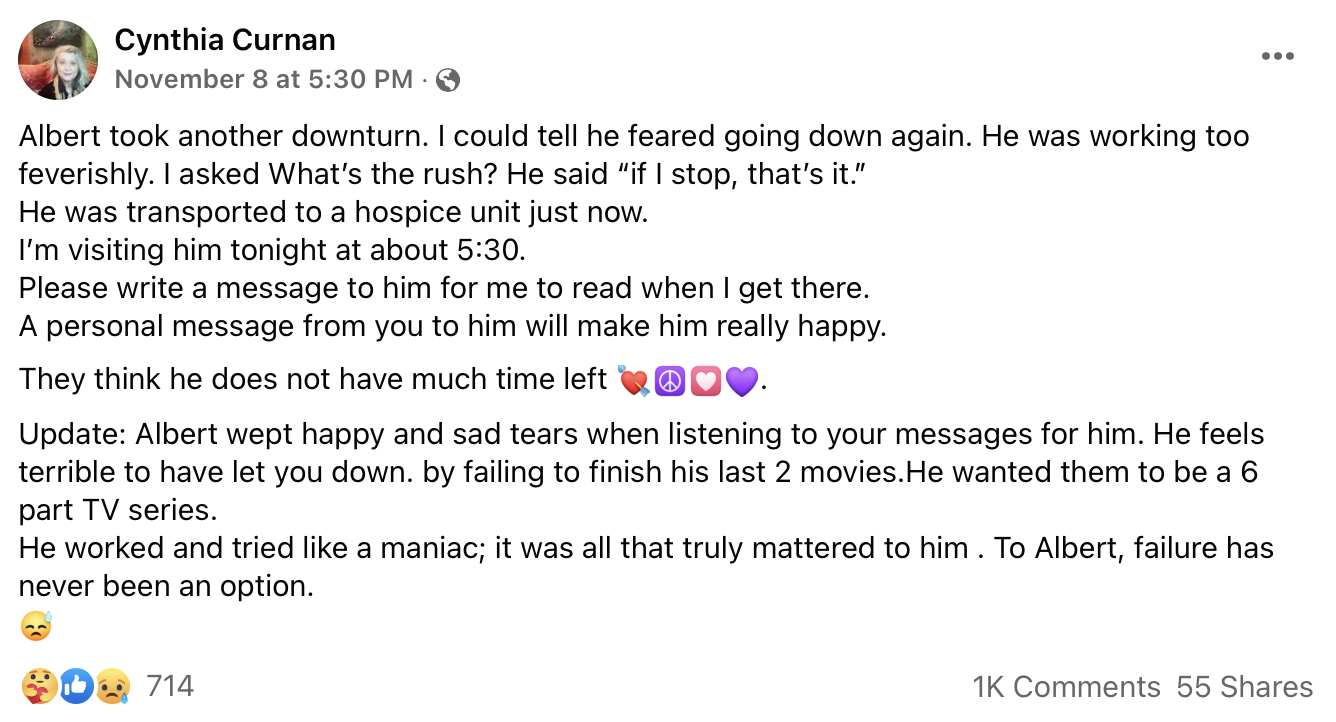 That post has 1,000 comments from fans, and she is sharing this phase of his life regularly on Facebook, as well as reflections on his love of moviemaking. Evidently Albert had been trying to complete the final two films in a trilogy, when his health made that impossible. His wife said that it is her goal to finish the movies for him.

If there is a writer, artist, or creator that you admire, I simply want to encourage you to celebrate them and their work. This can be a gratitude email, a social media post, or even something bigger. Just something that would get them to realize that their work matters to you. And perhaps in doing so, awareness of their work will grow to others.

Thank you for being here with me, I can’t express how much that means to me.