One of the parts of my life and work that Dan has consistently urged me to talk about is the ongoing collaboration between myself and my sister, mother, father, husband, brother-in-law, and even, now, son.I guess it’s not to much to declare that we are a family of makers. My sister and her boyfriend are filmmakers, my mother is a writer, my father is an anthropologist (which means he’s always got an idea burning), and my husband and son are always sources of inspiration and eager to lend a hand.

I can’t imagine being a writer without any of them. I’m not just saying that to be cute- I really mean it.

Take this latest book trailer project, for example. We have this beautiful family home we return to every summer, a place my novel BITTERSWEET is based upon- a perfect location for a shoot. We knew my sis and her boyfriend would be here with their film equipment at the same time I was, and then it turned out we were going to have plenty of visitors the week we’d all be together. A few months ago, Kai and I had talked about filming a number of smaller trailers (each about fifteen seconds long) that could be cut together for one extended trailer, or released individually, that did a good job of illustrating the gut punch of what BITTERSWEET feels like. The aesthetic we were going for was as close to the book as we could get: J. Crew/ Ralph Lauren but with one seriously messed up element.

Not to be deterred by my son’s diagnosis of pneumonia, we sat down and made a list of all the moments we wanted to capture; some we’d been thinking about for months (and Kai had even storyboarded), and some were much more spontaneous. Our initial list was fifteen ideas long, and we cut a bit, eliminating the ones that didn’t seem arresting enough (sinking one of the rowboats), or were too labor intensive (hiking up to the state park and finding that old Model T to film in). Then we made a list of everyone who’d be coming up before she had to leave (lots of grown-ups and three kids) and strategized how best to use each one.

The first shoot was on Saturday, when our friends Kicky and Esmee came to visit. We filmed two shorts with them: one of the girls in a hammock, and one of them running with my son across a small bridge. We made it fun- snacks, costumes, and lots of enthusiastic applause: 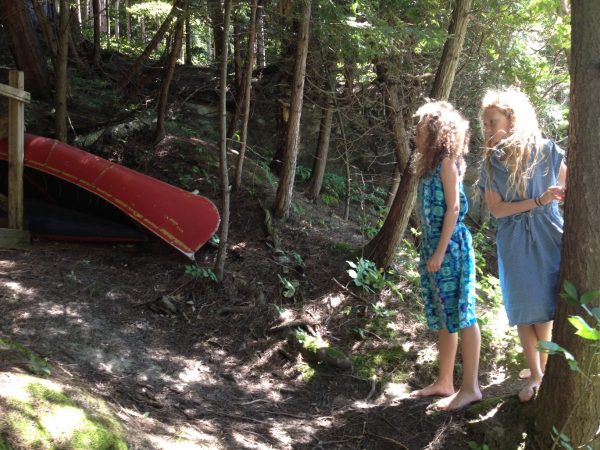 Then, on Monday, we shot five different mini-trailers. Some were planned out- my son in the rowboat, for example- 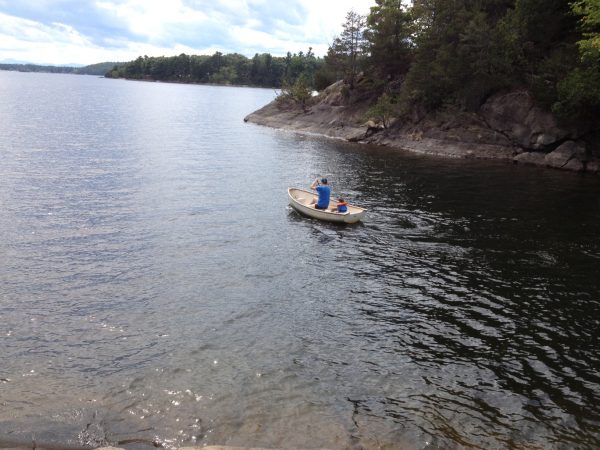 but most were absolutely spontaneous. This is why it is so much fun to work with people who are good at something you aren’t, and who love to play. Kai discovered a rusty chain in the forest and our father volunteered to have his ankles wrapped in it to simulate a corpse (I told you- we were going for MESSED. UP). My cousin Daphne and her boyfriend were game to be costumed and directed, to fiddle with a knife and a sharp pair of scissors whilst cuddling: 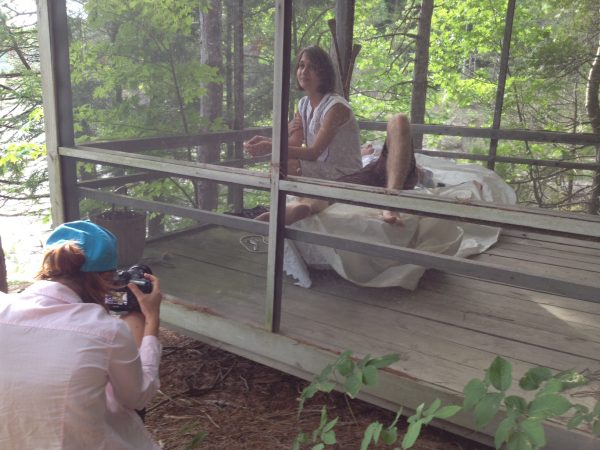 And my sister, who desperately wanted to catch a turtle, and came close four times, finally had a turtle caught for her by my cousin’s boyfriend, who acted as turtle wrangler while the little critter Crawled. Through. My. Hair.

Not my favorite part of the day, but that’s what you get for making and playing with your family. Sometimes a turtle just has to walk through your hair and you don’t get to say one word about it: 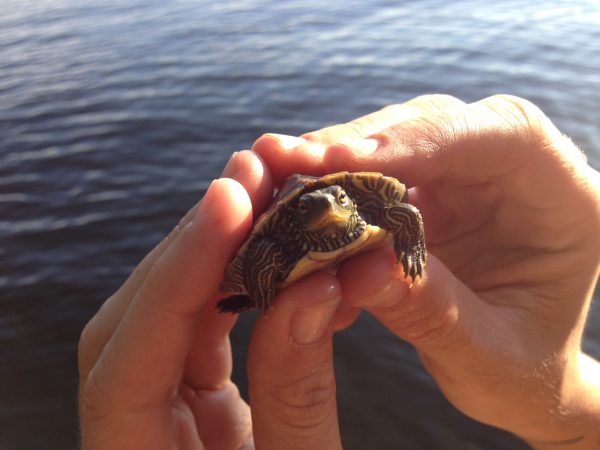 Here’s the best part: I have no idea how to really use a camera. But Kai and her boyfriend do, and they genuinely got excited about the shooting we were doing, coming up, with their professional eyes, with much better ideas than I would have on my own. Alone, I never could have made my vision come to life. But my big wonderful family was up for just about any and everything. 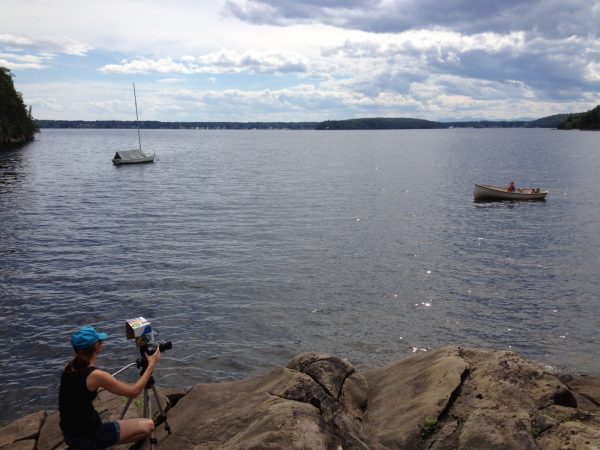 This picture says everything about what it feels like to make with them, for which I am, and always will be, eternally grateful. That Life cereal box doubling as shade so Kai can see her playback? My son had just finished it up that morning. Life and art, side-by-side.