Today I want to share two book launch case studies: one a novel, the other a nonfiction book. Both authors are tackling the same question: how to share the work that matters most to you in a world that is changing so fast, making it impossible to plan ahead?

The answer is resounding: with creativity and human-connection at the heart of the book launch. 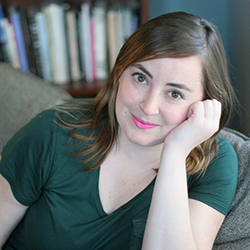 A few months ago, I shared part 1 of my book launch case study with author Leigh Stein. She and I worked together last year to develop a launch strategy for her new book: Self Care: A Novel. I shared some advice in that post:

So how is Leigh adjusting her initial strategy in a world that is nearly entirely shut down? Well, with poetry, of course.
🙂

In early March, Leigh started writing poems again for the first time in a decade. One of her earlier books was poetry. She loved the new poems she was creating, and wanted to share them. She reached out to her agent and editor, and pitched them to different media outlets.

Leight ended up launching her own newsletter for the poems. She was also a guest on a popular daily podcast, where she read the poems. That alone got her 100 new subscribers.

Do I think poetry is the right answer for you and your book launch? Nope.

But I want to pause and make a critical point. So often in “book marketing best practices” I see the same vanilla ideas promoted again and again. The problem with it is that since everyone is copying the same ideas out of a sense of obligation, then tend to not work. So it leaves the author frustrated and confused.

What that means is that it is working for her on multiple levels. I’m a huge believer that marketing should be an extension of your creativity. That how you create and how you share are connected to the ways that writing and art binds us on a human-level.

Beyond the poems, Leigh has been very busy on the rest of her book launch strategy. She said she is constantly sending out new pitches, and sharing every idea she has. Her biggest piece of advice is this: “focus on what you can control.” With so much changing around us, it can be easy to question if you should bother. You should. Focus on why you write. On what you can create. On who you can connect with. On how it creates the magic we hope for when someone reads your work.

You can listen to part 2 of my case study with Leigh here, where we dig into more details on how she is approaching the book launch of her novel. 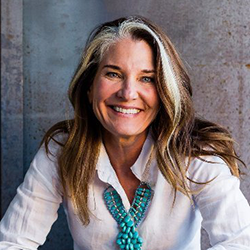 For our second case study, I want to revisit a conversation I had with Jennifer Louden. Three weeks ago, she released her new book: Why Bother: Discover the Desire for What’s Next. It currently has 216 reviews on Amazon, every one of them a 5-start rating. She’s also been featured on many podcasts and really connecting her book to readers.

It’s worth noting that Jen does a lot of speaking and live events, that is a huge strength of hers. When everything shut down, that meant that she couldn’t use these skills in the way she had planned. In the 1990’s, for the launch of her first book she traveled around the country speaking and doing events, and she said that is one of the reasons it became a word-of-mouth bestseller. She wanted to recreate that for this book.

When recent events forced her to cancel her book tour and other plans, she said “Everything fell apart, and I got really depressed. Then I said to myself ‘read your own book.'” So she returned to her core message in order to navigate this.

She said: “I had to find my commitment to the book again.”

So she started a street team. This would basically be a group of people who sign up to help her spread the word about the book. She said her email list is around 18,000 people. At first her fear was that she would have to restrict the number of people who could sign up for the street team, but said, “We actually had a hard time getting people. I think we had around 180 people, I thought we would have to cut people off at 300.”

So even with a big mailing list, with the incredible trust that Jen had created with subscribers over the years, the conversion rate of people signing up to actively support the book was smaller than she thought by more than 1/3.

Let’s talk about conversion rates for a moment. 180 people from 18,000 is a conversion rate of 1%. I think a lot of writers would be surprised at how low that number is. I can see writers thinking to themselves “If I had a list of 18,000 subscribers, I’d bet that easily 20-40% of those people would sign up to shout about my book when it comes out.”

Actually, it is amazing that 180 people raised their hands to support Jen’s book launch. But I simply want to note that conversion rates are often lower than people expect. So don’t bank you entire book launch on having some huge conversion rate to one marketing tactic.

Then Jen admitted that the street team wasn’t as active as she hoped they would be. She built a Facebook Group for them, and said “It was crickets a lot.”

She realized, “The easiest thing to ask a street team to do is one thing.” In other words: don’t expect them to do 10 or 20 actions to support your book, instead focus them on one key action.

The one thing she really focused them on was to post reviews for her book on Amazon. When I asked how she got 200+ 5-star reviews, she said: “I just heckled people. During the online book launch party, I asked people 17 times to post reviews. I was a broken record. And I’ll have to keep doing that. We are creative people, we don’t want to do this, right?” She is preparing another email to the 400+ people who attended the book launch party, asking them again to post a review on Amazon.

This is something seasoned authors know: you have to ask. For instance, if you hold an in-person book launch party at a bookstore, you can’t assume that your friends, family, and supporters know that they have to actually buy the book in order to support the bookstore. I mean, that is why they are hosting you — to sell books. You have to tell people that, even if they already received a free book. You have to tell them to buy a copy (or three!) at the bookstore during the launch party. Otherwise, the bookstore will lose money on the event, and feel it was a failure.

In addition to all of this, Jen is doing a lot of teaching around the book, is a guest on a lot of podcasts, and is pursuing Facebook ads. She will also be reaching out to other big name authors and influencers she knows, asking if they would host a joint webinar or call where Jen is featured. Here again, she talked about how she was surprised by the results. She knows a lot of very successful people, and she said that some have immediately said “yes” to do something with her. But she said, “[others have] ignored me completely. There are people who I thought would really be there to support me, and they have ignored me completely.” 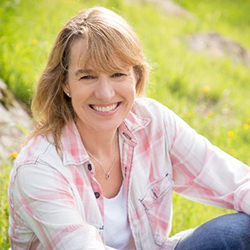 This is something that author Audrey Monke shared when I spoke to her and did a book launch case study. She said: “Some of the people I was 100% sure would be on board (with supporting and promoting my book), weren’t.”

When she and I talked about this, she mentioned that there were people who she was generous to for years. She provided as many resources to them as possible to help them out, and 100% assumed they would be on board to support her book. They weren’t.

Why? I think those reasons are always complex and personal.

The point I want to make is that you can’t assume that everything you plan will happen as you hope it will. At times during your book launch you will be shocked that something you expected to happen, just doesn’t work out. Don’t let that throw you off balance.

Jen strongly encouraged authors to really focus on just a couple of things. Don’t overwhelm yourself trying to do 1,000 book launch tasks. Choose ideas that you can follow through on all the way.

She ended by saying this: “The thing I see with other author’s books is that they devote so much time during launch to promotion, then they give up. They stop. I will not be giving up. I am going to be devoting a chunk of my life for at least the rest of this year to this book.”

That stamina is inspiring to me. It is something I think about all the time, how the books and music and art I love was not usually discovered the day it was released. What we create can inspire and help someone at any time. We each have a choice how we create and share our work with the world.