Successful writers often share the same advice to others as to how to find success:

Each of these actions develops habits, builds experience, and provides more context for you – the writer – to pull from. Yes, success is ultimately defined on a qualitative basis, but quantity plays a part in that journey.

This year, I have set a goal for myself of publishing one ebook per month for at least the next six months. That means write, edit, format and publish an ebook every 30 days or so. I shared the first one, A Writer’s Guide to Blogging, a little over a week ago, and have had wonderful feedback on it so far. I am now well into writing the next book, and on track to release it before the end of March.

A 30 day creation & release schedule adds something else to that list of advice to writers I often hear:

“Ship” means to release something to the world. To publish. To make the leap from something being an idea in your head, or a file on your hard drive, to putting it in other people’s hands. It invite’s judgement, but also opens the door for success.

There are a lot of variations on this advice. Seth Godin is who I first heard “ship” from; Malcolm Gladwell talks about the 10,000 hours of work you need to put in order to find achievement; and lots of writers say (I believe I remember Bob Mayer saying stuff like this): “butt in chair” as a means to encourage other writers to not wait for the muse, but to do the work necessary to finish a book.

I recently talked to someone who worked on a major political campaign, and their office motto for creating initiatives to reach voters was “F*** It, Ship It.” Meaning: if they obsess over every detail, they will never get anything into potential donors’ hands; they will never raise enough money to fund the campaign. (Note: they won the election.)

In other words: it’s good enough. It’s more important to put it out in the world, get over their fear, learn from the experience and, move on to creating then next thing. That your skills grow through the series of projects you create, not obsessing madly over just one for years and years.

For many who care about craft, there is a resistance to this type of thinking. I imagine many of you already thinking, “There is so much stuff out there (blog posts, Tweets, books, magazines, TV shows, etc), what the world does NOT need is people publishing more stuff that is anything less than amazing.”

I certainly understand this point of view because we both live in the same crowded world. My day is spent among piles of books, seemingly infinite social media feeds, and thousands of songs to listen to.

In my life, I have found that when I shared something, I became better at my craft. When I created something and never released it, its value dissipated. Its potential was hidden by fear of shipping.

I used to manage a bookstore cafe in the 1990’s. The store was a thriving center for local poets, writers, artists, musicians and other creative folks. We were open from 11am – 11pm, and I one day proposed to the owner the idea of throwing midnight parties in the space once per week.

What was born was one of the most creatively charged seasons of my life. For three months, I held weekly midnight parties, each with an entirely different theme, decorations, menu and entertainment.

Every 7 days, I had to conceive a concept, build props, cook food, create and deliver 100 custom print invitations, and often craft some form of art in that week. For instance: one week I shot and produced an entire short film; another was a costume party; another had a band playing.

It was amazing to learn from this process, to go FROM IDEA TO EXPERIENCE in so many quick iterations. To judge the value of the idea not in a vacuum, but by sharing it, and seeing what it contributed to others’ lives.

There are plenty of things I have not shipped in my lifetime. I have hundreds of hours of music and songs I wrote and recorded that have never seen the light of day. Likewise with poems, short films, a series of pop up books I created, photos, ideas for large scale sculptures and many other artistic endeavors.

Yes, I became a better person for having worked on these projects. But I could have learned so much more if I chose to share them with others. If I shipped. But I didn’t.

For the books I am creating this year, I am excited about the monthly cycles of ideation, outlining, writing, layout, formatting, editing, and publishing. I will focus on core topics first, which I have written about and taught for years, and more slowly developing larger topics that require more research.

I have had the absolute privilege of spending most of my life around creative people: writers, artists, musicians, photographers, designers, and others. As I look back at middle age (I turn 40 today), and see which of these people still engage in their art and their craft, I often find that those who shipped are those who are still engaged in their creative work. The others who wouldn’t release their work for one excuse or another, only seem to look back fondly on their art and craft, instead of looking to the future at what else they can create. They never developed the habit and skill of shipping.

This is not to say that creativity is only for the young. Some of my biggest inspirations are those who began writing and creating when they were older – 40, 50, 60, 70 and beyond. As I consider what this year will mean for me, it is very much about shipping.

My days feel not only more creative, but unbelievably filled with amazing writers and other folks who are building things that are meaningful to them.

At 40, I have never felt more vibrant or alive.
Thank you for being here with me.

(And if you want to check out the first in my series of ebooks, here it is: A Writer’s Guide to Blogging.) 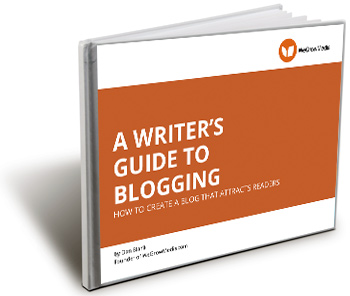