I spent the past two days engaging with amazing writers and publishing professionals, coming together in the Get Read conference, which was months and months in the making. Today, I want to give you a peek behind the scenes to show you what the experience was like.

What I love about the idea of an online conference is that everyone can attend from wherever they are. For me, this meant I still had plenty of time to have breakfast with my son a morning where I had to ensure nearly 10 sessions went off without a hitch: 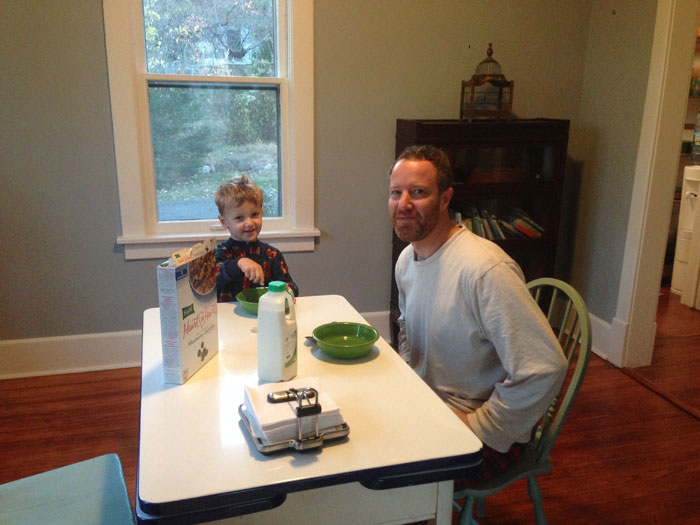 Here is Get Read Central. It’s hard to describe how obsessive I got in planning the system, and creating backups of backups. In this photo is three computers, and some external hard drives. Not seen are the battery backups and even the generator out in the garage! I also had two people assisting from off site locations. (more on them later) 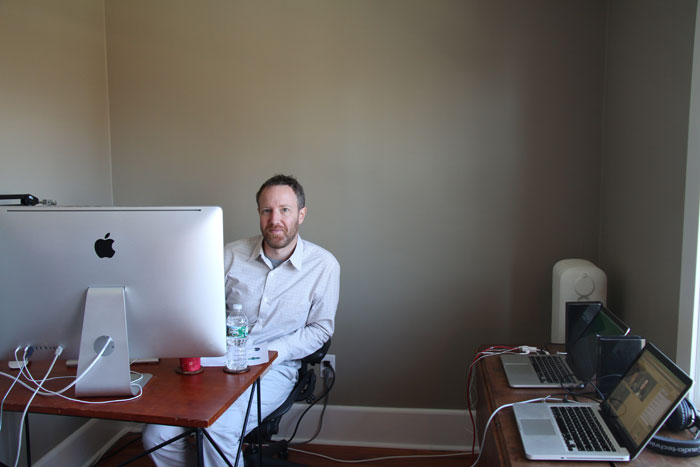 This is the interface. All attendees see and hear the presenters, and use text chat for interaction: 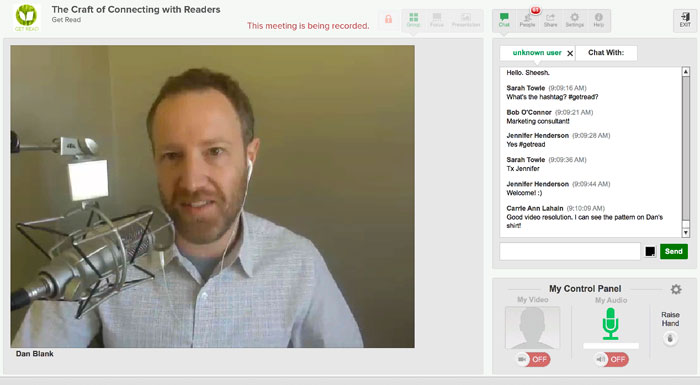 Most of the sessions were interviews or panel discussions. Here, Porter Anderson chats with Barbara Freethy: 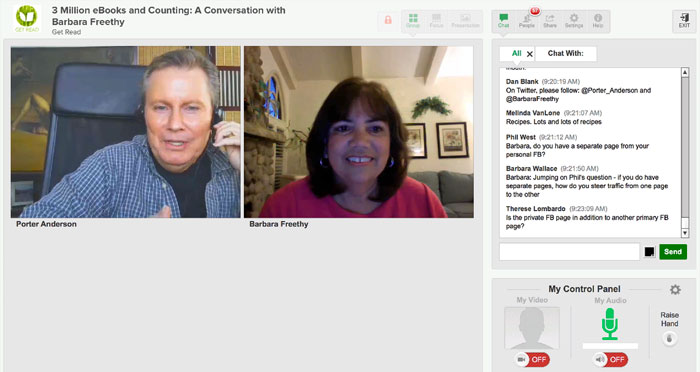 My experience watching the panel with M.J. Rose, Barbara O’Neal and Therese Walsh: 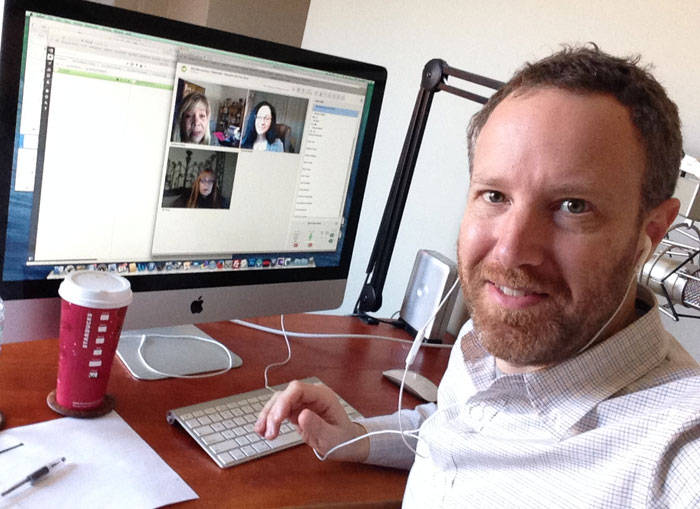 Porter Anderson talking to Roz Morris. Porter in Florida, Roz in UK, me in New Jersey, attendees all over the world: 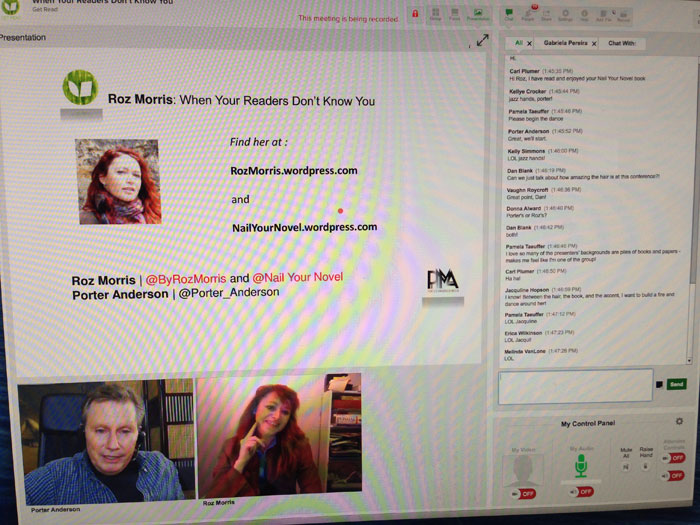 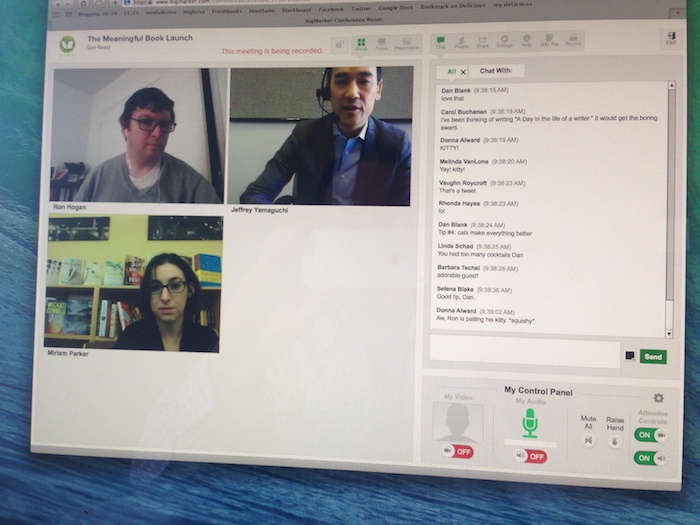 As Get Read came to a close, I had a brilliant sunset for the final author chat with Claire Cook and Allison Winn Scotch: 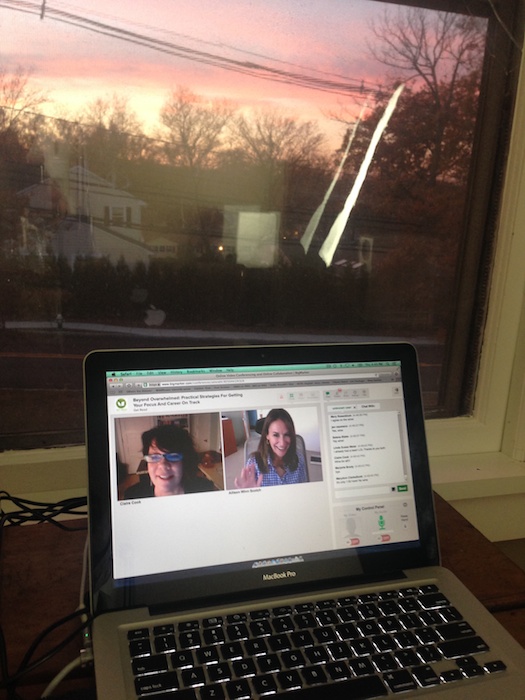 For me, the event ended with the same person it started with… I had Owen say hello to the attendees in my closing session. 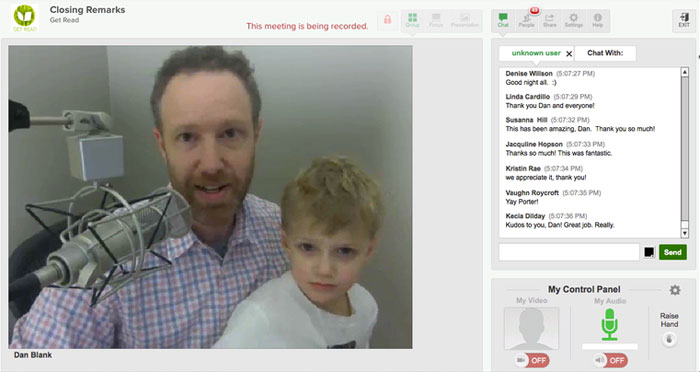 It was lovely to engage with conversations elsewhere too… here is the #GetRead hashtag on Twitter: 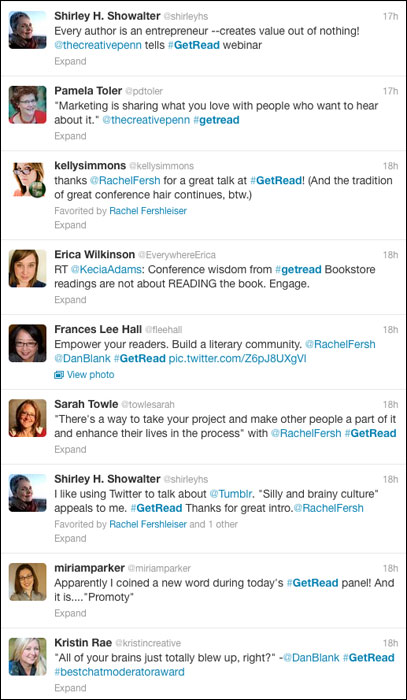 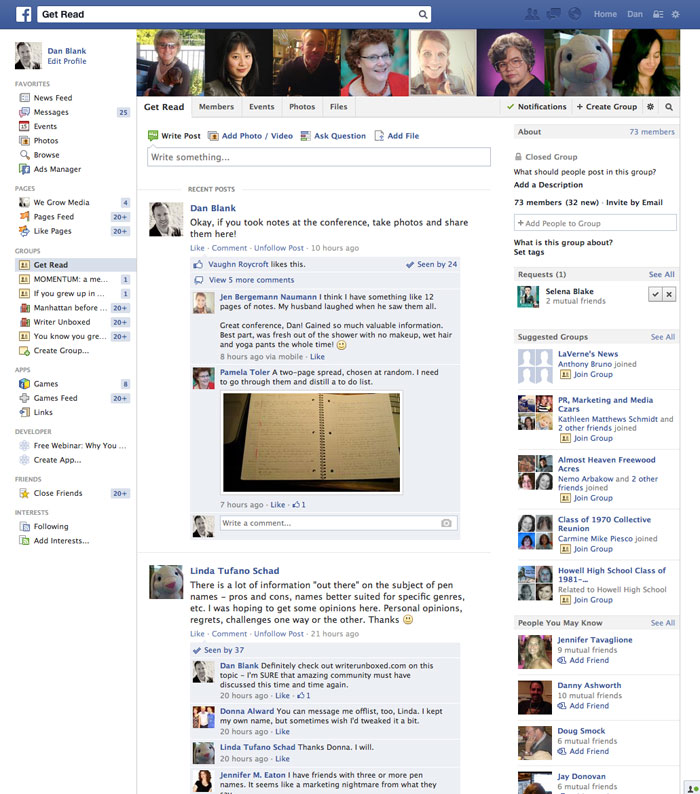 And here attendee Pamela Toler shares a photo of 2 out of the 27 pages of notes she took at the conference:

All of this is built on enthusiasm, because none of it makes sense to do without that driving force.

It’s been an intense two days, and I still need more time to let my brain settle down to reflect on it all. There will be lessons learned for me, and I have already been carefully paying attention to things I got wrong – ways I can improve.

There are so many people to thank for creating such an amazing experience. First and foremost is Porter Anderson, who went above and beyond to invite speakers, pull together panels, run live sessions and provide advice and support. Thank you Porter.

I recruited a group of advisors early on in the planning stages who were so wonderful in helping me figure out what this thing should be, and what it shouldn’t be. In the early days of fleshing out the idea, there is a real sense of vulnerability, with lots of moments of confusion among the hundreds of decisions I’ve had to make in the past few months. These advisors helped ensure I didn’t venture too far down the wrong path. Thank you Jason, Elizabeth, Jane Friedman, Guy, Ami, Rebecca, Therese, Chuck, and of course, Porter.

Two friends lent a hand in helping to run the event itself: Scott McDowell and Gabriela Pereira. To say that these two are grossly overqualified for the work they did to support me is an understatement. Having them present meant a lot to me, and ensured that we transitioned smoothly from one session to the next. Likewise, Shaina Mangino and Caya Schlosser helped me frame things in the early days of planning. Thank you all.

I can barely begin to thank all of the attendees who filled these sessions with conversation, camaraderie, and a real sense of community. Thank you all.

For the system I used to run Get Read, I have to thank Paola Trentadue for letting me know about the BigMarker.com platform, and to Joe Yeoman from Big Marker for all of the support. And of course: thanks to the entire Big Marker team!

I also have to thank my friends and family who gave advice in many small moments in the past few months, and for my wife and son for being patient with me as I figured this whole thing out!

I started this piece by talking about how much enthusiasm has come from this event, and how that is what fuels things. And looking back on it, I feel so happy that so many people found value in the experience. Personally, it’s hard to ignore the almost overwhelming sense of risk that seemed to come with every part of planning this. With so many people involved, with trying to run nearly 20 live sessions online, I kept feeling as though I would let some people down in some way. In the next few weeks, I’ll be figuring out what I could have improved – some folks have already provided INCREDIBLY useful advice for things I should have done differently, and how I can improve for next time. Thank you for that.

As with any event, there is so much that goes on behind the scenes that is never seen. For me, I spent weeks and weeks developing a system to run this event on. I researched software, spent hours in forums, and ended up designing and developing a completed system for Get Read that… exploded on the launchpad. You see, I figured out the software I needed, learned a lot about bandwidth and streaming video, I developed an entire website on a brand new web server, and had it ready to go. In the very first test it was clear, the audio would pose a huge issue, and that was without dozens of attendees logged in at the same time. Could I have worked out the bugs in this system? Perhaps. But instead Paola’s email suggesting Big Marker came in at exactly the right moment, and less than two weeks before the live event, I flushed the entire system I spent weeks/months developing in order to go with Big Marker. At the time, it felt like strange decision, yet another risk, but I’m glad that is how it worked out.

Thank you to everyone for your continued support and enthusiasm. Okay, time to go play with Owen…
-Dan