I read this update on social media from writer Andy Dehnart recently: 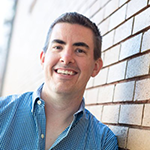 “A few months ago, I started querying literary agents to find representation for the book I’m working on… This week I received my fourth consecutive rejection. Four pitches, four rejections… I’m sharing this because, when an agent does say yes, I don’t want it to seem like it just magically happened. There’s a long, sometimes challenging path to that point. Likewise, my book, once written, will seem like it arrived fully formed, but there will be 15 years of work there: on and off, false starts and abandoned approaches, anxiety and excitement, revision and rewrites. But this is all the work, and it’s the fun part.”

This will feel familiar to anyone who tries to share what they create. For you, it could be the sense that you share something on social media, and get no ‘likes,’ that you host an event and no one shows up, or that you launch a newsletter, and nobody subscribes. Or it could be 1,000 other efforts you make to create and share, which seems to garner no interest.

But that isn’t the case. As Andy says, this is the work. The work of how we create and share, but also how we have a positive impact on the lives of others. It’s how we develop our craft, create meaningful experiences with others, and develop a sense of personal fulfillment in the process. Even when it seems like nothing is happening, you are making progress.

I recently interviewed author Janae Marks and she shared her own version of this story: 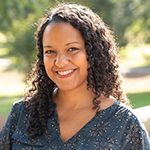 “For the first book, I think I queried 60 or so agents, and all of them rejected it. For the second book, I didn’t even query it because as I started to revise it I realized I didn’t like it that much. But I workshopped it a lot. For the third book, I had the opportunity to write a book for a book packager, which ultimately didn’t go anywhere. That took a lot of time to write and revise. Maybe I queried 70 agents total for these first three. For my debut, I only queried like 15 people before I was able to get an offer.”

Her “debut” novel was the fourth book she wrote, and it received an incredible reception: 900+ reviews on Amazon, starred reviews from major media, and selected as a must-read book by many organizations. She described the process of sharing her work like this:

“Sometimes you feel like you are shouting into the void, you wonder, how do you stand out?”

Surprisingly, she described how grateful she was that the first 3 books didn’t work out, because it allowed her the time she needed to create an even better book for her debut novel.

So often, when it comes to how we share, we focus on the numbers. How many followers, likes, subscribers, reviews, and more. But marketing is not about numbers. Every time I send this newsletter, people unsubscribe. Every single week, and I’ve sent this out every week for 15 years. Is that a failure? I don’t think so.

The other day I received a lovely note from someone telling me they are unsubscribing. What did I feel as I read it? Joy. Why? Because their reasons were so clear. They said:

“I just unsubscribed — but I want to tell you how much I enjoy your work. I just started grad school toward my MA in creative writing, and am thinning out my inbox in order to stay sane… but I still listen to you every week on the podcast!”

How could I feel anything other than gratitude for their support and joy that they are focusing their attention on what will lead them to fulfillment?

Let’s compare that with another note I received recently. Someone had reached out saying that he has subscribed to my newsletter for nearly 15 years, and he appreciated my dedication. He first subscribed when we both worked for another company, but in offices halfway across the country. We’ve never met in person, but he’s emailed me several times over the years. 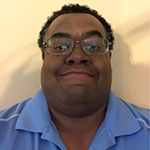 I can’t express how much that means to me. Those who subscribe to you aren’t a number, they are a person who is making a decision about who and what they engage with. That subscriber’s name is Charles W Johnson, and his photo is to the right. When you consider what it means to share your work, always remember that each of those numbers you see on social media represents a real and complex person. Someone’s decision to stay subscribed or unsubscribe is their own, and one that metrics can never fully reflect how your work has impacted them. I asked Charles via email why he keeps reading my work, and he said this:

“I keep reading because I not only enjoy it but I’m a writer too. I have an English degree from DePaul, I used to write a blog with the Chicago Tribune and I always learn something.
I’m from the south side of Chicago, we are loyal to what we like”

One person receiving an email I’ve sent out each week for 15 years. That’s amazing.

I received something in the mail the other day, this brand new cassette tape: 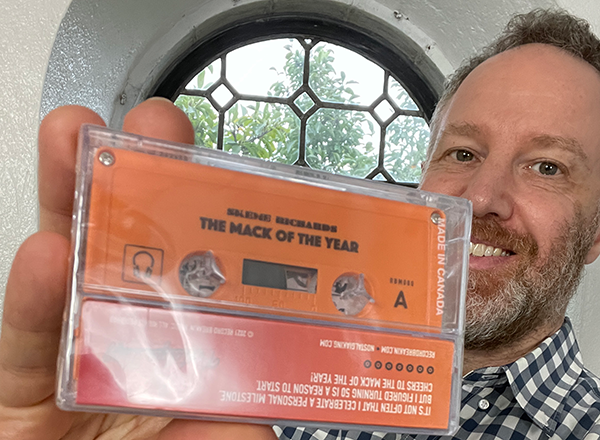 This is the first new cassette I’ve purchased in more than a quarter century. I’ll bet you may be surprised that anyone even makes cassettes anymore, but evidently, they do! 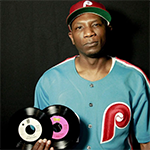 This is a new release from Skeme Richards, a DJ that I have interviewed on my podcast not too long ago. Releasing music on cassette would seem to go against all the popular trends of going viral through digital media. It is limited to 200 copies, required me to wait a week or two to receive it, and cost $15 plus $6 shipping. Is a cassette the most efficient way for me to listen to this? Um, nope.

Everything about this release focuses not on breadth, but on depth. It’s not about how many people it can reach, it’s about reaching the right people in the most meaningful way. Skeme’s tape sold out really quickly. I imagine those who purchased it include his biggest fans, those who have a cassette deck, like vintage tapes, or simply want to support Skeme.

These are not just random people culled from his social media stats. They are individuals who are engaging with Skeme and his music in a meaningful way.

As you consider what it is to create and share your work, I encourage you to focus on the individuals who support what you do. The names, the faces, and connect with them in a manner that develops meaningful experiences, not just social media stats.