No one showed up. That is what happened last week when my friends Scott, Andrea and I held a local meetup. This was our 10th event, which we started a year ago. We called the series MOMENTUM, and sought to bring together local creative professionals who were looking to create momentum in their business and craft.

We sat there chatting, eventually someone stated the obvious: “So I guess no one is showing up.”

I wrote a post about the success of that first event – so why was it that I had a natural inclination to NOT write about the event where NO ONE showed up? What is it about that fear of sharing what could be described as failure?

Once we realized that it was just the three of us, something changed. We began talking about the local creative culture, and the projects and people that excited us. One name came up, and instead of waiting for him to show up, Andrea just texted him right then. 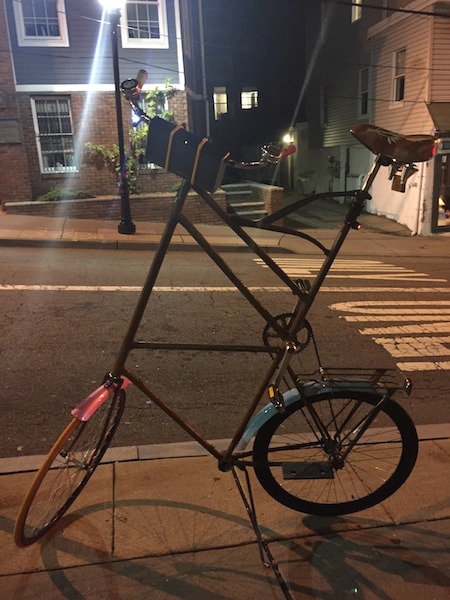 The person she texted was Erik Hendrickson, who she recently befriended, and who Scott and I would always see riding around town in super tall bicycles that he builds. A photo is to the right.

It turns out, Erik runs a business called HICYCLES (and here he is on Instagram). Andrea described his studio and how he works, and Scott and I were immediately drawn in. She texted him, and a half hour later, he pulls up on his bike. For an hour, we stood outside discussing his craft, his art, and what it means to turn an idea into reality.

Erik was filled with ideas, and is clearly searching for a footing to build momentum as a creative professional. At some point within that hour, he texted one of his friends, who of course shows up on their own super tall bicycle.

As we stood out there talking, the people who passed by couldn’t help but make a comment about his bike, or smile and nod in appreciation. 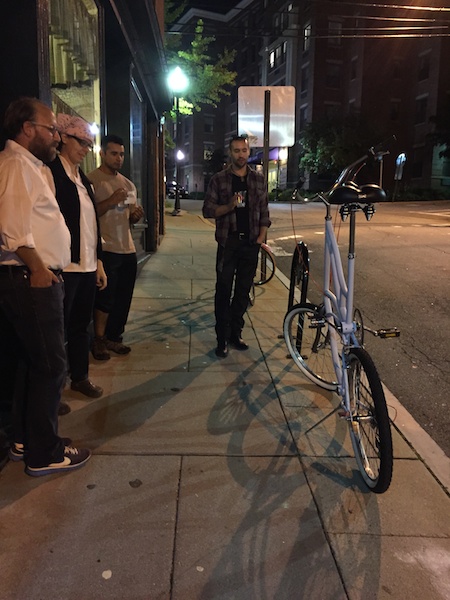 It was a great conversation, but… are these meetups a “FAILURE” in overt terms?

Let’s explore this with the typical glass is half full/half empty metaphor.
Here is the half empty glass:

This is a total pathetic failure, right? Perhaps. Well, let’s explore the glass is half full angle here:

In the book I am writing, one thing I am exploring is that lonely, anxiety-ridden, time consuming work that happens before one finds success with their craft. I can’t help but consider the good that has come from these meetups, and to challenge Scott and myself to see how we can make the momentum we FEEL turn into something that is obvious to others.

Scott and I have been exploring the initial catalyst that lead us to create these meetups. Scott put it this way:

“To keep it simple, I think the value of Momentum meetups really has been, “Oh there are people doing things, I can do things, too.”

He explained how so much of success is to “keep going,” even when things don’t seem to be working, and that our meetups should be about helping others in the area to do just that – to keep going with their creative vision.

When I look back at the past year, I remember so many conversations we have had at these meetups, and incredible people I have met: 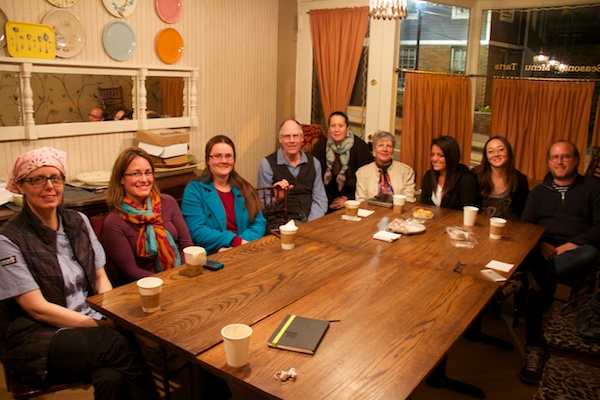 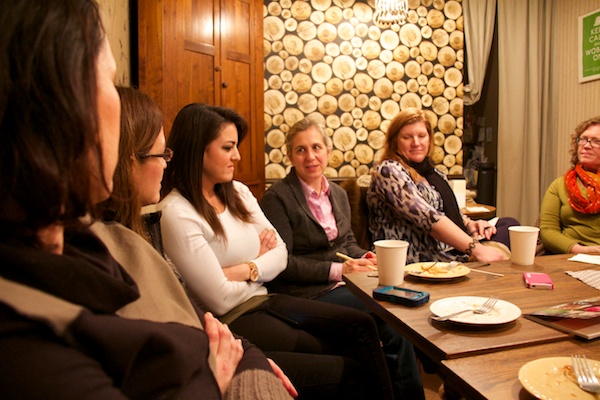 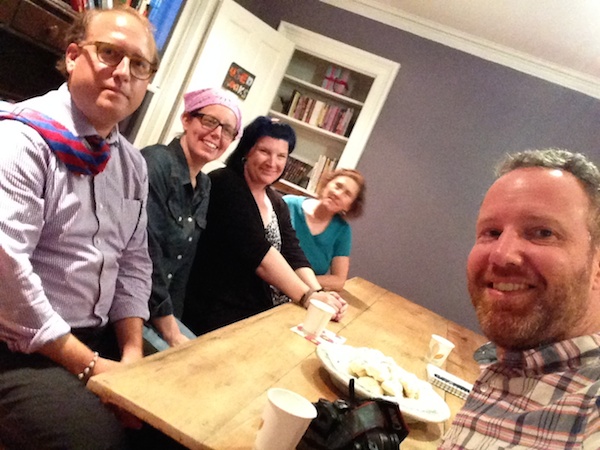 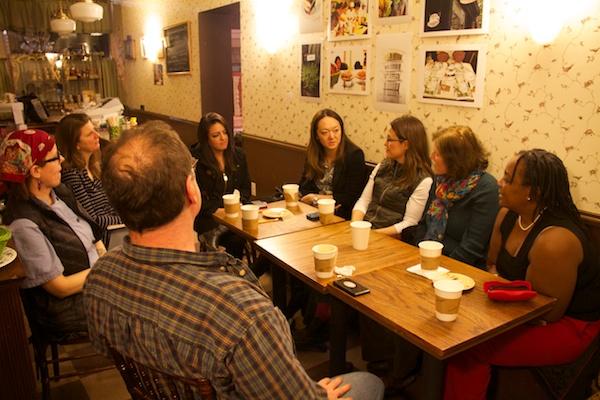 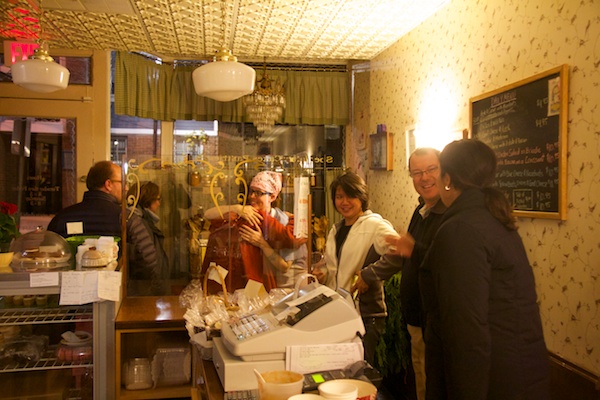 Sure, no one showed up to our last meetup, but I do feel there is a momentum of spirit. That so many creative professionals I know feel a bit lost; they wrestle with anxiety; they look around and see so many indicators that encourage them to stop. These are things that every meetup has been about – even if it was just Scott, Andrea, and I.

Is there real failure in this process of running these meetups? YES! Failure of opportunity. Scott and I will both freely admit that we haven’t taken this meetup as seriously as we could have. This was always positioned as a fun extra, but we made the mistake of just hoping it would fall together each month all on its own. That isn’t really fair to Andrea – our host – and even to the expectation we set with those who do attend.

Was there value to be found in every single one of our meetups? Sure. Could there have been MORE value if Scott and I actively reached out to the community throughout the month, bringing in more guest speakers, aligning with events and projects in town, and doing really ANYTHING to market this to a broader audience? YES, absolutely. We failed to do those things, and there is no doubt that this means we could have delivered more value to Andrea, to those who support the meetup, and to ourselves.

Moving forward, Scott and I are discussing how we can evolve the idea of Momentum meetups, and do work that truly honors our intention.

Our conversation with Erik provided a spark for what Momentum could look like in the future: a roving meetup that brings us to artists studios, community events, and into the lives of people doing incredible work in this community. I think we have to challenge ourselves: how can we do more to not just recognize these people, not just connect these people, but truly SUPPORT them and their work?

It’s worth noting that Andrea has been the secret ingredient to all of this, and one of the most incredible connections I have made in this process. Simply put: Andrea is a genius. So practical in her insights, and how she explores what it means to run a business while staying true to her craft. She is inspiring to me not just because of her vision, but with her sheer boldness and gumption. She runs Artist Baker (here she is on Facebook and Instagram), and has been the host for many of our meetups.

Momentum in your creative work isn’t always obvious. It can’t always be represented in data – in fancy charts and graphs. While Scott and I have a lot of work ahead of us, I am excited by the milestone that a year later, we are still here trying to figure out how to make this work.

What does your process of trying to build momentum look like?