I just returned from the 99u Conference in New York City, whose goal is to share “pragmatic insights on how to push great ideas forward, create incredible art, build businesses, and change the world.” Today I want to analyze what I thought of the event, and in general, what I look for in a great conference.

Return on Investment
I work with writers, and go to a lot of publishing, writing, and media conference. I am in the fortunate position to speak at many of those conferences, so I always get a free ticket into the event. What this means is that for 99u, I paid the $1,000 ticket price. This was not an easy decision, and even in the months after I purchased it, I wrestled with guilt that perhaps the money could more directly help my business if put elsewhere.

In general, I tend to feel that many conferences play to the attendees who will expense the ticket, they don’t pay it themselves, their employers do. This goes for big corporations as much as small design firm of 10 or 30 people. I run my own company which is three years old, and I am the sole supporter of my family. So $1,000 really means something in that regard.

The other investment is time. It meant that I was taking off two days of work, and shoving everything important into the earlier part of the week. This adds stress, to a certain degree.

So when I consider return on investment, I was looking for practical takeaways that would truly help me grow my company and ensure I was providing deeply meaningful value to those I serve.

Let’s Talk About Clichés
Clichés suck the soul out of conferences. Yes, I realize clichés exist for a reason, and I will explain more on that below. But clichés have to be the jumping off point to a conversation, not the goal. So if someone says “The more you give, the more you get back,” then I want to hear specific examples of how that happened in their career. And I want to hear about the scary parts of that process.

Likewise, I think vague models often act as clichés. So when someone shows you their “perfect process” in some kind of diagram. This can go two ways:

So an example of vague models would be this advice from Yoda:

“Fear leads to anger, anger leads to hate, hate leads to suffering.” Why does this model not work? Because each word is interchangeable and works however you order it:

They all sound fine and smart, but the ordering doesn’t really give you a practical first step forward.

So if you are going to present a model about creating an amazing product/service or how to best help your clients/audience, then I want it to make sense in a way that measurably changes my work week. That you don’t just say: “Listen. Build. Do.” but that you REALLY dig into how to do each step, what the risks are, and how you hacked through system and after system before you landed on this one.

Likewise, there can be words that pop up such as “greatness” or “extraordinary.” It is so easy to say these words, and expect applause. But these words are meaningful because they are difficult to really execute on. And for this audience – an audience of doers and makers – it is not enough to have bold ideas, but to understand how to realize them. In practical, everyday ways.

How I Measured Value
The one thing I was NOT measuring value on was how inspired I felt. 99u differentiates itself by this quote from Thomas Edison: “Genius is 1% inspiration and 99% perspiration.” They are about “Making Ideas Happen.” So, while funny or inspiring talks make me feel good, so do the archive of TED Talks online.

Instead, these are the things I wanted to walk away with:

At the beginning of the conference, 99u posited a very similar set of goals: 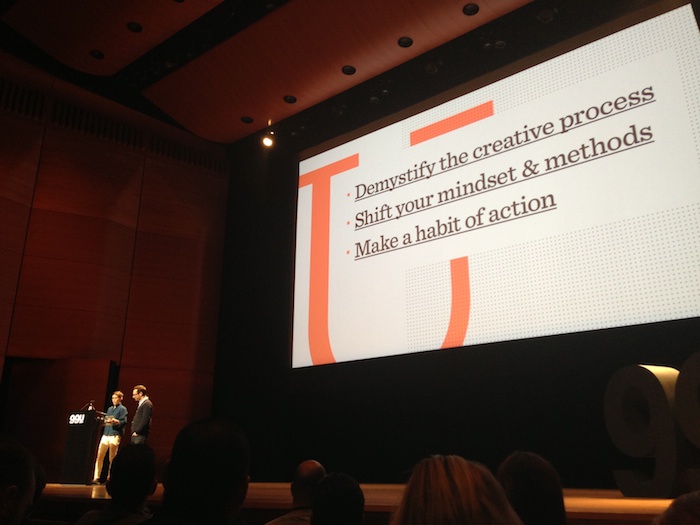 What Made a Great Session:
Some sessions at 99u were amazing. They delivered on everything I hoped for. Others were not. I want to avoid naming names because I ABSOLUTELY RESPECT EVERY SPEAKER FROM THIS EVENT. If I didn’t feel I got value from their talk, that does not indicate I don’t appreciate them. Every speaker is accomplished in ways I can only dream about.

Okay, these are the two parameters that defined great sessions for me:

Sessions I Loved And Why
These three were my favorite sessions: 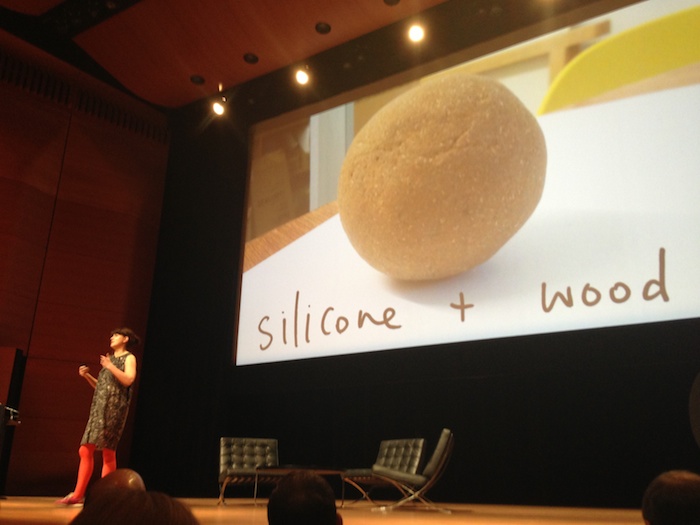 This is Jane ni Dhulchaointigh, inventor and CEO of sugru. Her talk was the only one to get a standing ovation, and to me, this is the reason why:

Jane’s talk celebrated what her users were able to create, not what she herself or what her product created.

Her story was incredibly powerful and one that tends to resonate with me: YEARS of struggle to try to not just understand and frame her idea, but actually bring it to fruition. She talked about the dead ends of trying to partner with large companies, last ditch efforts to make things happen, the credit card debt, failed experiments, and the value of friends and family. It was an emotional talk, but one filled with practical lessons. 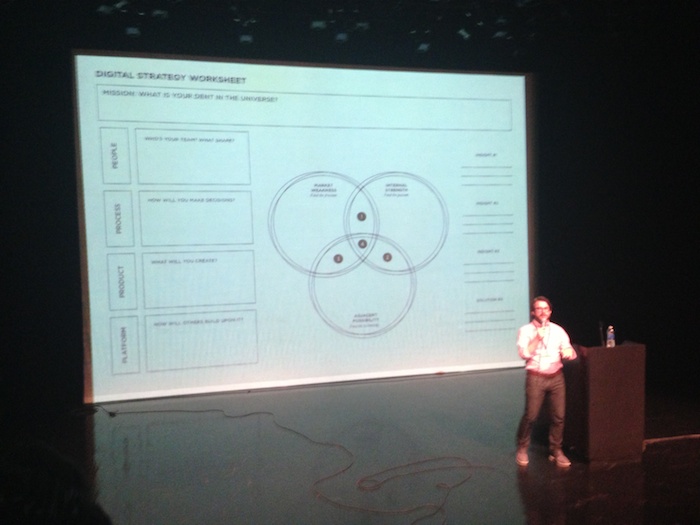 Aaron Dignan, CEO of Undercurrent did a longer “masterclass” on the topic of digital strategy. He provided example after example from his own experience, provided a model for how he works and kept taking us through it from different angles, and had incredible enthusiasm for creating. Super smart guy, but also very down to earth and giving. I took 1,500 words of notes from his session alone. 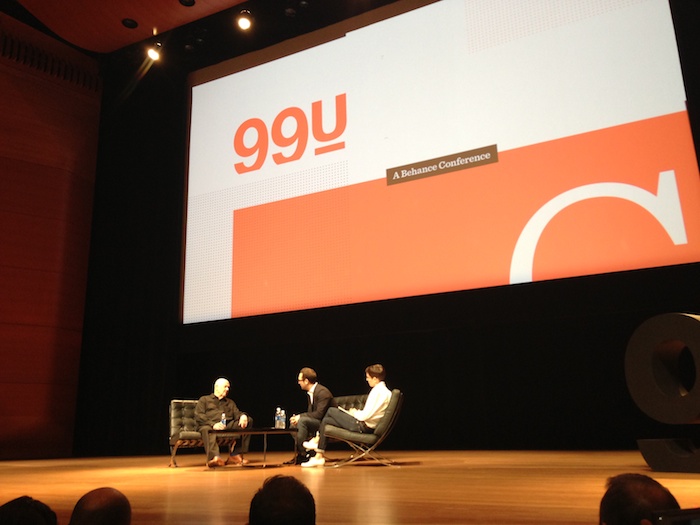 Michael Wolff, founder of Wolff Olins. Even though his experience is almost legendary in the branding world, he went places no other speaker did. First off: he was unbelievably humble. Second, he illustrated the value of questioning in such deep ways. When listening to him, I really got the sense that he, as a designer, sees the world differently. And in doing so is where you find the opportunity for amazing work. Wholly inspiring, but also very very practical.

Besides those three, there were other wonderful speakers and takeaways. Some highlights: 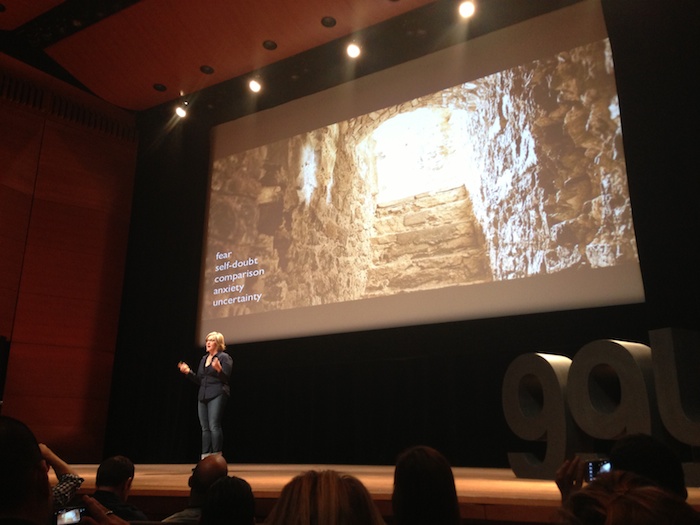 It wasn’t a surprise that Brené Brown gave a moving talk. There is so much to appreciate about what she shares, but this slide speaks to the place that I resonate with as you try to create something: fear, self-doubt, comparison, anxiety, uncertainty. Many speakers skip over these things as they share their stories of success. Brené doesn’t only share her research, she makes it deeply personal. And to have her open the event was a brilliant move. 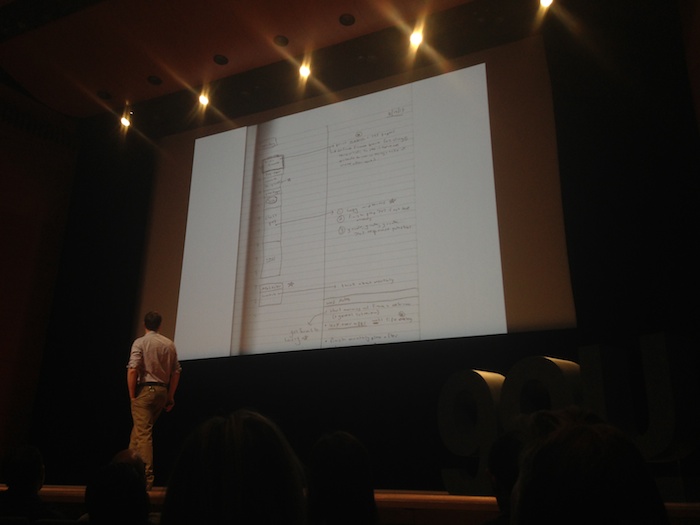 Here Cal Newport shows you his notebook for managing time via time blocking. Another person who had a great mix of research and practical advice on how to apply it. 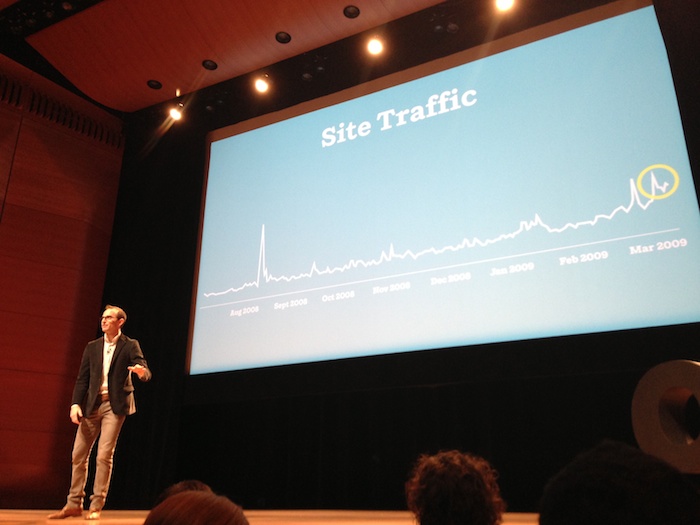 I love this chart from Joe Gebbia from Airbnb – which illustrates the long slog to success. He talked about the specific things they did to try to get the needle to move. 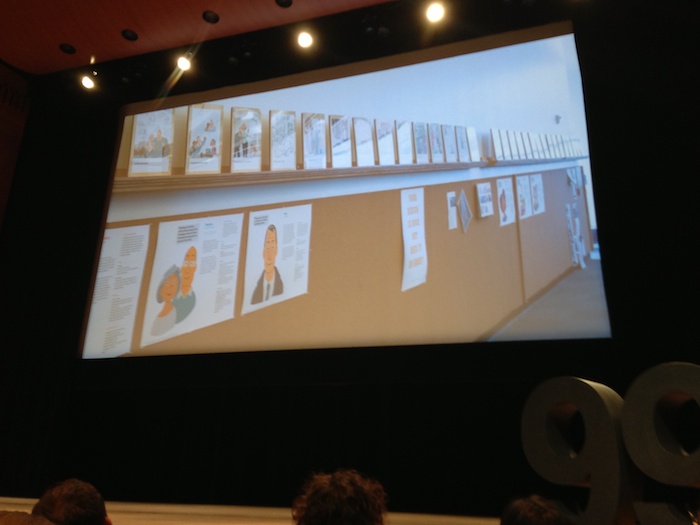 Here Joe shows us how Airbnb uses storyboarding. This was the kind of practical look behind the curtains I was hoping for. 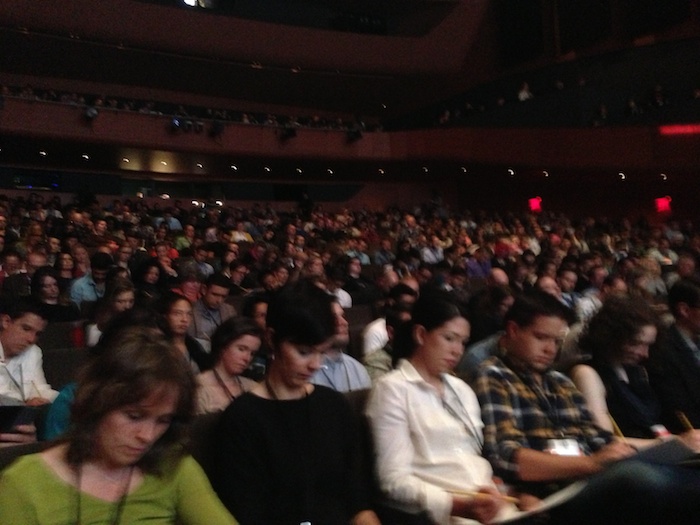 And here Joe gives us a brief exercise to fill out that he does with his own employees.

Other Tips
These were other things I did to try to make the conference a valuable experience:

Other Experiences
The conference offered a variety of experiences other than just the main stage, including master classes, off-site visits, mentoring sessions, as well as parties and breaks. It was held at Alice Tully Hall, with the after-party at MoMa. Really, you couldn’t ask for greater venues.

My Real Conclusion on Value
Was the conference worth it? I took more than 5,000 words of notes that I have to parse through still. Overall, I think these are the two ways I will know:

Thank you to the team at 99u and Behance for the event, especially Jocelyn K. Glei, Sean Blanda, Scott Belsky, and Matias Corea. I know so many others helped create this event, somewhere around 100 people, but these are the names I know.

Here are more photos from the event: 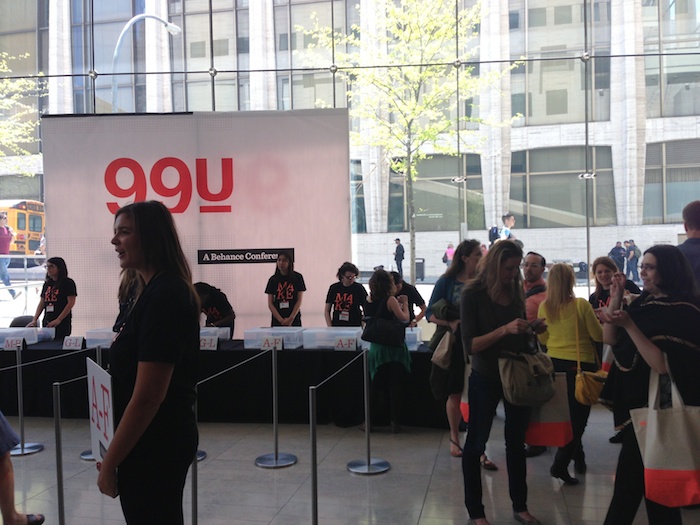 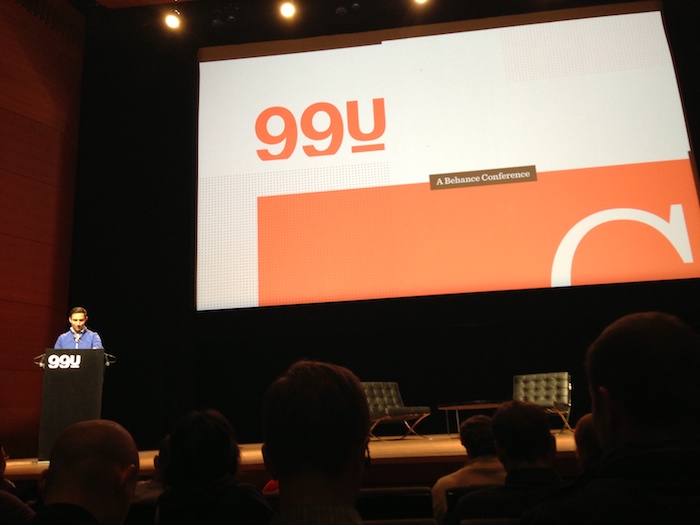 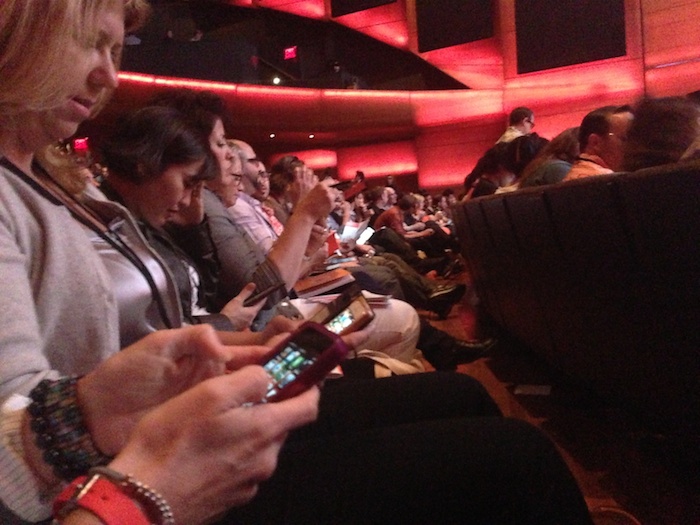 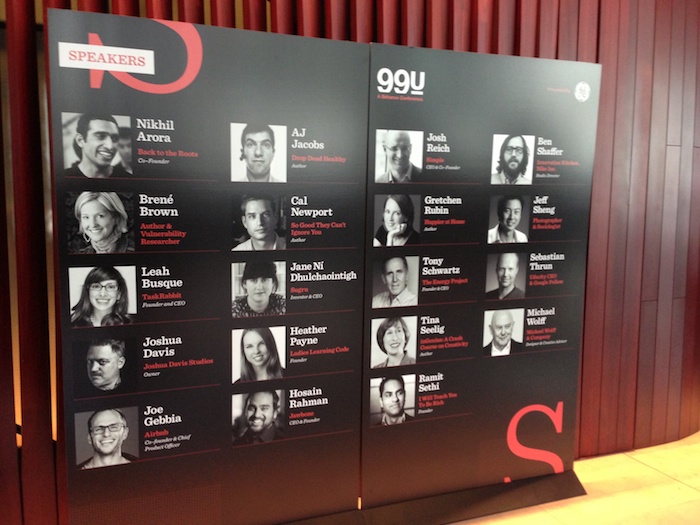 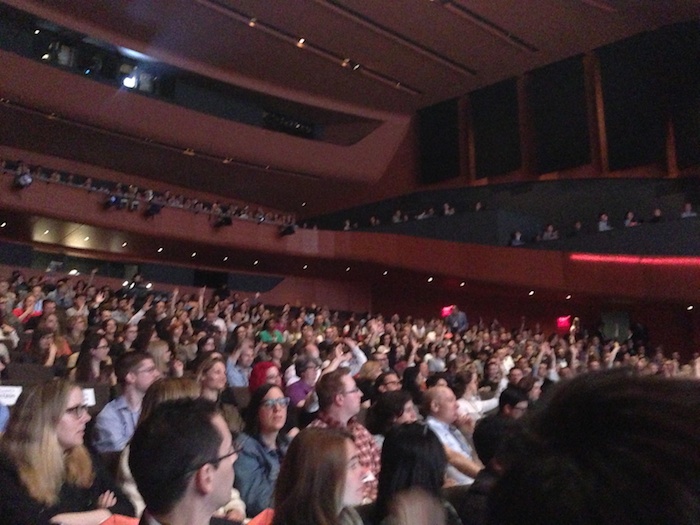