“I don’t ever give up” became my personal anthem in those days when I truly believed my career was over.”

This is how Miranda Beverly-Whittemore described the period in her life where she realized her writing career was in serious jeopardy.

When her second book tanked.
When no one wanted to buy the next two books she tried to sell.
When a publisher responded to a query with: “I don’t know if I have it in me to restart a career.”
When doors that had previously seemed ajar were now tightly sealed. And perhaps worse than seeming like an outsider, there could perhaps be a sense that she was old news. Done.

A year ago, I began working with Miranda on the launch of her latest novel, Bittersweet. The book was just released this week, yet it was 12 months ago that we had looooooong conversations about the potential of reaching readers based on who she is as a writer, and the stories she creates.

At the time, her website had a 2007 copyright on it, further indication of how much she had pulled away from being connected to the larger world as “a writer.”

In our conversations, she expressed her core motivation for this year of her life:

To feel she did EVERYTHING POSSIBLE to make this book a success.

After so many months of uncertainty, so many plans and actions, it feels incredible to know the book is out in the world.

And good things have been happening:

Last night, she had her official book launch party, held at BookCourt in Brooklyn. Here are some photos: 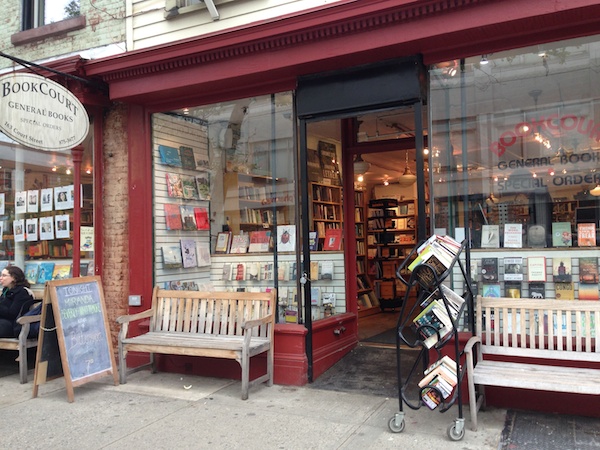 They have some amazing seats: 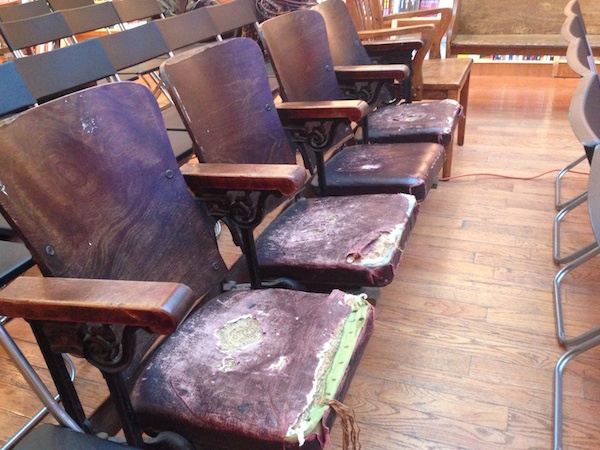 To the left is the mother & father of Miranda’s editor, Christine Kopprasch, with Miranda’s mother. You can’t beat parental enthusiasm. 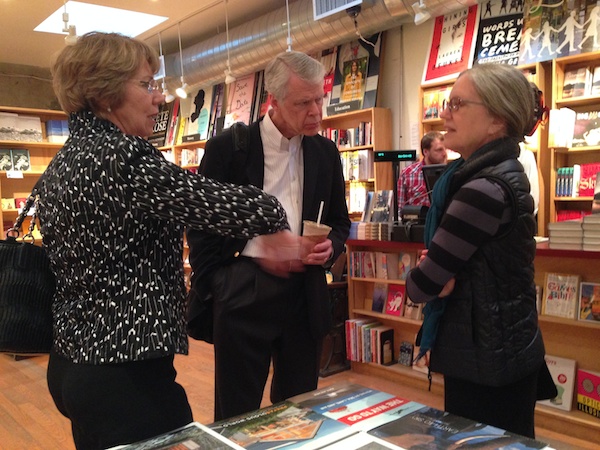 And here is Christine chatting with Miranda’s dad. Is publishing a business? Sure. Is it also an incredibly personal process? OH YES. 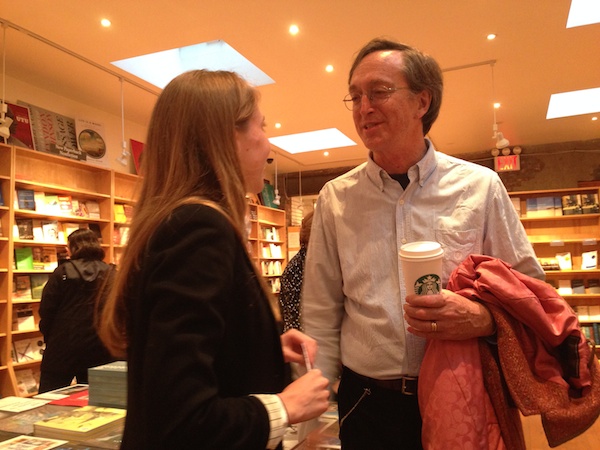 I love this photo showing how interconnected everyone is. Miranda is holding her son, who is holding onto David, his dad. (And Miranda’s husband, just to be clear.) 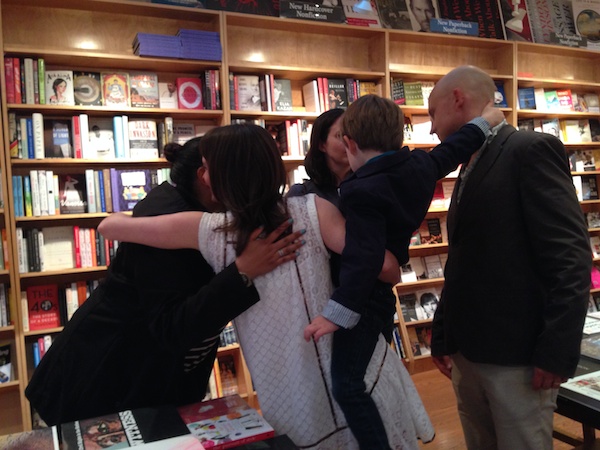 Miranda chatting with the moms. 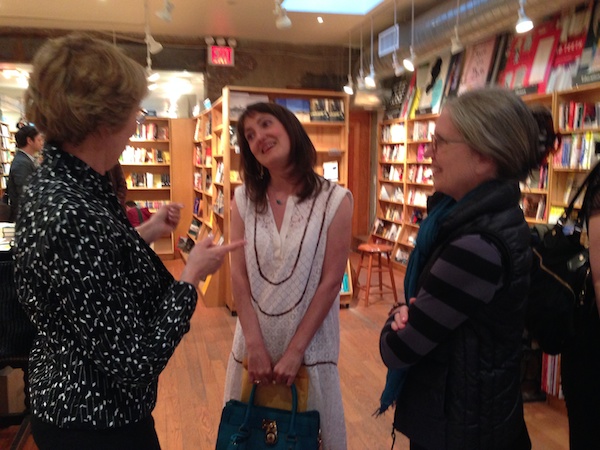 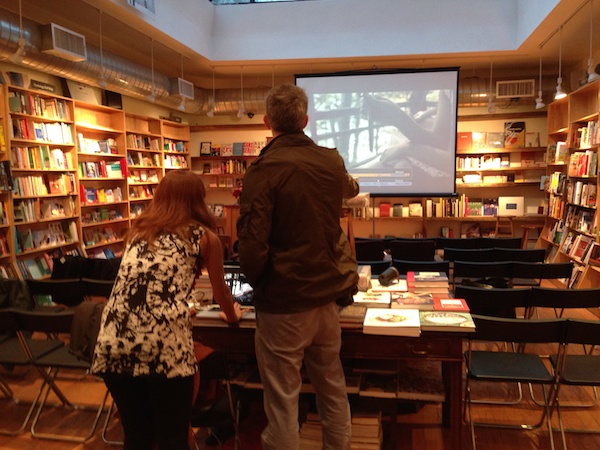 Christine introduces Miranda, talking about how trust is formed in the early interactions between an author and an editor: 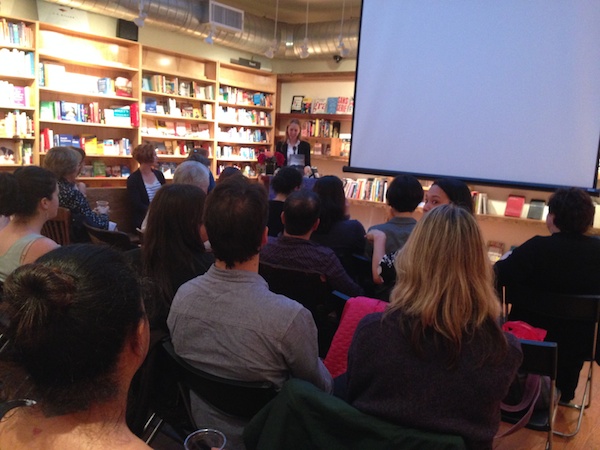 An awesome crowd of friends, family, and readers: 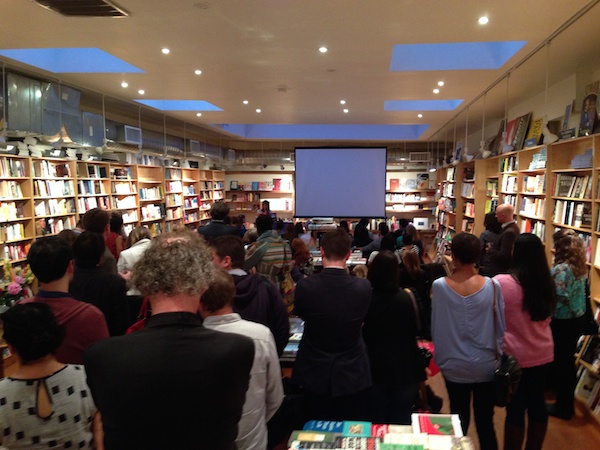 Now, I don’t NORMALLY take photos of people’s bags, but seeing this really brought it home to me that Bittersweet is now “out there” for anyone to purchase and read: 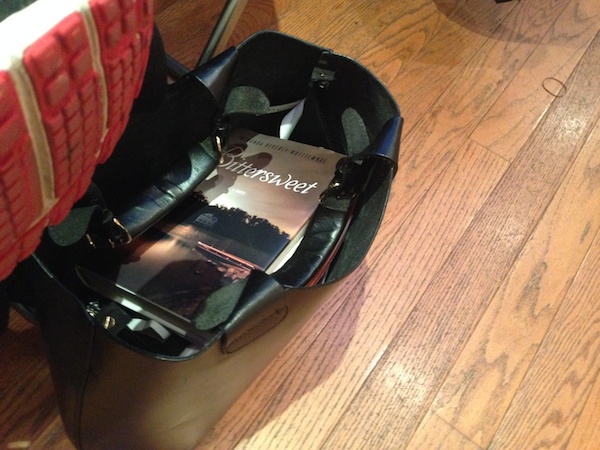 Miranda reads from the book and does a Q&A: 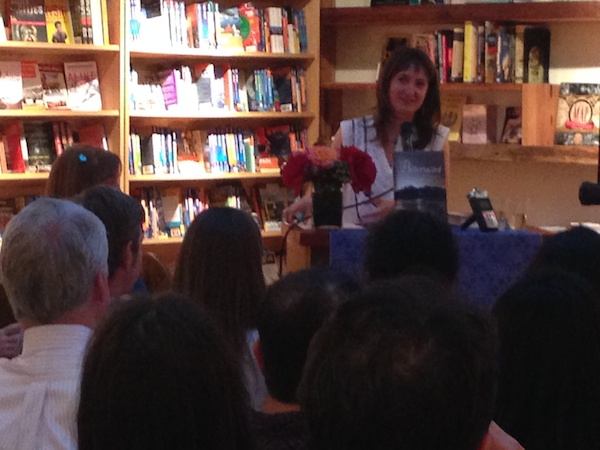 Miranda’s marked up copy of Bittersweet, which she read from: 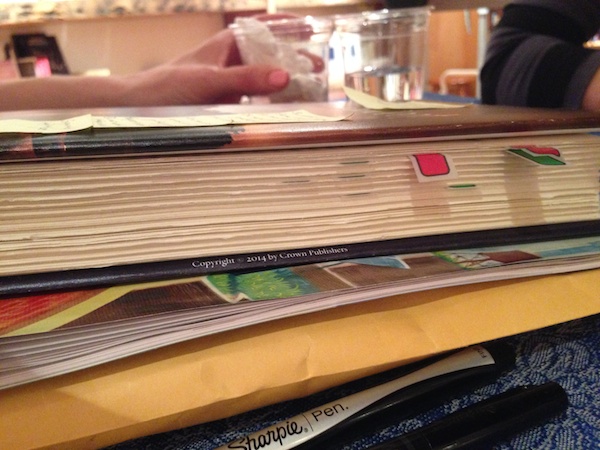 Someone delayed their dinner to attend the party! 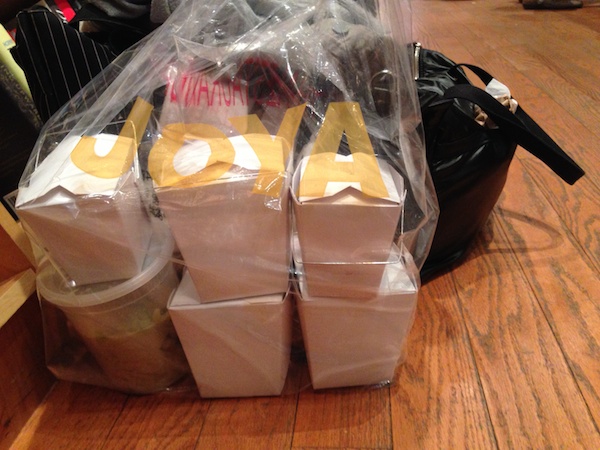 Lots of conversation. Much like a wedding, it is always fun to see people from different areas of Miranda’s life meeting and getting to know each other: 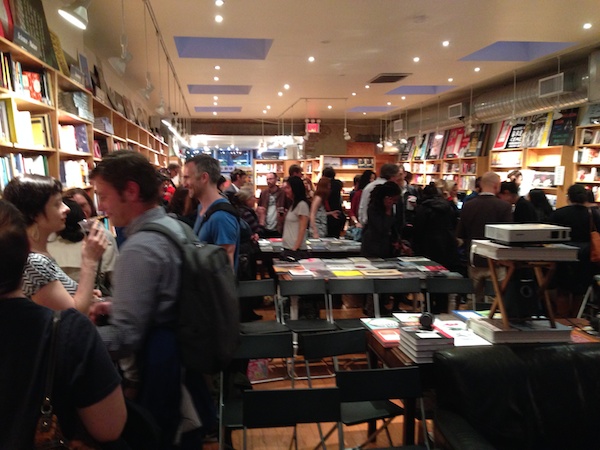 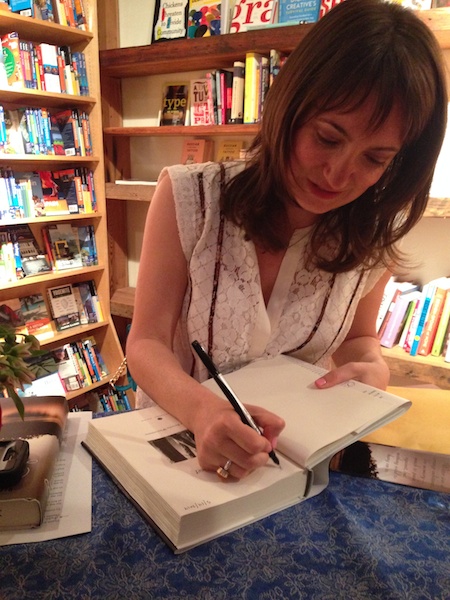 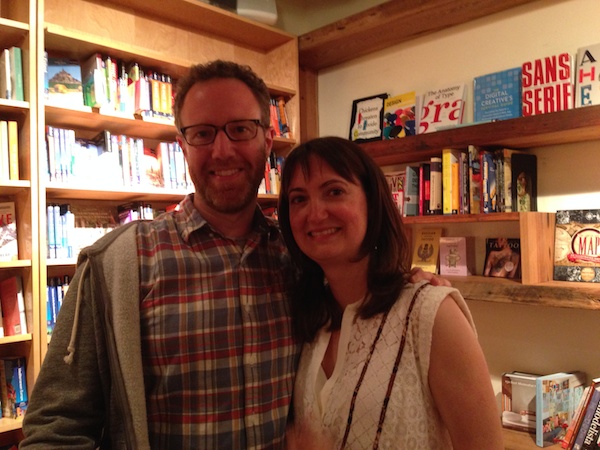 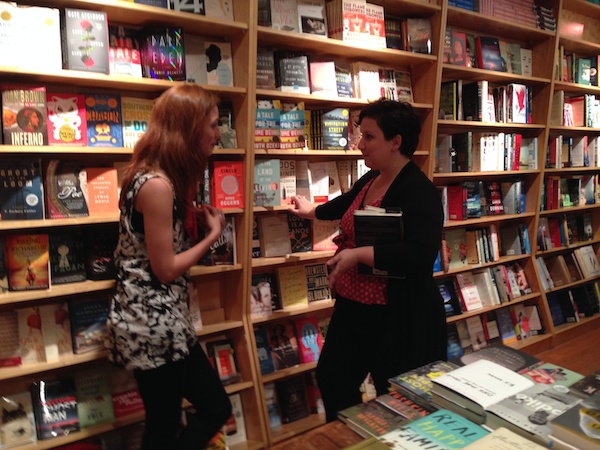 One of those “isn’t this lovely!” moments, with Miranda, her dad, her publicist at Crown, Rachel, and Christine. A mom may be hidden in there somewhere too. 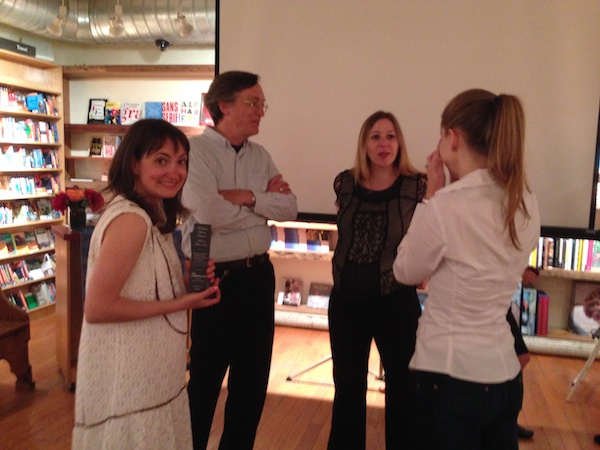 From the experience this month, I have been overwhelmed with two feelings. The first: the awareness and gratefulness of how many people are a part of this process. That “publishing is a team sport,” as I have heard Jason Allen Ashlock say before.

Let’s consider all the people involved in the process for Miranda:

These people serve so many roles, including emotional support, strategic guidance, as well as helping to shape the story.

John Green talked about how he is often held up as a model for the independent author, forging ahead without a middleman. But he passionately corrected any perception of that nature in this video, where he lists the people who helped create his books, and then says:

“We must strike down the insidious lie that a book is the creation of an individual soul, laboring in isolation.”

Here is Miranda and I last May at BookExpo, when we really began working together on Bittersweet: 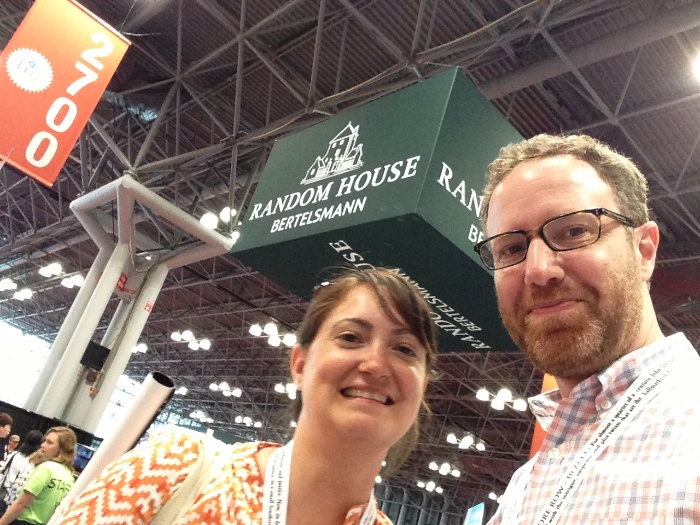 In the year since, we have shared more than 130 posts on our “Bittersweet Launch blog,” and of course, the book really began years before that, I believe back in 2010.

And in that time, she has worked incredibly hard, it was just breathtaking to watch. And this brings me to the second thing I have been thinking a lot about. Even though everything above is true, that all these people have been a part of this book, there is the singularity of Miranda, without whom, none of us would be doing any of this.

I actually looked up the word “singularity” in the dictionary, and one definition jumped out at me:

“Singularity: Astronomy. (in general relativity) the mathematical representation of a black hole.”

This one seemed most appropriate; that Miranda is the force that sucked us all into this story, into a world that she created, and into her enthusiasm as a writer.

That it begins and ends with Miranda. And my goodness, all I can really feel this week is gratefulness to her for that.

Thank you Miranda, for creating this world for the rest of us to live in.
-Dan