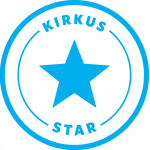 I’ve been sitting on my hands, waiting to share this exciting news with you. Kirkus, one of the most influential reviewers in the book world, has given Bittersweet a starred review. Here’s the link, but you can also read it here:

“As a young woman struggles to read Paradise Lost, she faces her own temptation. Is she brave enough to choose good over evil?

“Mabel Dagmar, a scholarship student at an East Coast college, is mismatched as roommate to the glamorous, privileged Genevra “Ev” Winslow. For months they lead separate lives, until Ev’s mother invites Mabel to Ev’s 18th birthday party—held at the school’s museum, where Ev has just donated a Degas. Despite their seemingly insurmountable social differences, Ev and Mabel become friends, and Mabel is invited to spend the summer at the Winslows’ summer estate on Lake Champlain, made up of cabins ranging from rustic to luxurious and a communal dining hall. She’s eager to go, especially given that the alternative is working at her parents’ dry cleaners, silently observing her mother’s bruises and enduring her disapproval. Mabel and Ev keep house together in Bittersweet cottage, while Ev’s domineering parents, Birch and Tilde, rule from Trillium House. Ev’s oldest brother, Athol, arrives with his tall, athletic, refined family. Second son Banning is close behind with his more disheveled brood. The third son, Galway, is an enigma. Up only on weekends, he keeps his distance, but his eyes rest on Mabel. After a chance meeting with Ev’s eccentric aunt Indo, Mabel is plunged into mysteries. What does Indo think she can find amid the old Winslow documents? Why did Ev’s cousin Jackson kill himself? Why is Ev hiding her romance with John, who works on the estate? And why are so many doors locked with heavy bolts? As she uncovers evidence of dastardly deeds—some deliciously improbable—Mabel comes face to face with her own secrets.

“Beverly-Whittemore (Set Me Free, 2007, etc.) has crafted a page-turner riddled with stubborn clues, a twisty plot and beguiling characters.”