Today I want to talk about the effect that we each have on the world. The legacy you are building.

As I read Tweet after Tweet from people talking about Steve Jobs, the message was clear to me as to his effect: he has challenged people to accomplish more in their lives. That may not have been his intention, but that was his effect: 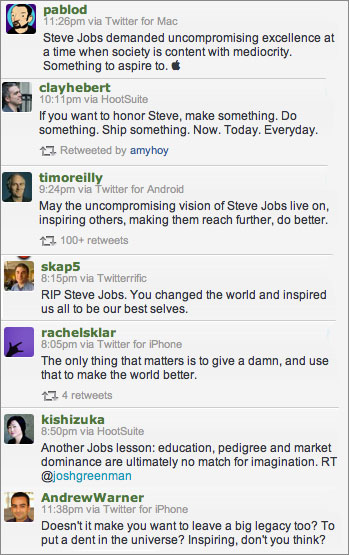 Now, you don’t have to create some technological revolution in order to have a profound legacy. Most likely, your legacy will be in the hearts and minds of those you know, those who surround you each and every day. It will be small, almost unspoken things. A ripple effect through the world, through generations. Long after you are gone, your legacy lives on in tiny actions and thoughts.

I work with writers, so I am constantly thinking about the power and effect of words. Sometimes I think about this in terms of the legacy of the written work of writers, other times in words we speak every day. And in this process, I have been considering a few words someone once said to me, words that have had a profound effect on my life. It starts with this…

This is the first book I ever made: 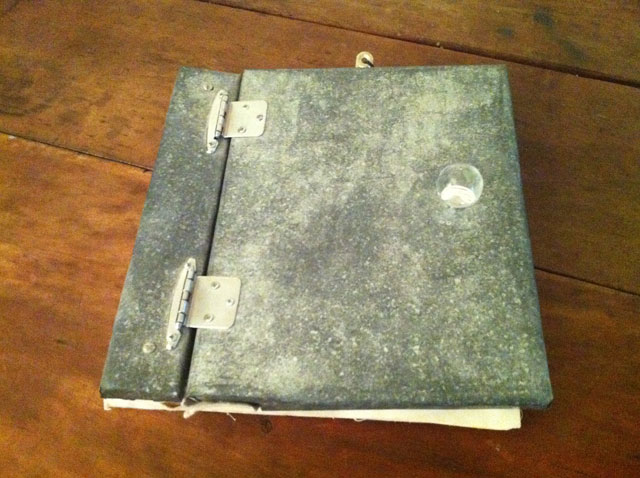 I was 17. It was my response to some project in my creative writing class, where we had to package together a few pieces of writing into a complete work (or something like that.) I went WAY overboard. I took dozens of photographs, wrote an original poem, with each line matching a photo, and constructed a book out of wood and sheet metal. I went to the hardware store and bought hinges and a handle. 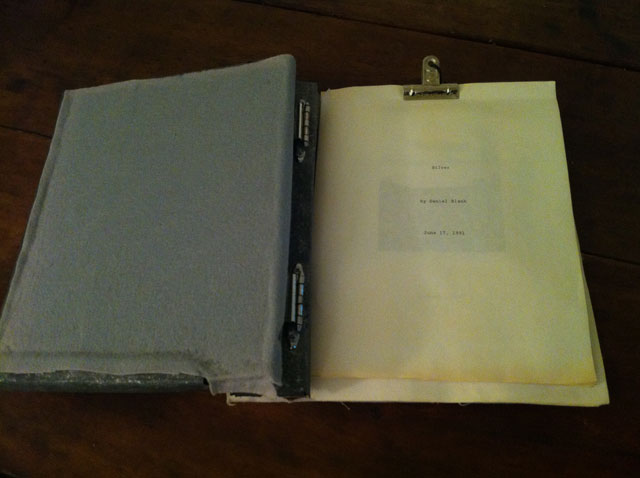 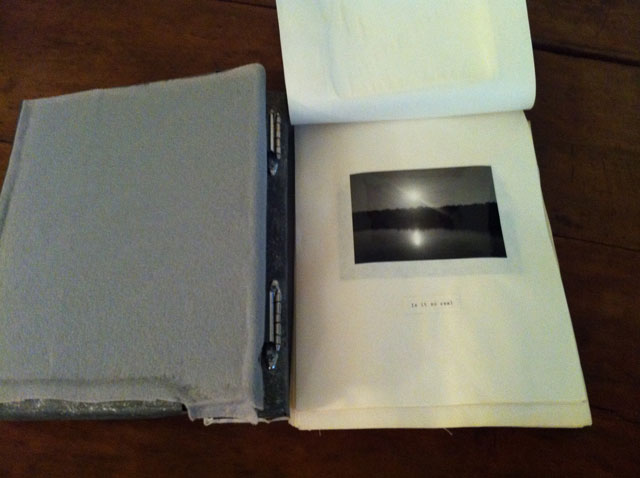 This book had an effect I didn’t plan, one that underscores the power of words. The most powerful result of this book wasn’t the poem within it, but from someone’s reaction to it. A guy in my class, not anyone I was really friends with, came over to my desk during class, and asked to look at the book. He slowly flipped through it, and when he was done said:

“No matter what you do in life, you will be successful.”

At the time, I sheepishly said “thanks,” and the moment passed really quickly. Just another moment in the life of a kid in high school.

But… I have thought of what he said nearly every single month since he said it. That was 20 years ago. Whenever I had moments of doubt, I thought of those words and what they meant.

And I would remember: that everything will work out just fine, as long as I put the same passion that I put into that sheet metal book, into whatever project I was currently working on. That my passion is my greatest resource.

I never told this guy what his words meant to me. In one regard, they were a few simple words, in a small forgettable moment. In another regard, those words helped fuel my entire life.

That is the power of words.

It’s easy to look at Steve Jobs or someone who had a sweeping and obvious effect on the world, and point to how they helped shape your life, how they inspired you. It’s harder to recognize the tiny little things, from the ordinary person, that has had just as big -if not bigger – effect.

This is why, when I work with writers, I never assume their goals. I never assume it’s to be a “best seller.” Because being a writer is a lifelong journey. Every writer has different goals, a different purpose, a different audience. And their effect cannot solely be measured by book sales.

In the past few years, another term has been talked about a lot to measure our individual value: “influence.” This too, is another funny measure. Why? Because we each inspire and shape the world in tiny ways. Some imperceptible even to those you “influence.” For an author, the effects of a book goes beyond the cover price, beyond the purchase. It may even go beyond the words in the book. It can stir an idea, a tone, a moment. Even a tiny movement.

I watched an incredible movie the other day: Bill Cunningham New York. It is a documentary about a photographer in New York who has spent several decades taking photos of “street fashion,” what people on the streets of New York are wearing. After thousands of shots, his conclusion:

“A lot of people have taste, but they don’t have the daring to be creative. We are in the age of cookie cutter and sameness.”

Bill is someone completely dedicated to their purpose. He would never take money from the media brands that hired him. His reason:

“If you don’t take money, they can’t tell you what to do. That’s the key to the whole thing, don’t touch money. They don’t own me. That’s the important thing, not to be owned. Money is the cheapest thing. Liberty and freedom are the most expensive.”

Does any of this sound familiar? Uncompromising vision, with a single focus? As my friend Kevin Smokler describes Steve Jobs:

“He wore the same clothes everyday, bought two giant fancy houses and never moved into them. He was worth nearly $8 billion but how many times did you read about his hot air balloon races, his antique car collections or other wild excesses? Never. There weren’t any. Mr. Jobs wanted everyone in the world to have great technology.”

I love writers because of their passion and their vision. And because words provide and unending resource for what we need most in life: Words allow you unlimited capital to invest in others.

That a simple compliment can fuel someone for decades. That one can create a world that inspires, or a doctrine that provides direction.

That there is exponential value.

The words you write and speak, will oftentimes be your legacy.

And for all that Steve has meant to each of us – total strangers – there is one photo that shows the power of his words, his being, to one individual: his wife (and vice versa, what his wife meant to him): 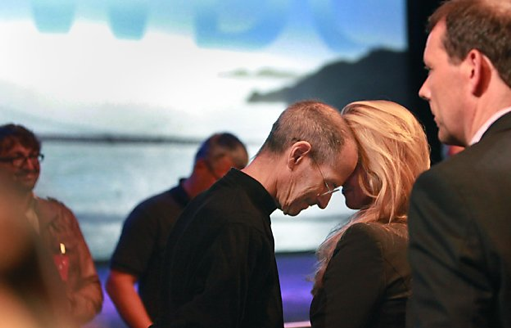 It was a photo taken at his last public speaking performance on June 6 by Lea Suzuki of the San Francisco Chronicle.

Maybe we each won’t change the world in sweeping dramatic ways that Steve has, resulting in a long list of patents. But we can all aspire to the image above. Effecting one person’s life in profound ways, with a power that is so great, it is immeasurable.

I will leave you with words that many others have quoted from him this week, from his 2005 Stanford University commencement address:

“No one wants to die. Even people who want to go to heaven don’t want to die to get there. And yet death is the destination we all share. No one has ever escaped it. And that is as it should be, because Death is very likely the single best invention of Life. It is Life’s change agent. It clears out the old to make way for the new. Right now the new is you, but someday not too long from now, you will gradually become the old and be cleared away. Sorry to be so dramatic, but it is quite true.”

“Your time is limited, so don’t waste it living someone else’s life. Don’t be trapped by dogma — which is living with the results of other people’s thinking. Don’t let the noise of others’ opinions drown out your own inner voice. And most important, have the courage to follow your heart and intuition. They somehow already know what you truly want to become. Everything else is secondary.”