How do people succeed when building their brands online? That’s a question I’ve been researching. And I have to say, when I found the answer, it surprised me.

Regardless of your goals, there is one overarching secret to success. This is the secret talked about in the early part of the 20th century by Napoleon Hill, and it is the same secret that I keep hearing again and again from successful entrepreneurs and those who have build powerful personal or business brands online. 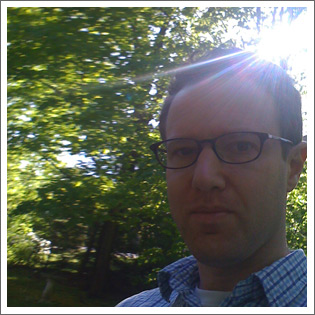 In fact, it is so well proven, that it can hardly be called a secret.

So what is the secret to success? Perseverance.

I know, you were hoping I’d say something else. Something that was easier, something you could buy or obtain to ensure success. But that thing doesn’t exist. There is no get rich quick scheme or miracle diet. There is no SEO tactic, no newsletter list building secret, no WordPress plugin that delivers the value you are looking for. There is only perseverance.

So today, I want to talk a bit about what that means when considering how to succeed online while you are building your brand, creating great content, and connecting with your community.

The Difference Between Being Successful and Failing

If I had to explain the background of most successful people, it would go like this:

It’s funny, this is why the phrase ‘fail early and fail often’ has become so popular. Ironically, Jason Fried of 37 Signals has a rant about how much he hates that saying, yet attributes the huge success of his Signal vs. Noise blog to perseverance. Inherently, perseverance implies that you kept going, long after all signs pointed to failure.

So what separates those who succeed from those who don’t? Well, this is the background of most people who don’t succeed at their goals:

Most people stop trying just short of reaching their goal. They get burned out, they refuse to innovate, they listen to all the voices around them that say “Why are you bothering, you are just embarrassing yourself.”

The Harder You Work, The Luckier You Get

I am a huge fan of the website Mixergy.com, where Andrew Warner interviews entrepreneurs 5 days a week. When explaining his own experiences in building his website, he said that if you go from posting 1 video a week to posting 5 videos a week, the gain in traffic and influence is not a five-fold increase. It is exponentially more.

Why is that? One reason is that when people know you are there every day, they make it a part of their routine to check you out. Another is that it increases the chances of serendipity – of luck – by at least 5 fold.

On the web, this can manifest itself in a number of ways: SEO, getting picked up in social media, having the right person see one of your videos, impressing a key influencer, etc. The chances of a 100 good things happening just increased exponentially.

How to Have Perseverance

So why do people try, try, try and fail?

Lots of reasons. But oftentimes, it is because they didn’t believe strongly enough in the goal. Maybe it was a banana company who saw a market-opportunity by extending their brand into banana flavored gum, but found it difficult to succeed in that market, so they fail.

I’d bet that they failed a lot faster and a lot harder than say Billy Bob’s Gum Company – where Billy Bob is the owner and LOVES gum – thinks about gum every day, and is a third generation gum manufacturer. I would bet that Billy Bob would find a way to make banana flavored gum a success.

So, inherent in this is to not just have a goal, but truly CARE about it. What this often means is that it has to be about more than money.

Often, the goal needs to be so compelling, that it even supersedes basic human emotions. Consider how many of us approached a sport we weren’t good at when we were in elementary school. Let’s just say it was kickball, and you were bad at it. Chances are, you got up to the plate, all the other kids were staring at you, you gave it a good shot, and couldn’t even kick the ball. It was just embarrassing. In all likelihood, as much as you wanted to be good at kickball, you just shied away from it because it was so embarrassing.

Those who succeed, don’t shy away, they don’t stop.

Perseverance in Building Your Brand Online

If you are wondering why your blog is getting no traffic, why no one is following you on Twitter, why your ‘personal brand’ is failing to gain attention online, don’t look in the mirror and think that it’s just not in the cards for you. It is.

You can succeed in your goals of building your brand, product or service online. But only if you want it more than the next person. Only if you keep posting those blog entries even when it feels stupid. Only when you say to your self “I am failing so badly that it’s embarrassing, but you know what, I’m going to keep trying anyway.”