My days are spent obsessing about the creative process of writers and artists. The photo below is of Danika Massey. She has this amazing channel on YouTube where she goes by the name ComicBookGirl19. Here she is on her couch, crying: 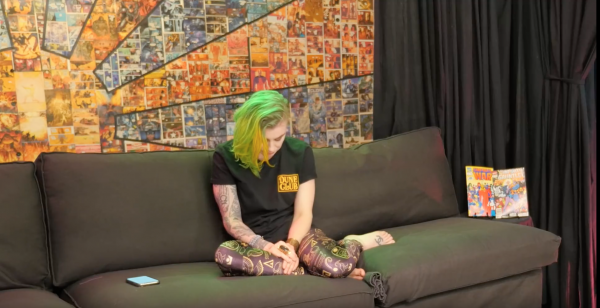 She had just got done telling her audience that she is going to have to stop being ComicBookGirl19. That she can’t financially sustain herself by creating YouTube videos anymore.

This is after 6 years of making more than 300 videos. After amassing an audience of:

Plus she has an online store, runs a book club, and more. Her work is soooo good, and she definitely describes herself as an artist (as she should.) I first discovered her via this 3-part video series where she takes you through the history of X-Men. It’s just amazing: Part 1, Part 2, Part 3.

It begs this question: if she can’t sustain herself financially via her creative work, how can anyone? An enormous part of me is convinced “she will be back” because of her talent, gumption, and fan base. Yet, my thinking that does just magically make it happen. She is working through her own creative process, one that there isn’t a roadmap for.

Now I’d like to dig into the relationship between failure and success. I understand that many people don’t like the term “failure,” so please bear with me as I use it below.

I heard of Sean McCabe years ago when his “Learn Hand Lettering” courses first took off. Sean wasn’t only helping people become artists, but he shared the behind-the-scenes of his success with blog posts such as this: “Behind the Scenes of a $177,803 Hand Lettering Course Launch That Made the First Six Figures in 26 Hours.” This is Sean: 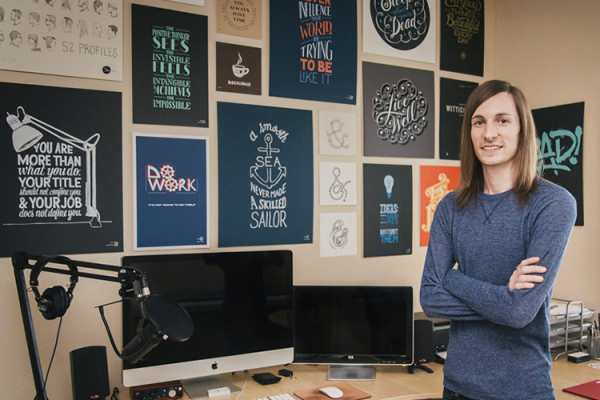 I’ve followed him since then, and while listening to his podcast this week, he began talking about his failures. It was astounding not just to hear about them, but to hear the tone in his voice as he described:

Now, Sean is perhaps the most positive person you will ever meet. In describing the challenges above, he framed all of them as lessons he learned and how he has bigger plans now.

But it was still amazing for me to see how someone who is successful has also been going through failure after failure in plain sight. His positivity and (yes, this word again) gumption keeps pushing him and his team forward. I’m interviewing him for my podcast in a couple weeks, I’m so excited to dig further into this with him.

I’ve followed Humans of New York for years, but was blown away by this interview with its creator, Brandon Stanton. 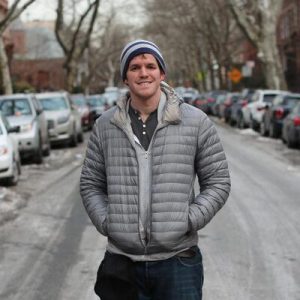 Brandon is wildly successful, with millions and millions of followers. He roams the streets of New York, asks strangers if he can take their photos, and asks them questions about their life. Often, their answers are profound.

In the interview, the first hour is spent going through Brandon’s background. Midway through though, at minute 1:15, as Brandon describes the tough early days, he goes silent. There is a stark change in his voice and you can sense the tears. He says, reflecting on the early days of Humans of New York:

“I’m in NY, and I’ve been trying to make it work for 6 months. I worked every day, including Christmas and Thanksgiving. All I did was photograph all day long. I had gotten thousands of these portraits and not many people were paying attention.”

“The hardest part about it was especially when I got started, and Humans of New York didn’t have any fans, and it wasn’t made into any books, and my family didn’t believe in it, and my friends thought I was crazy. I had no photography experience. I’m in New York City stopping random people and asking them questions. I’m feeling insecure.”

“When you walk up to somebody and you ask them if you can take their photo and they respond like you’re some sort of freak or that you’re weird, it’s hard to not internalize that because you’re so insecure at the moment about whether or not what you’re doing is weird and if it’s something that – am I weird for asking these people for their photographs? I’d go out some days, and ten people in a row would make me feel like I’m some sort of freak.”

“Like, “Do you know what city you’re in? You can’t be stopping random people. Get out of my way. What are you doing? No, you can’t take my photo. Get out of here.” And during my formative and impressionable early days when I’m trying to figure this out, five reactions like that in a row when nobody’s paying attention to your work, and you’ve been trying for months, and you can’t figure it out, psychologically was very tough. There’d be days where that would happen, and I just couldn’t do it anymore. I would just go home and lay in bed.”

“It was all of the doubt, and not having any money, and nobody’s paying attention, and I’m just doing this all day long for months. The loneliness too, I didn’t know anybody in New York. I knew two people. There was a Christmas break where those two people went home, and for two weeks, I didn’t see anybody that I knew. I remember I spent Christmas Eve alone at a diner. Then I just went out and photographed because it was the only thing that would keep me from thinking about how unlikely it was and how stupid of an idea it might be.”

“The only thing that I think kept me from thinking about the possibility of failing was doing it, was just photographing. Whenever I started to think, “Is this gonna work? Is it not gonna work?” I’d just go out and photograph. That was my only way of keeping those wolves away of, “Is this ultimately going to be a success? Am I wasting my time? Am I stupid?”

“The only way to keep those away was to go out and work. So that’s what I would do just all day long and do it and do it and do it. These negative things like the rejection of people and people saying no that I was talking about, all of the negative stuff, the thing that was counteracting that all the time was just loving it so much. I just loved it so much.”

What’s astounding is how successful his work has become. He has given voice to thousands, and allowed millions of others to feel that they aren’t alone in their struggles.

All of this came from his spending months and months doing work that no one else believed in. He was willing to be the guy on the street, publicly failing, in order to find incredible success years down the road.

SOMETIMES, FAILURE LOOKS BACK AT YOU IN THE MIRROR

This week, I failed. For month and months, I’ve been working to develop a one-day workshop called Creative Business Boost. In the end, I simply didn’t get the minimum number of registrants I needed in order for it to run, so it was canceled.

I’ve been trying to process what I’m learning here. The original idea for the workshop came up in December in my Mastermind group. They loved the idea. I started to outline it, and then brought in author/illustrator Lori Richmond as a collaborator. Now, Lori is A-MAZ-ING. Her energy, her experience, her talent.

We spent months putting it together, taking it really seriously. Then we vetted it with colleagues, who helped us shape it and gave feedback. Years of experience went into this — I knew the event would be useful, high value, high touch, innovative, and fun.

When it became clear that it wasn’t taking off, I talked to people I trust about it. I heard lots of suggestions on how to turn the idea around:

Basically: give way more, for way less money, and change everything that it currently is.

All of these ideas are “good,” but it was a reminder that no one really knows what works. All that you can do is try, learn, and try again.

We have been talking about failure in my Creative Shift Mastermind group, with a big focus on failure as a chance to learn and improve. While I 100% agree with that, I also see it as this:

Failure helps you understand who you are and what your radical clarity is. 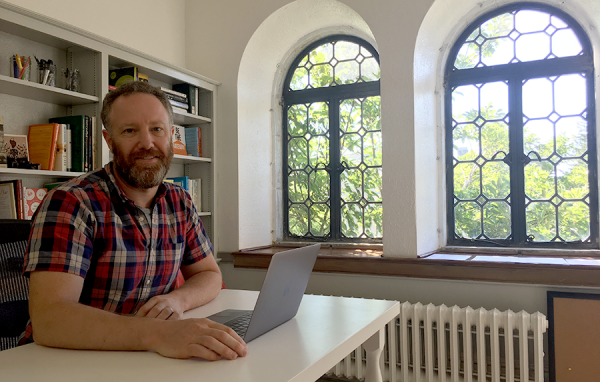 In other words, it looks like work. Me in my studio, trying again.

You can’t succeed without failure, because doing so is a process of learning. Someone shared this quote on the topic:

“Failure is so important. We speak about success all the time. It is the ability to resist failure or use failure that often leads to greater success. I’ve met people who don’t want to try for fear of failing.”
– J.K. Rowling

I spend every day talking to writers and artists, and I know that includes you. I want to thank you for showing up to your craft, for creating what matters to you, and for keeping at it, even when things don’t go as planned. Of course, I also want to thank you for supporting me in my work. It really means the world to me.

In the meantime, Lori and I are already brainstorming revisions to Creative Business Boost that we plan to launch in the Fall. It will keep the same purpose, but we will remix it with new ideas and the advice that our friends and colleagues shared.

How do you deal with failure?
Thanks.
-Dan

P.S. My next Studio Time online workshop is August 9: Create an Online Identity and Social Media Profile That Feels Honest, Professional and Inspiring