Isn’t it enough just to create a great book or work of art? Why would a writer ever have to feel responsible for marketing their own book? Shouldn’t that be the job of the publisher?

Many people share questions like these with me, and I have empathy for them. I grew up as an artist, starting in art classes at age 5, marking my years through my 20s by the artistic projects that fueled me. I believe in the creative process, and in the value of art for art’s sake.

Yet here I am, 12 years into working full-time with writers and creators helping them share their work to connect it with readers. So… why? Am I a sellout? A horrible “marketing guru”? I don’t think so. My days are spent in conversation with writers and artists. My wife is an amazing artist, my clients are passionate writers, my friends are creators of all sorts, and this is my youngest son earlier this week (click the photo to see him talk about himself as an artist): 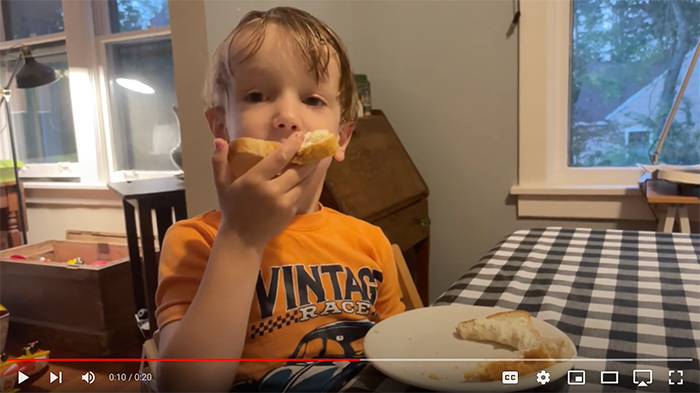 So, why would a writer or artist have to worry about marketing at all? Let’s dig into this topic. Where do we start? Well, with the Wizard, of course. You see, I have this obsession with the making of The Wizard of Oz. Here are some books from my collection: 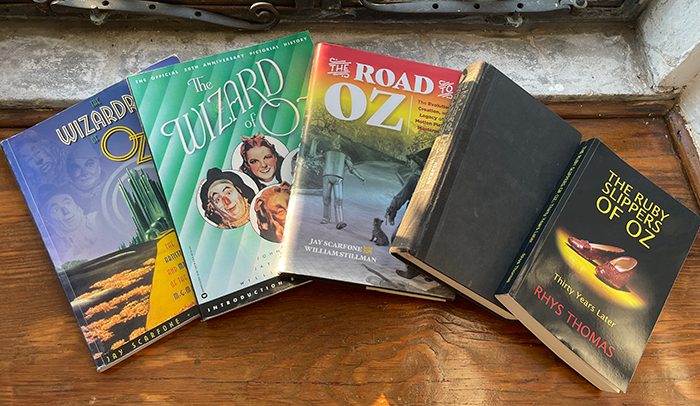 Currently I’m reading the 1977 book, The Making of the Wizard of Oz, which is still considered one of the best researched narratives on the topic. I came to a passage that talks about how the movie got to become known as a classic, beloved by generations. You see, at first The Wizard of Oz received mixed reviews. Then it was a commercial failure, not earning back the money it took to make it until more than a decade after release.

We like to think that great art ALWAYS rises to the top. That it is always celebrated and remembered. But there are hundreds (thousands?) of movies from that era that were wonderful and they are… forgotten. And The Wizard of Oz may would have been forgotten except for two things, according to the author of The Making of The Wizard of Oz, Aljean Harmetz. The first:

“In 1956, CBS tried to lease Gone With the Wind from MGM for $1 million. MGM refused. As an afterthought, CBS made a $225,000 offer for The Wizard of Oz. MGM agreed and also gave CBS an option to broadcast the film annually. Without the once-a-year repetition on television as a special, the film would not have been seen enough times for a new generation to become aware of it. Nor would it have become an event rather than just a movie.”

I’m 49 years old, so I remember the yearly tradition of The Wizard of Oz playing on TV. Plus, the dozens of ads leading up to it, each promoting this as an event not to be missed. We would watch it as a family, because this was the days before VCRs, so this was your only chance to see the movie at all. For kids (and adults) in the 50s, 60s, 70s, and even into the 80s, it didn’t just give people access to the movie, it made them feel a part of a ritual. This was a shared cultural experience.

The second marketing reason that author Aljean Harmetz cited as a reason The Wizard of Oz is considered a classic today:

“Without Judy Garland’s unique voice and tragic future being tied to “Over the Rainbow” — so that one could never watch the frenzied self-caricature of her last years without being reminded of a time when rainbows were possible for her — the picture would never have taken on the qualities of poignancy, seriousness, and irony.”

This too, exists outside of the work itself. I know only as much of Judy’s life as I’ve seen in documentaries or movies about her, but I know that there are many people who have been obsessed with her through the years in a manner that they aren’t with any other Hollywood celebrity. She seems to have a singular role in how she affected some of her fans, even to this day. Judy’s life is part of what fueled continuing interest in the Wizard of Oz. Of course, vice versa applies too.

I hear from plenty of writers who feel that an author should never be seen or heard from. The book should “stand on it’s own” in the marketplace. But that isn’t quite how it happens. There is a train of people that lead each of us to a book. The editors, salespeople, librarians, teachers, friends, family, distributors, and so many others. Why not the author as well?

I always go back to this 2013 acceptance speech by author John Green. In it, he talks about how he is often held up as this example of a paradigm shift, of an author whose success is due to his incredible following on social media. Even though this is indeed partly true, he goes on to cite the large number of people responsible for his work reaching readers: 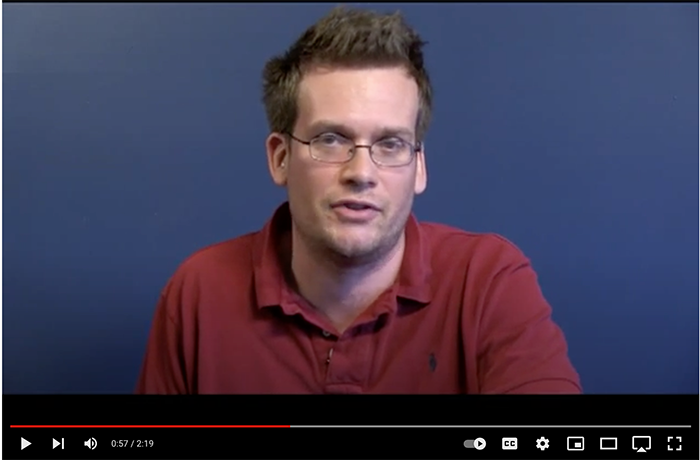 Should you — the writer — share your work? That’s up to you. All I can say is this: when I was younger and creating art projects in my bedroom in the 80s and 90s, I would have loved to have an avenue for them to reach more people. More people than my parents and the audience of stuffed animals in my room. Why? Because that art is gone. It never lasted. We share our work not to diminish our role as creators, but to celebrate the act of creativity, and that each of us has a voice. And sometimes sharing that voice is the respite that someone else needs in their lives.