I saw a video recently that showed the quality and craftsmanship of how products were made years ago, a look at the Fender guitar factory in 1959. What you see is a world operating at a different pace than the one we know today – what looks to be a community of people crafting guitars, not an assembly-line of replaceable wage-slaves:

Even though they were creating what you could call a commodity, you see a level of caring and craftsmanship at every step of the process. Today, the very guitars you see being made in this video – if they survived the test of time – would be coveted and worth thousands of dollars.

There are videos showing the modern Fender factories, where a premium price is put on products that are made in the USA, and done by hand, and not machine. (EG: this video and this video.) Our culture has become so automated, that anything crafted with human hands and a deep level of passion is treated as special.

With all of the transformation in the publishing world, the one thing still done “by hand” is the writing. Sure, it’s maybe done ON a computer, a laptop, even a iPhone, but it requires the meticulous care and attention of an individual. In any other industry, their work would have a premium price associated with it. It would come out with a gold label that said “hand-crafted” or “made in the U.S.A.,” or insert your own country of origin here.

Whenever I experience poor customer service – a bad relationship with any brand – I often here these words from the person on the other end of the phone, or other side of the counter:

In some instances, they are referring to the computer not giving them the option that I am asking for – to return something or reprice it or special order it. But most of the time, they are reading from a manual about approved procedures in their company. I have had managers at companies tell me the “system won’t let me,” when I know full well their job should not be to just enforce rules, but to know when and how to bend them to meet the larger goals of that company, and how it values their relationship with customers.

Writers are facing a wildly changing landscape in publishing, and while few like uncertainty, there is one notable change that they should embrace:

“The system WILL let you.”

Writers now have more options than ever for having their work published, shared, and read. To connect their ideas to the world. You have the choice of a variety of “traditional” avenues for reaching an audience, new “self-pubbed” avenues, and a mixture of the two. There is no longer “one way,” even in a single writing career. You, the author, are an entrepreneur.

You not only get to create a world in your writing, but you get to choose how that work reaches and effects others. No, it isn’t always a straight path. I love this drawing I found on the web months ago: 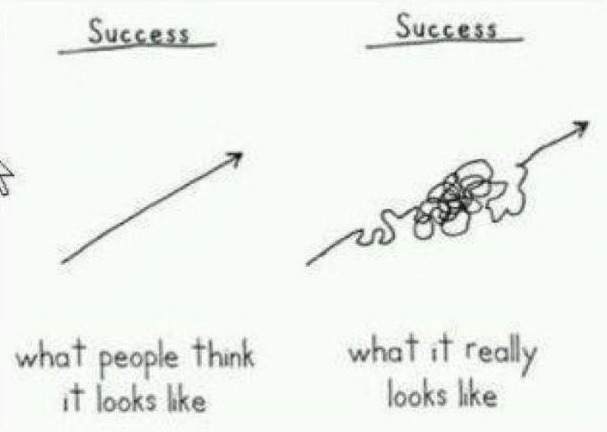 When we look back at videos like the 1959 Fender factory above, we tend to want to think “it was a simpler time.” But it wasn’t. The cold war was raging, the undercurrents of a dissatisfied population were brewing – to come to a head throughout the 60s, and people then had the same concerns as people do now. Even those with a stable job and stable family lie awake at night worrying about things. People are people.

No, we do not live in simple times. But what is important – CRITICALLY IMPORTANT – is that you have the ability to choose your path. To make the decisions necessary to craft your writing career. To not only create the best work you can, but to get it into the hands of readers, to ensure it has an effect on the world.

I can’t predict the future – I don’t know what the future of publishing is. But I do know that it is your choice as to whether you want to be a part of it or not.