Your author platform and the marketing you do around your writing is not about a thing. It is not about promoting an object or making sale. Instead, it is about creating an experience for yourself and others that fills us each with a sense of purpose, connection, and possibility. Can that also lead to more readers, more book sales, and big career growth? Yes!

This is about the moments that make up our lives. The experiences that draw us in, that connect us to each other, and help us express who we are.

So today I want to talk about lessons from the biggest New York City dance clubs of the 1970s and 80s can teach us about creating experiences around what you create. Can Studio 54 help you become better at developing your author platform and the marketing around your writing? I think so.

Will this be a bizarre newsletter? Yep. Will it also speak to what drives us as creators and readers as well, to truly connect around writing and art? Yes!

What most of us have heard of Studio 54 is the scandal, the massive success, the wild rumors, and the over-the-top photos that seemed to be the highlight and last call for 1970s disco culture. But as someone who doesn’t leave the house after 7pm because I’m already getting ready for bed, that isn’t the part that I’m interested in.

You see, Studio 54 did something amazing. The founders set this night club in an old 1927 theater, originally called Gallo Opera House. Over the years, it housed broadway shows, movies, and was a TV and radio studio for CBS.

Captain Kangaroo was filmed on the Studio 54 stage.

For the dance club, the founders of Studio 54 tore out all of the lower seating, including the sloped flooring. They literally made the dance floor where the stage was. They developed theatrical sets, with dramatic moving lights, and and an endless series of nightly themes.

Studio 54 took a known place — an old theater — and repurposed it in a magical new way. The audience became the performers, and they encouraged you to change places with the audience and performers throughout the night. This is how they used the theater to change people’s expectations:

“Using left-behind rigging, they emitted or dropped fog, wind, snow, sunrises, sunsets, and tornados, not to mention streamers, balloons, and even little gifts on the 2,000 dancers below. “The level of expectation was an assault on the senses and made everyone’s heart beat a little faster,” says Schrager of the special effects. “I think it was a catalyst caused by other elements as well, including the design of the space…up to that point there was never an effort made to make the design flexible and fluid. This all worked together and made people let their hair down and have a great time.”

They took the DJ out of what would typically be a box in the back of the room, and put them elevated over the dance floor, front and center. They hired a separate person to run the lights, which was something no other dance club did at the time.

Studio 54 invested in the experience it created for those who arrived beyond just heart pounding music, darkness, and drinks.

In the theater, they did keep the upper level seating which elevated the entire concept. On the chairs of the balcony they left small binoculars so you could more closely observe the dancers below. 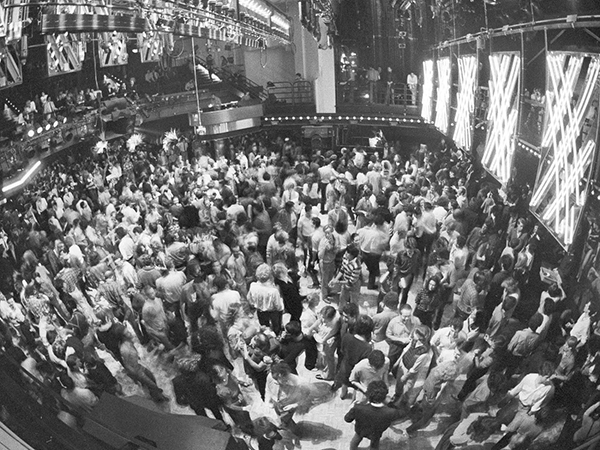 The magic of Studio 54 was that they encouraged you to take on a different role.

This is what social media has encouraged us writers to do now. To consider new ways of sharing what we create and why; new ways to show up and connect with other people; new ways of considering what it means to have a career as a writer. I know, many of you may bemoan that. You want to sit quietly and just write. And honestly, that’s great! You can totally do that and not worry about the connection to readers or colleagues.

But… if you do want to have a life filled with those who love reading and writing, who have a deep connection to you and your work, then I encourage you to consider what you create not as content you are posting to the web, vying for attention, but as experiences you create that helps others connect with the themes you write about.

One of the most amazing details of the Studio 54 story is that it took only 6 weeks to convert the old theater into the dance club. I know that for many aspects of your author platform, you may feel you are starting from scratch and that it will take months or years to get up to speed. What I encourage is that you view this as an opportunity, not a problem.

Some of you may be concerned that Studio 54 wrecked an old theater. But at the time, lots of theaters were only playing movies, in disrepair, or were abandoned. Many were destroyed, including the theater I write about below that housed The Palladium. Studio 54 remains today, refurbished back to its original glory, perhaps because of the success of the dance club. Here is a more recent photo of the theater:

This place can be both things. A club. A theater. More is created in that process of walking into a space and reimagining what it can be without expectation. The same holds true for our author platform. So many writers worry that “if I focus on marketing, I am no longer a writer.” But I don’t think it works that way. You can be many things at once, all with the same mission aligned to why you write in the first place. Locking yourself into these identities can hold you back creatively. It is my hope that this post inspires you to look at what you can create — and how — in new ways, one focused on meaningful connections to real people.

Studio 54 was a bold idea executed brilliantly at the height of the disco era. But its initial success was short lived. Soon the founders were in prison, the club sold, and there was a massive backlash that killed disco.

But then in 1985 the founders came back with a new vision, and a new club.The Palladium was also created within a theater, but its design was nothing like Studio 54: 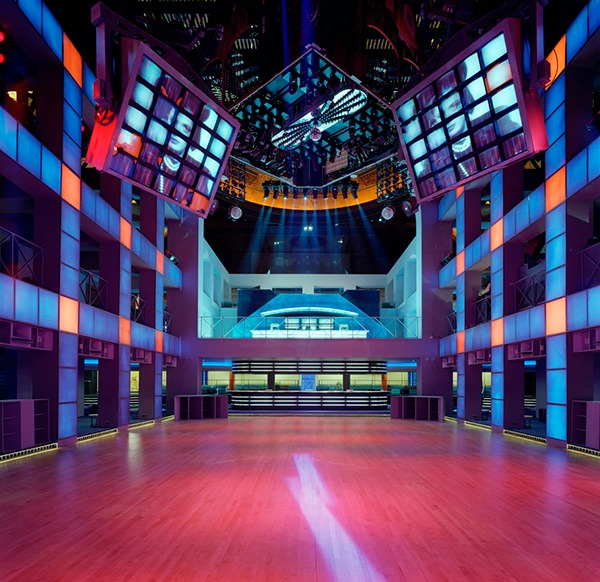 Here there was a radical focus on architecture, music video, and art, with an enormous Keith Haring mural on one side. The banks of monitors overhead moved and spun around, and the walls of light on the sides of the dance floor constantly changed colors. Can you imagine how immersive this experience must have been? 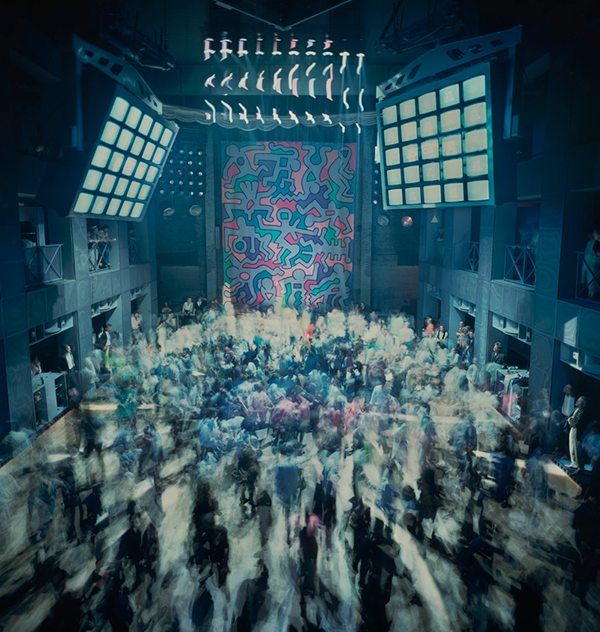 This club was about seeing and being seen. It wasn’t dark like many clubs in New York City, with low ceilings, or in huge unfinished industrial lofts. Looking at the images above, it’s easy to forget that The Palladium was constructed within an old theater. But you can clearly see that here: 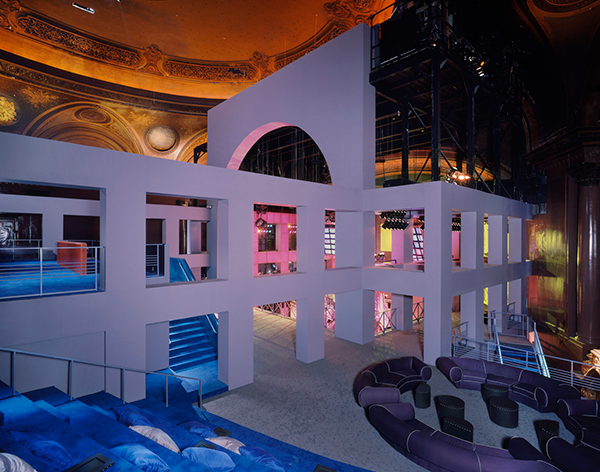 The stories I tend to like most are not about invention, but reinvention. That is a major theme I cover in my podcast, The Creative Shift, digging into how we take a risk to pursue creative work and new ideas, even after other identities and responsibilities define who we are.

That is why I feel like The Palladium is such a critical part of the Studio 54 story. After a massive failure, they took the same idea and did it in an entirely new way, in a very different era. Beyond that, the founders went on to help create the boutique hotel craze, and were wildly successful with it to this day. The idea is the same as Studio 54: how the guest should be immersed in a new experience, one that helps them see their own identity in a new way.

That is the gift you have to share with your own platform. Not just to present and promote your own work. But to connect with other people and help them feel a sense of joy and expression.

How can these places inspire what you create in your author platform? Some ideas:

Each of the places that you connect with others online are places that can fill our lives with connectedness and fulfillment. This is not about performance. Not about promotion. Not about just selling a book. It is about celebrating what we create, how we come together around it, and the sense of possibility that comes from those things.