I recently traveled into New York City to the Metropolitan Museum of Art. They had an exhibit of famous rock guitars and instruments that I was excited to see.

Something about the experience was surprising to me. It was a great reminder that your writing and art is a gift to the world. Let me explain…

So, I brought my trusty companion with me, my 9 year old son: 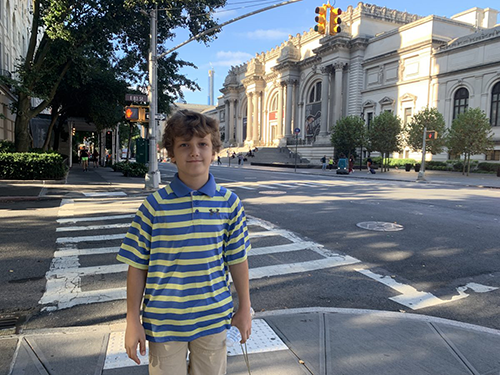 It’s fun for me to see things through his eyes. Here he taking a photo of Chuck Berry’s guitar… 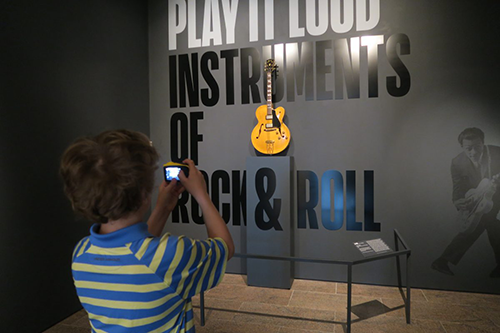 My son plays the piano, so the big highlight of the show for him was Jerry Lee Lewis’ piano: 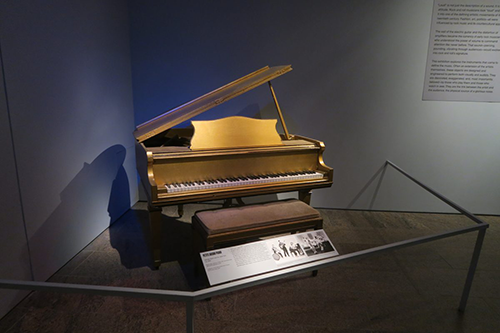 As he and I meandered through the exhibit, you couldn’t turn your head without being confronted by another legendary instrument. Here are The Beatles’ instruments: 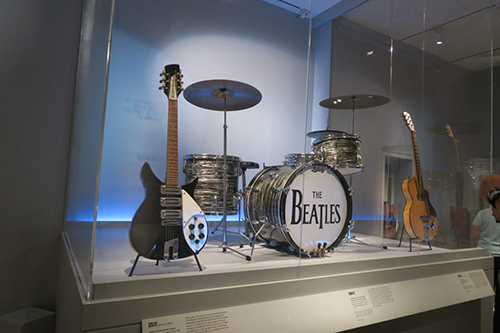 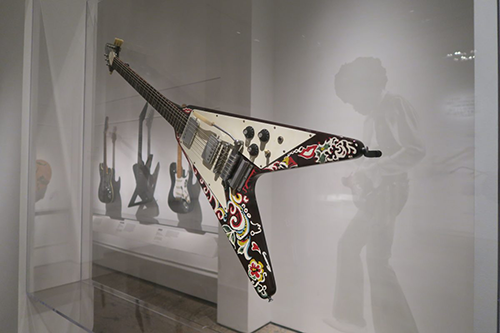 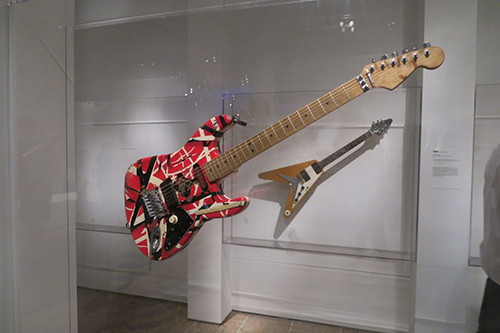 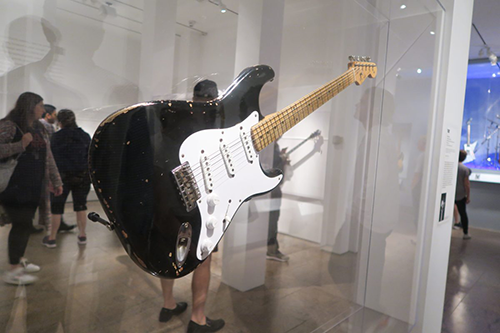 There were unexpected highlights, such as Prince’s guitar: 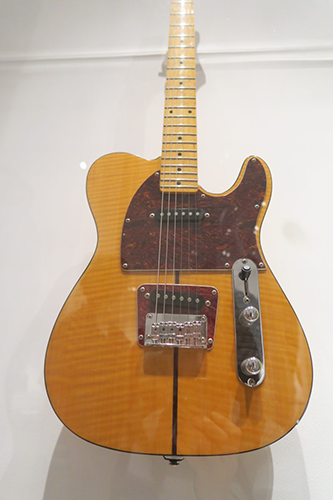 I tried to explain to my son some of the context behind these instruments. This is the guitar that Bob Dylan played when he went electric on stage for the first time, a huge moment in rock & roll history: 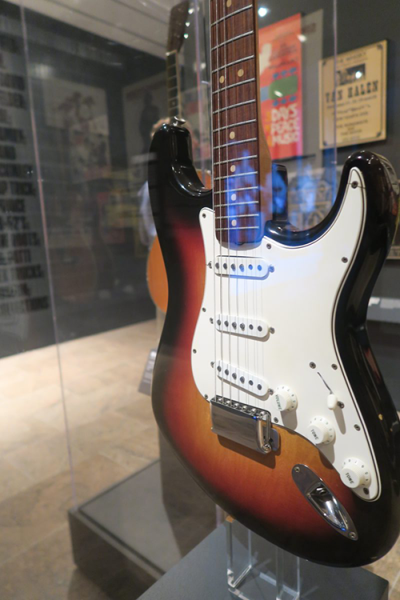 Here he is trying to understand The Clash through Joe Strummer’s guitar: 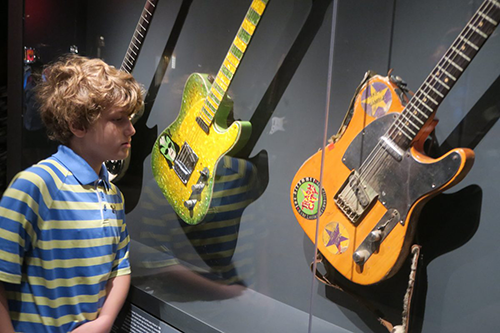 This was perhaps the best display of the whole exhibit. An empty display with a note:

This case was meant to house Keith Richards’s telecaster, one of the most famous instruments in all of rock history. Where was it? He took it on tour. Even though it it is a well-worn object worth millions, he drags it around with him and still plays it. I love that. These are tools that are meant to make music, not sit in museums.

As I gazed at these objects that I dream about, I felt an odd sensation of hollowness. I was looking at a hunk of wood and metal, trying to remind myself “This is the instrument that Jimmy Page used to write a song,” or “This was Stevie Ray Vaughn’s beloved stratocaster — right here in front of me.”

This reminded me of one of my favorite scenes of all time from a movie. In the 1995 movie Before Sunrise, we follow two young people as they get to know each other and meander through Vienna. There is an energy and magic in their conversation: 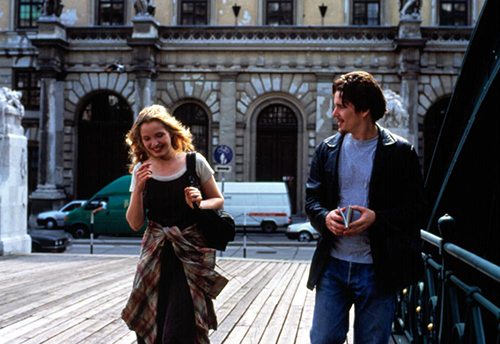 At the end of the movie, they depart, and the the film shows a montage revisiting the places that the couple had explored. But these places are now empty, the couple is not there.

And there is something missing. A hollowness to the places, because the special energy of this couple is gone. Their conversation, their ideas, the seeds of attraction and perhaps even love that might be forming. Instead, they are blank canvases without that magic of conversation and connection.

To my surprise, this is how the guitars felt to me at the museum exhibit.

But it was a lovely reminder that we are left with the music that these instruments have created. Through the recordings of songs and albums and live performances, we can experience the exact energy of the moment those performers and instruments created their art.

As writers and artists, we each have this same capacity. To not just write, but to publish. To create, but also to share. To capture our creativity in books, essays, illustrations, music, blogs, podcasts, and so much else.

Too often, we judge the effect of this work too quickly. We measure “likes” and “follows” and “subscribers” and “reviews” by the minute.

But our writing and art remains for longer than that. Months. Years. Decades. For generations even. What you create is a gift to the world.

For others to experience what you create has become easier than ever. The internet has made access to books and art nearly universal. A book costs a few bucks, maybe $30 at the most. A movie, a song, an illustration, are all in a similar price range.

One does not need to travel to a big city to see a limited-time museum exhibit, or attend an expensive concert to experience what you create.

You are a writer. You are a creator. As I reflect on all of this, I encourage you to create more, to publish more, to connect more.