I’ve been thinking a lot about what Mike Mattison told me about what it means to become a professional in your craft. Some of his advice can be challenging to those who go into the arts for the love of it. If you are a writer looking to get to the “next level” in your career, so much of what Mike shares may be useful. Here is some of what I will cover below, all wisdom from Mike:

You see, Mike’s life has been dedicated to music and writing. He describes himself as a naturally shy person, yet for most of his professional life, he has been on stage front and center as part of big bands such as the Derek Trucks Band and the Tedeschi Trucks Band, as well as his solo work, and his own band, Scrapomatic. This is Mike: 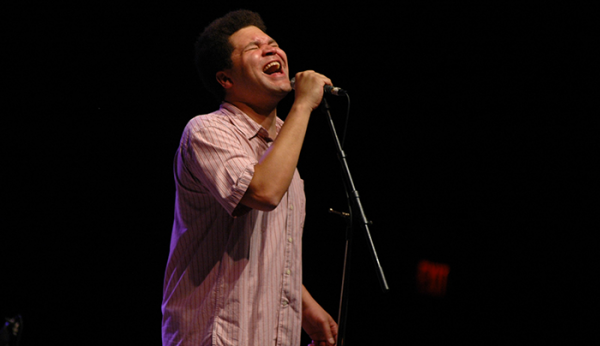 Below I will explore some of the topics listed above, but you can watch or listen to our entire conversation here: 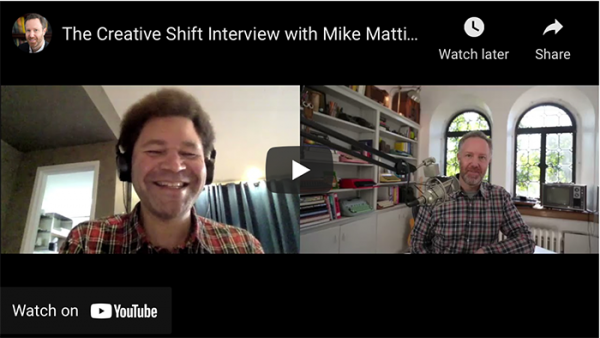 Making a Genuine Statement Matters More Than Fitting Into the Market

I asked Mike about the Derek Trucks Band album he worked on that won a Grammy Award. He described it this way:

“We were becoming less interesting to our [record] label because we weren’t selling a bunch of records. Instead of cutting us loose, they kind of just let us do whatever we wanted to do. A lot of people at our record company thought we should be more entertaining (doing jumping jacks, running up and down ramps), but it just wasn’t who we were, it was really just about the music.”

“Around this time, Derek built his studio behind his house in Jacksonville. It was still being constructed when we started recording this album. We weren’t written off, but people had no expectations. That was very freeing for us. We did a ton of writing, and to my mind, made our first actual statement as a group, as collaborators, with our record, Already Free. It’s a blues-based singer songwriter album. But then we got nominated and won a Grammy, which blew our minds. We were like, “You like that?” It speaks to the idea that people respond to a real genuine statement, instead of trying to do something you think you should do.”

In sharing the work you create and developing an understanding the marketplace can matter. It can determine how to get reviews, what podcasts you can become a guest on, what events to show up to, and even who you may want to get to know. It’s about where to find your audience and what resonates with them.

That doesn’t mean that your creative work needs to be created with them in mind. You as a writer or artist have a singular creative vision that is your own. There is a difference between understanding and appreciating the market vs having that knowledge change what you create. It’s different for everyone, but Mike’s experience is a powerful lesson in having confidence in what you are creating.

You Have to be “Fanatically” Into Your Creative Work

There was a period of time when Mike was living in New York, dedicated to his music:

“We were all in. We were all about the blues. We had our 7 gigs a month, and nothing else really mattered. You have to just do do it. You have to grind it out. And nothing might happen. To my mind, you have to be fanatically in it, and it worked out, in a way I never could have expected.”

Of course, Mike still had a day job during this period, but in terms of where he put his focus and energy, his music was his outlet. The communities he was a part of, the shows he played, his bandmates, and of course, the music he created.

Be wary of merely dabbling with your creative vision. Of doing things part way. Mike talks about the value of dedicating yourself to your craft this way:

“One nice thing about going all in with something creative is that creativity begets creativity. The possibilities start compounding themselves.”

Which leads us to…

Your Network Will Create Amazing (and Unexpected) Opportunities

A huge shift in Mike’s career came through his network. Derek Trucks was looking for a new member of his band, and on the same day had two people he knew recommend Mike. Who is Derek Trucks? As a kid he was a guitar prodigy who started playing professionally before he was a teenage. He was a member of The Allman Brothers Band, and has been a part of Rolling Stone magazine’s list of 100 Greatest Guitarists of All Time.

This is how Mike tells the story of how he and Derek met:

“Derek was in a hotel room in New York and he got these two Scrapomatic records from two people who didn’t know each other on the same day. I was leaving my day job in midtown, on the E train, and there was a tap on my shoulder and he’s like “Hey are you Mike Mattison?” I’m like, “Yeah, who are you?” And it’s Derek Trucks — I didn’t know who he was. He was like, “I got your records, we should play sometime.” Then I got a call from his manager, and it ended up working out. I went from playing to 100 people in a room to playing to thousands of people.”

I love stories like this because it illustrates how creative success can be an amalgamation of so many things. Of course, first and foremost is Mike’s incredible talent and the hard work he put in to get himself and his music out there. But he also developed a strong network in the music world, which lead to people recommending him. If Derek hadn’t got onto the E train that day, would Mike still have ended up in the band? Maybe. Maybe not.

Either way, Mike’s music would have gone on to grow and evolve. But joining Derek’s band changed the course of Mike’s life in amazing ways.

Mike shared a piece of advice about how to navigate the music business that he still thinks about all the time:

“My first producer said something I laughed about when he told me 20 years ago, but it turns out to have been correct. He said: ‘Here’s what you do. Figure out who has what you want, you walk into their office and you tell them to give it to you. If they don’t, you tell them to go f*** yourself.'”

“I was like, well that’s a terrible way to approach things. But it turns out, he’s right. Meaning that you have to have that confidence — that self assurance — that for what you are doing, you are doing for the right reasons. [The producer] said, ‘Don’t forget this: you create value out of thin air. You literally mine gold. What you are doing is magic. So when you are dealing with people in their offices, don’t forget that. Have confidence that you are a creator. They can’t do that, you can.’ I think that’s what he meant when he said, tell people to f-off. I think about that a lot.”

If you are a writer, you operate in a complex world of publishing. You can choose to self-publish, traditionally publish, go with a hybrid publisher, publish in non-traditional means, or not publish at all. So many writers want the validation that they feel comes with getting an agent or having a publisher offer to publish your book. But when considering the deal you take or who you collaborate with, don’t diminish the incredible value you bring to the table.

Change Will be a Constant in Your Career. The Gift is Doing the Work.

At so many points in our conversation, Mike talked about professionalism and how to navigate change or times where discomfort is a part of the process. At the start of his career, he shared:

“I’m a naturally shy person, so it’s odd that my job is to be in front of people every night.” I sang jazz standards for a year in Budapest. For me, that was the beginning of the professionalism. We played 4 or 5 nights a week, and I had to gather up a repertoire, and learn a lot of jazz standards. It was a good education.” He learned hundreds of jazz standards during this time.

He also talked about not always pushing yourself to 100%, which I think can be a very challenging concept for a creative professional to hear:

“When you play night after night, you need to learn how to be consistent, and how to deliver each night. You run into this thing where you are like, ‘I don’t feel like it.’ But there is no ‘I don’t feel like it.” So you have to keep yourself motivated. You can’t always be real, you can’t always be 100% present, but it needs to seem that way. That’s part of the craft, and part of the job.”

“One thing that hit me early on is that I was trying to give it my all every night. After a certain point, you have to come to grips with the fact that you do have a talent. So when you feel like you are at 60%, people think you are at 90%. That’s a dangerous equation to deal with too. At a certain point, you have to give yourself credit for your talent and time put in. If you know you are not at 100%, sometimes you have to be a little forgiving of yourself. You are always trying to give 100%, but it’s impossible, because you are just a person.”

Mike also talked about the balance between creating what you want that aligns to your own creative vision, vs what the audience wants. He says: “It’s a relationship, it’s a negotiation. Part of the reason you are doing what you are doing is that you want an audience. But you also have to respect your own wishes.”

So often, we like to think of creative success as this constant upward trajectory. But it doesn’t always work that way. Mike had an amazing way of describing the journey:

“That’s the gift of it, the doing of it. And being with people who feel the same way. I know so many bands get torn apart because of careerism. One thing I’ve always loved about Derek and Susan [Tadeschi] is that they are lifers. They’re like, ‘I’m gonna do this no matter what. It’s going to go up, it’s going to go down, probably gonna end up in a van again, it doesn’t matter. The point is you get to do it. And you can do it with people you respect and who respect you back. That’s the gift.”

You can watch or listen to my entire conversation with Mike here. You can also check out his music here, and his new book, Poetic Song Verse: Blues-Based Popular Music and Poetry, here.