Something happened this week that stunned me. On a whim, I decided to reach out to an old friend, and invite him as a guest on my podcast.

Honestly, I didn’t know what to expect from this. When I met him nearly 10 years ago, he was young, in his early 20s, and we met because we kept bumping each other at Glen Hansard shows in New York. Glen is a singer who became known for his role and songs in the movie Once. Jason and I were super fans of Glen’s work, so we would meetup hours before the shows to wait by the stage door to catch a moment with Glen, and then wait for hours after the show to meet members of the band.

Now, there is something you need to know about Jason. He’s 6 feet 9 inches tall, and probably one of the nicest people you will ever meet. His enthusiasm is just over the top… as is his height.

When I met him all those years ago, he was just starting school to go into acting. We stayed in contact, and I followed his career progress via social media updates. Then he shared something not too long ago which blew me away. This is Jason, on the right: 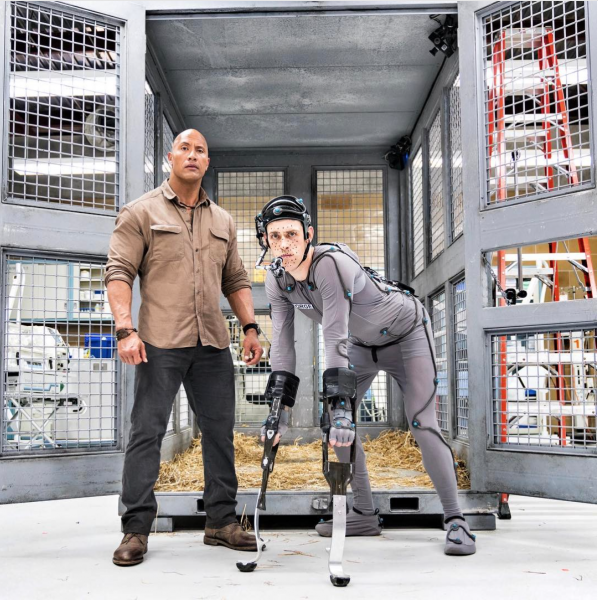 I thought it would be fun to interview Jason and ask him about how he got from the place of being a kid from Tennessee who dreamed of being an actor, to co-starring in a movie next to The Rock (aka Dwayne Johnson.)

But I wasn’t expecting all of what Jason shared with me. His story just astounded me; his advice was so much more than I ever could have expected. I recorded the interview on Wednesday, with the intention of sharing it in mid-September. But the next morning I felt a compelling need to share this right now. So I spend the last 24 hours rushing through production on the podcast episode and this post.

I want to share some of what Jason told me below, the things that left my jaw on the floor, and the advice that I found most actionable.

Some background on Jason: He got his big break by being cast in Men in Black III, and — today — is celebrating the release of his new movie Death Note, where he plays the villian who was so complex, that it required two actors to play the role: Jason and Willem Dafoe. Here is Jason (left) holding Willem, along with Death Note’s director: 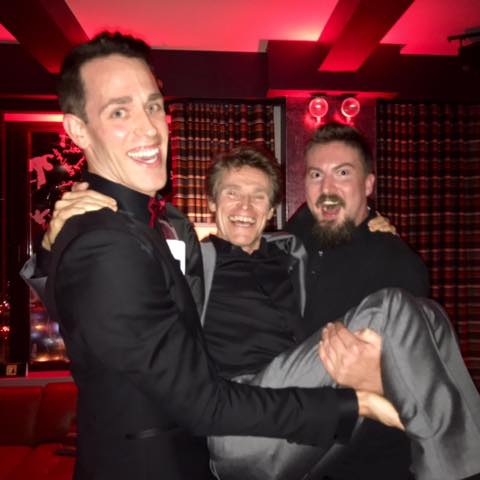 To get a sense of how big this movie is, here is a photo of Jason seeing a 10-story tall billboard of his character from Death Note in the middle of Times Square last week: 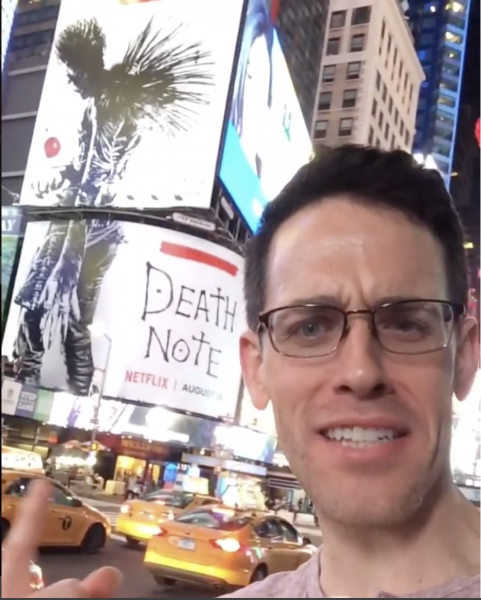 That movie with The Rock? It will release next year, and is called Rampage. (more on that from Dwayne Johnson’s Instagram feed: here and here.)

If you are thinking, “Dan, I’m a writer, what do I care about this actor friend of yours?” I encourage you to listen to what Jason shares. This is not only a wonderful story of success, but he shares specific tactics that I think every writer and creative professional NEEDS to use if they hope to find success. You can listen to the interview above or here on iTunes; here are some highlights:

Thank you to Jason for taking the time to share your story and advice.
You can find Jason in the following places:
Instagram
IMDB