I just finished an incredible couple of days mingling with writers at Writer’s Digest Conference, 2012. 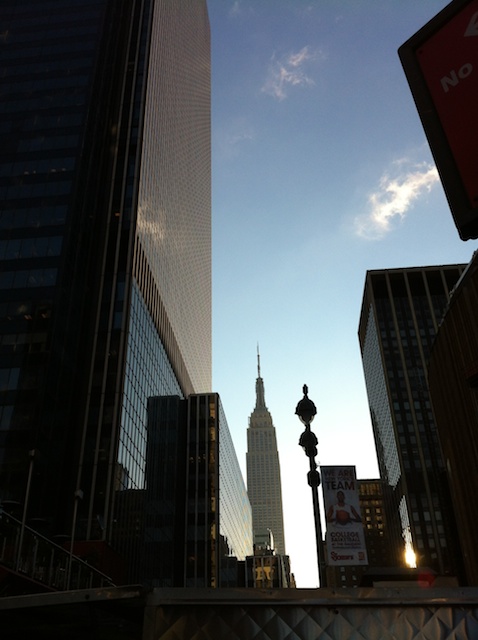 The calm before the storm: 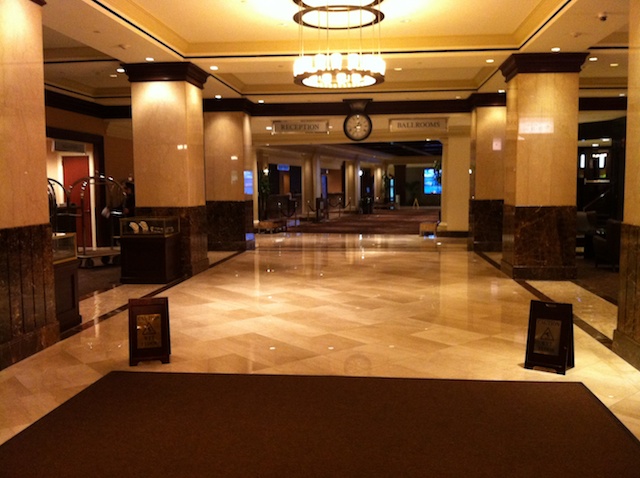 A first look at the crowd, about 400 writers in attendance: 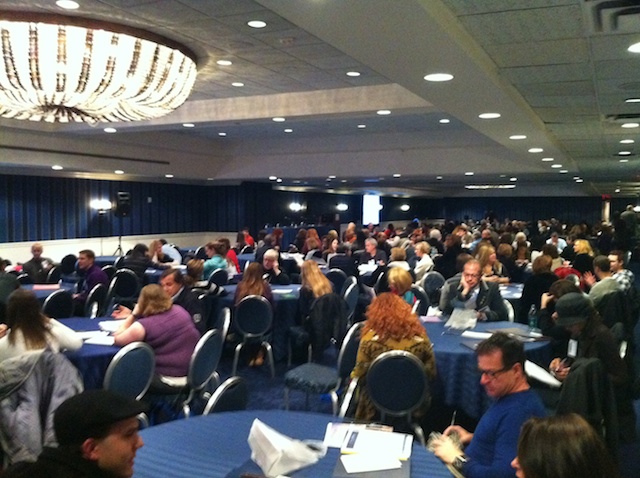 The keynote by A.J. Jacobs, sharing his amusing experiences writing about his life: 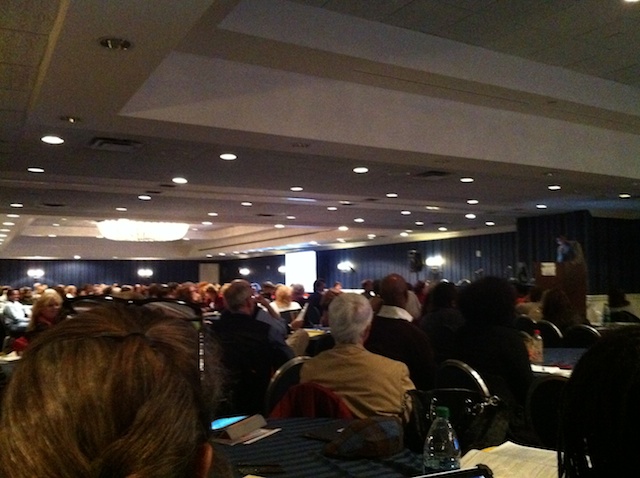 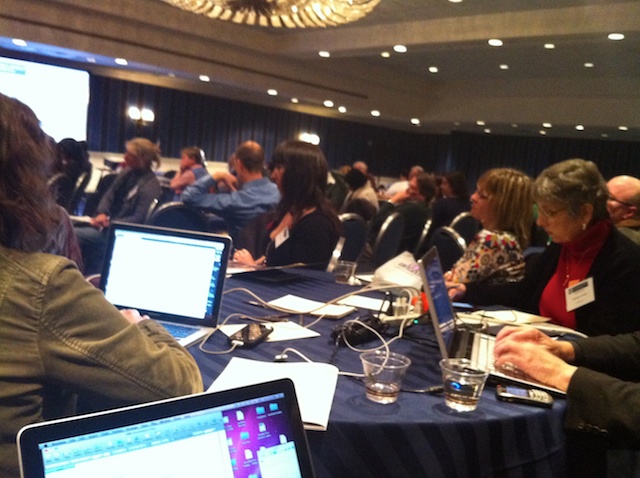 We got a bit of snow on Saturday, but nothing like what we received during the 2011 conference: 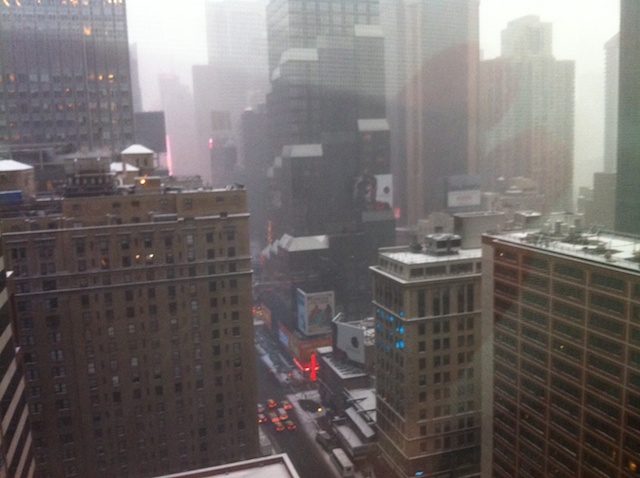 And there were moments of sunshine: 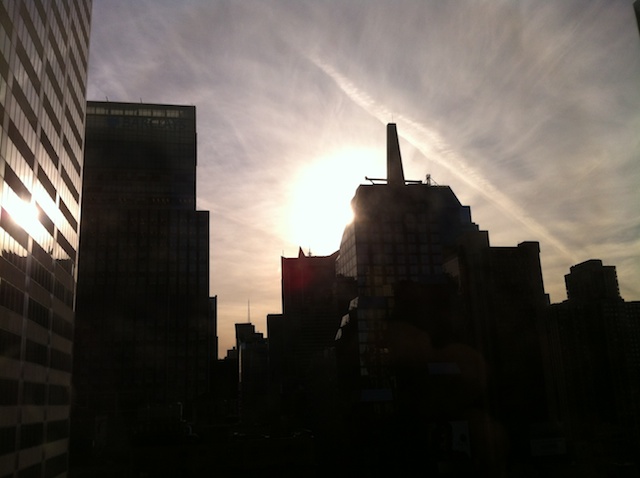 My session at the event: “Becoming an Author Entrepreneur” 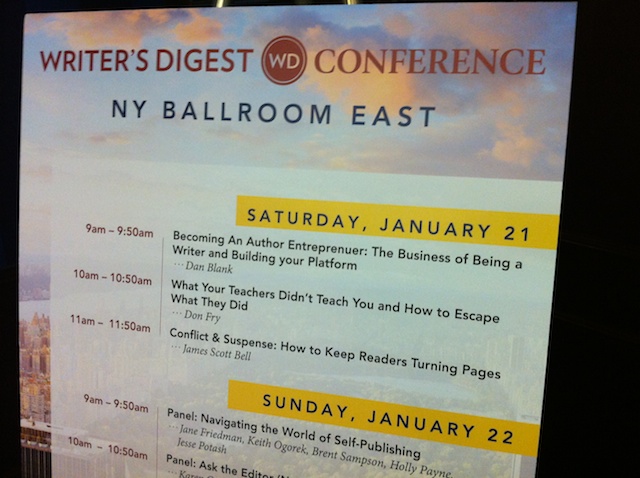 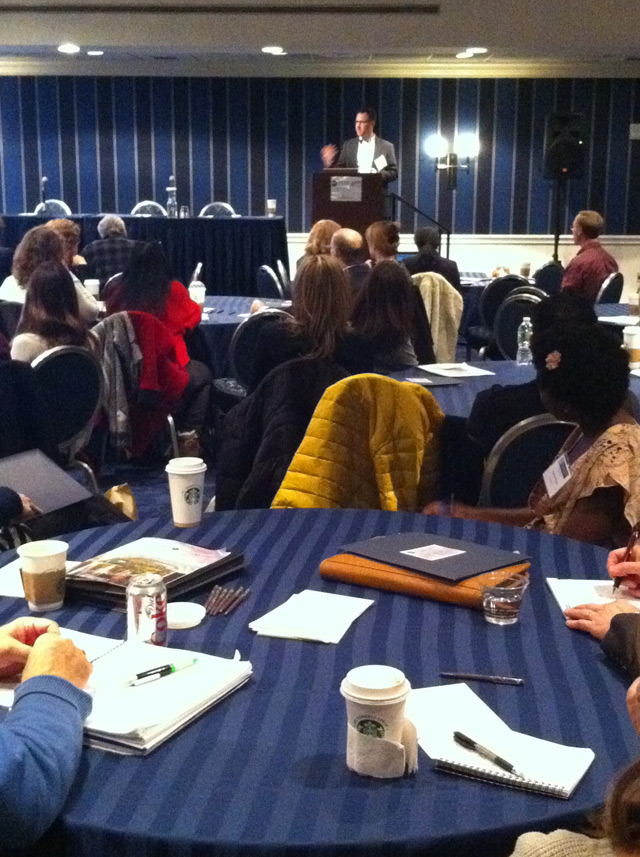 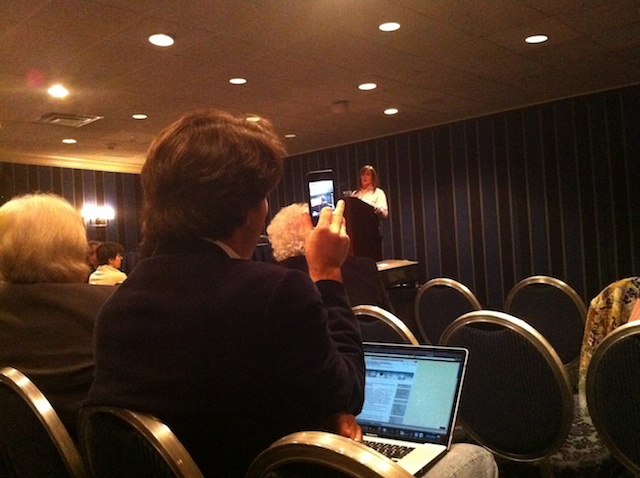 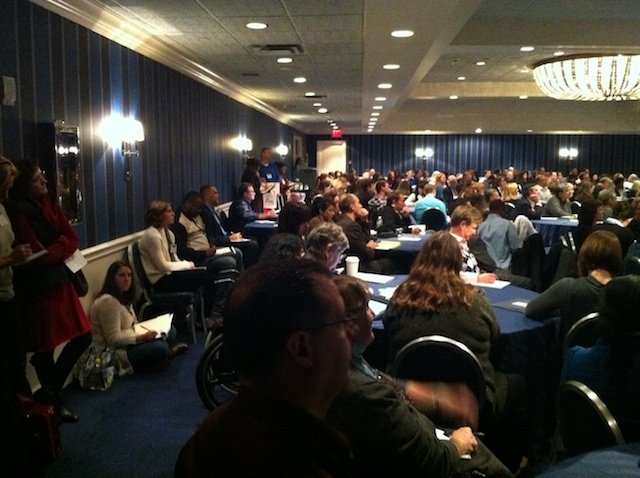 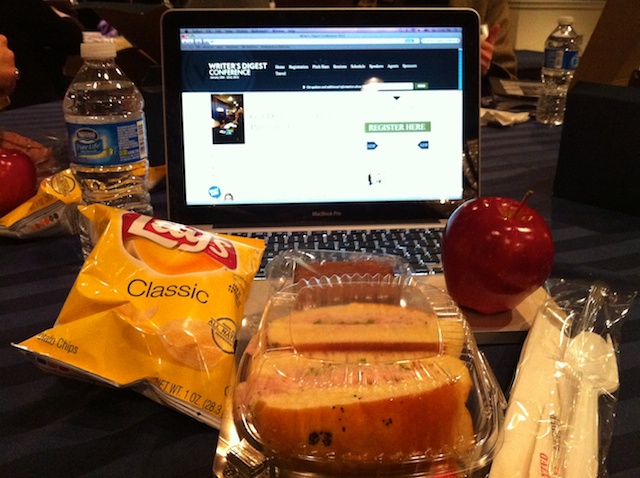 Some authors were selling and signing their wares. I picked up Barry Eisler’s book, as well as Christina Katz’: 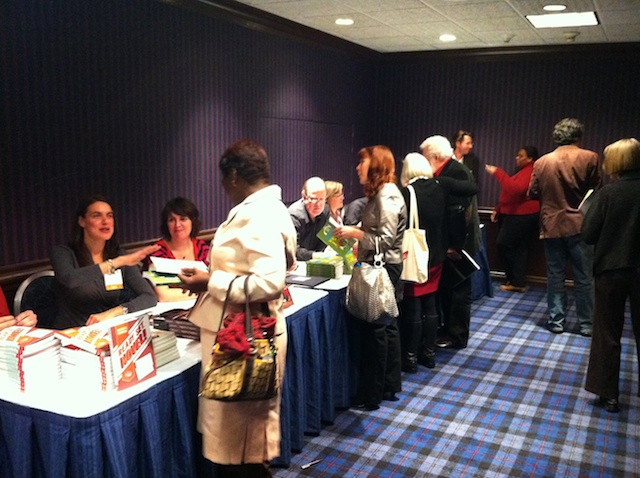 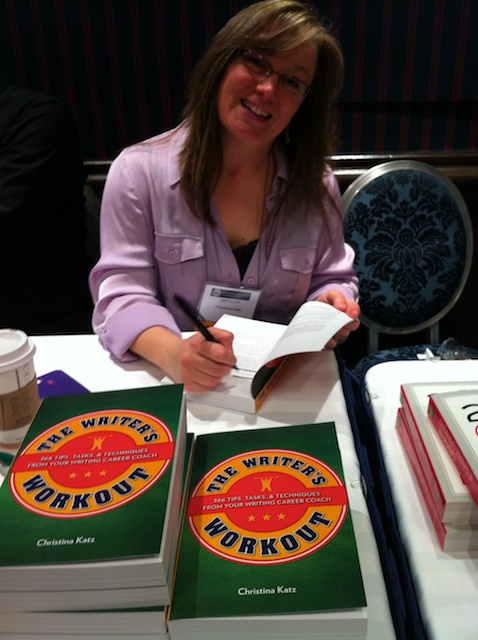 Barry Eisler gave the keynote on Saturday, a very honest look at not just his views on publishing, but the revenue streams that support it: 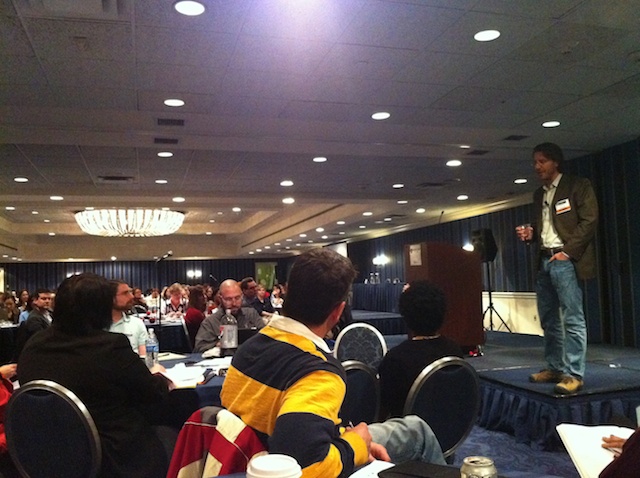 The crowd around Barry after his talk: 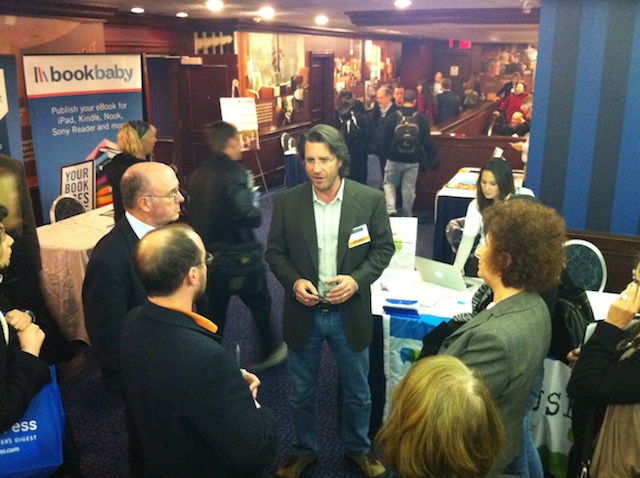 The lineup for the Pitch Slam, where authors get something like 3 minutes to pitch agents with their book idea: 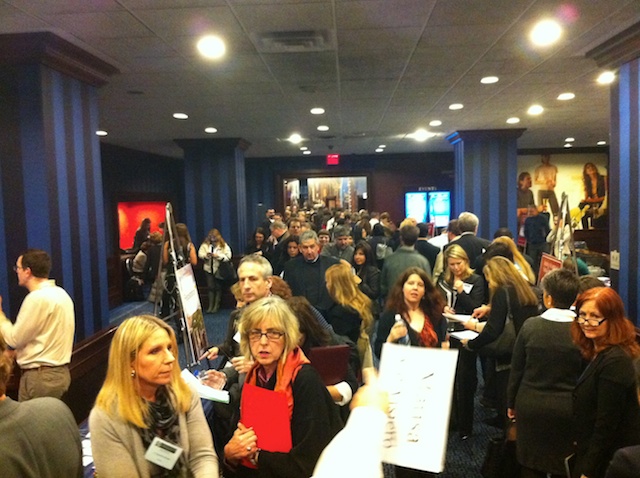 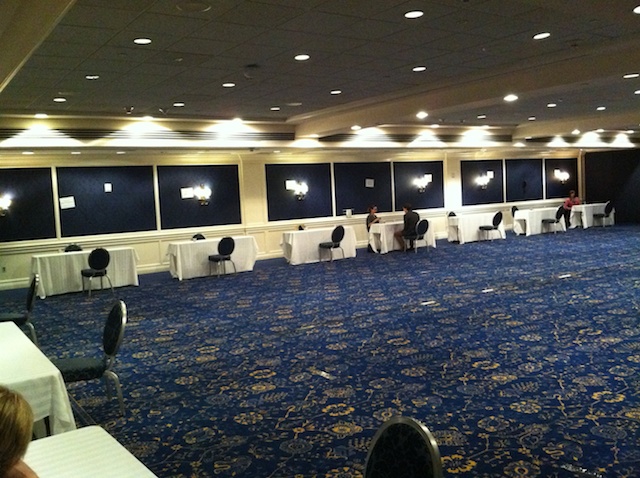 The floodgates are unleashed: 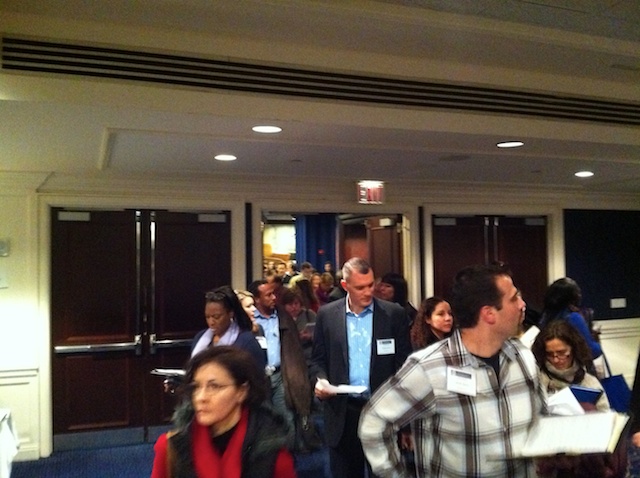 And the lineups begin: 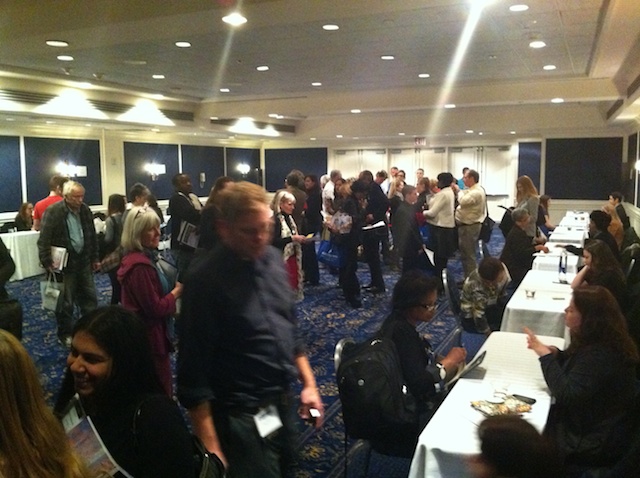 My wife and son joined me at the venue. He is not yet writing: 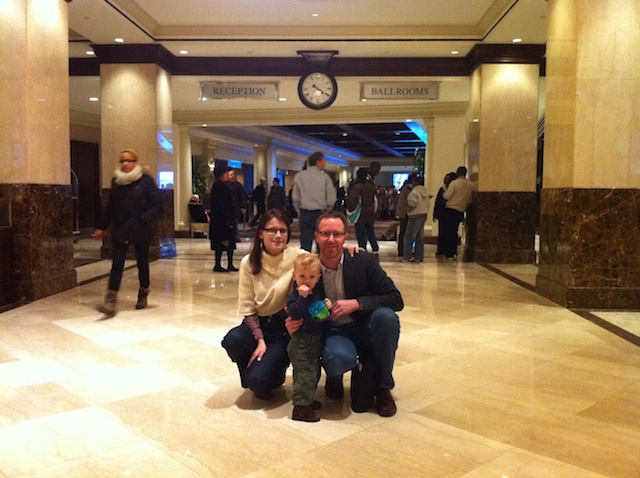 A night on the town with friends from the publishing world. New York lights even make slush look romantic: 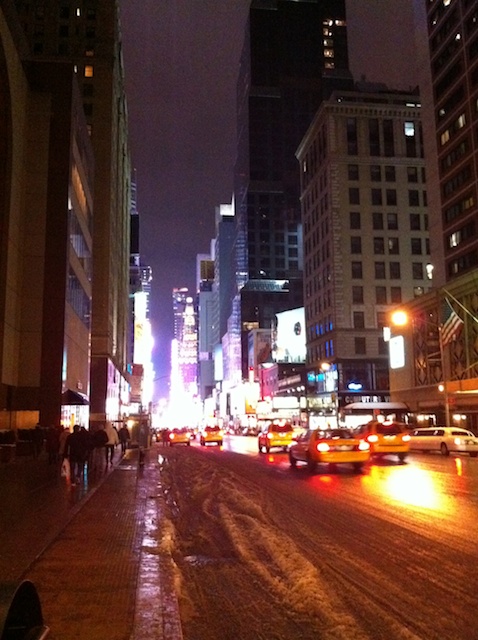 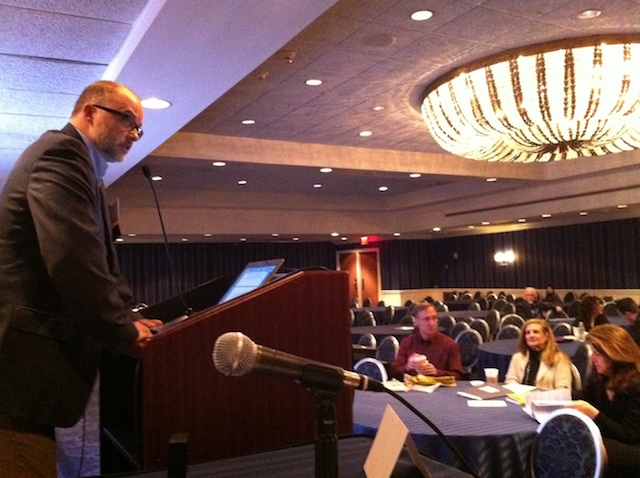 Kate Travers answering a question from the audience: 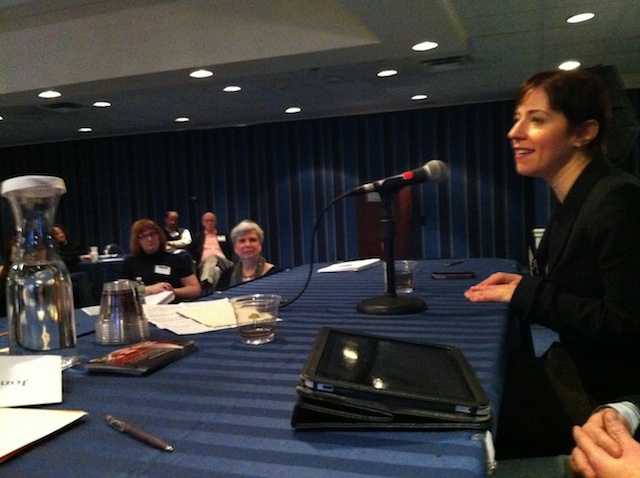 Overall, a really great event. Thank you so much to the organizers, speakers, and everyone who attended!