I’m wrapping up the current season of my podcast, The Creative Shift with Dan Blank, and today I want to reflect on what I’ve been learning from the writers and artists I have been talking to. Each conversation is a deep look into not only what it means to effectively share your writing and art, but to also feel a sense of personal fulfillment and purpose in the process. 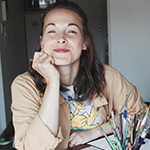 It is appropriate to end the season with an interview with artist and writer Rebecca Green. This is the third time I’ve interviewed her. With more than 270,000 Instagram followers, Rebecca has forged an amazing career writing and illustrating books, and with a wide array of other artistic projects.

In our first conversation back in 2018 we talked about creative burnout.

The next time we spoke in 2019, we discussed how her work was evolving and the creative process.

When we chatted recently, we discussed the risk involved in changing her creative direction. You see, she has done well as an illustrator of other people’s books, but what she has realized is that the book she wrote and illustrated herself delivered the kind of long-term value she wants more of. She says:

“It’s scary to say no to picture book projects because they are so big. On the flipside, I know how big they are, so it gets easier to say no to them. Because I’ve said yes to enough ‘no’ projects, to know that I shouldn’t have taken this on. I know what those projects entail. I know that I can put all of that energy that I would invest in those into something else that will take me farther.”

What would take her farther? She referenced the 2017 book she wrote and illustrated, How to Make Friends with a Ghost, and how being the illustrator of her own writing has lead to more overall creative and career growth. She mentioned that she just spent more than 1.5 years developing a proposal that she recently submitted to develop as a book. These things take time, they are more uncertain, yet… they could have more overall value than short-term work that has a clear start and end date, and a negotiated paycheck.

She also wants to focus on more 3-dimensional artwork, and mentioned doing window displays and menus for small businesses. This was fascinating to me, and I mentioned to her that this may be surprising to many artists who are just trying to get their foot in the door of a viable career in the arts. Why? Because many of them dream of illustrating books, or doing paid editorial illustration, or teaching workshops — all things Rebecca has done many times. These artists may say they feel “stuck” taking small projects to illustrate a menu, or do a local store window display, as if this work is what they will take just to pay the bills, but not really see it as their goal or even enjoyable.

As always, I loved Rebecca’s honesty in this conversation. She described it this way: “I love for my work to exist in the real world, the tactile world. I like for everyone to be able to react with that. It’s world building. It may not be the best career decision, but it allows me to create different projects.”

She also talked about giving herself permission to follow her creative inspiration and not feel too much pressure to always be “the artist.” She has enjoyed just feeling like a human being exploring her inspiration. My favorite quote from her during our conversation:

“I just want to go to a salvage yard, find an old doorknob, and clean it for 4 hours.”

What does the doorknob represent? Perhaps it is being immersed in the creative process without worrying about productivity. About being a person, not a brand. Of feeling you have the space to pursue your vision when you don’t know where it will lead.

Earlier this year she announced that she was taking a break from social media. I asked about this, and she said:

“I was scrolling mindlessly [on Instagram], and it felt awful every time I did it. I would feel jealous of everything I saw, even if it wasn’t something I wanted. My life is wonderful, so why am I scrolling through and feeling jealous of everyone else’s life, and like I’m not doing enough? It always feels like not enough. It’s very overwhelming. I just needed a break. I felt like a lot of my identity and work was wrapped up in it, an app and a community. Since taking a break, I feel quite light, and feel a lot better and can reassess how it fits into my life. I feel more human than machine – than artist.”

But, before you read into this that you can just give up on social media, she also talked about the value it brings to her life:

“There is no way I would have the career that I have without Instagram and social media. The way I have connected with people all over the globe, how when I move I am able to find and connect with local artists. When I have teaching opportunities, I know that a person wouldn’t have found me or trusted me to sell workshop spots if I wasn’t on social media. I know it is a huge part of selling a book that comes out, or getting future contract deals. Actually, now my contracts include social media requirements. I understand it sells books. I’ve always done that anyway, but it’s part of my job.” 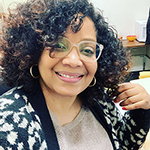 This is something that came up with another recent guest I spoke with, Angela Abreu. When she launched her book, she turned it into a performance, and sold 100 tickets. How did she attract an audience? She said:

“I had the supportive community, because I had been supporting them for all these years.”

She talked about how active she had been in her local writing community, helping her local bookstore and other writers. She said, “The doors to my apartment were open to creatives in the community.” She also found new ways to help other writers create and share their work by founding the Dominican Writers Association.

It was amazing to hear how she took this personal passion of being involved in the literary community, and found bold new ways to organize to support the kind of writing and writers she wanted to help succeed. 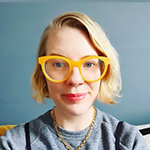 For so many writers finding the way in to their own community, and even their own voice, is a difficult path. Emma Gannon told me how she pursued becoming a writer, turning rejection into success:

“I would get rejected once a day pretty much, from all magazines. No one wanted to publish any of my writing. What I would do is publish the articles on my blog, all of those rejected articles. All this writing, that for most people, might have just sat on their desktop. And people started reading it. Then the numbers grew. Then I had like 100,000 page views. People wanted to read it. I thought, this is so weird that some of the magazines I pitched were closing down, and yet people were reading my work.”

Since then, she has not only published multple nonfiction books, but recently released her first novel. She is also the host of the successful podcast, Ctrl Alt Delete. So much of what we talked about was how to turn your creative vision into a viable career path. She said, “I had so much creativity waiting to come out.” 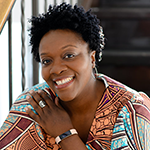 Every writer has their own version of this. As author Donna Hemas put it, “I had to figure out how to make writing the central part of my life.”

Her first two books were published nearly 20 years apart, and in our interview, she describes the difference in launching each. She also shares the journey between them, where she began two manuscripts that are still unpublished, only to find that her next idea was the one ready to be finished and shared with the world.

Overall this year, I kept thinking back to these conversations and others I have had recently. The words of Julian Winters, Andrea J. Loney, Naomi Jackson, Skeme Richards, and so many others been in my head again and again. I’ve always been inspired by the creative journey, and each of these people shared stories that I kept going back to — big decisions and wise lessons along the way. Here are just some of the people I have interviewed recently: 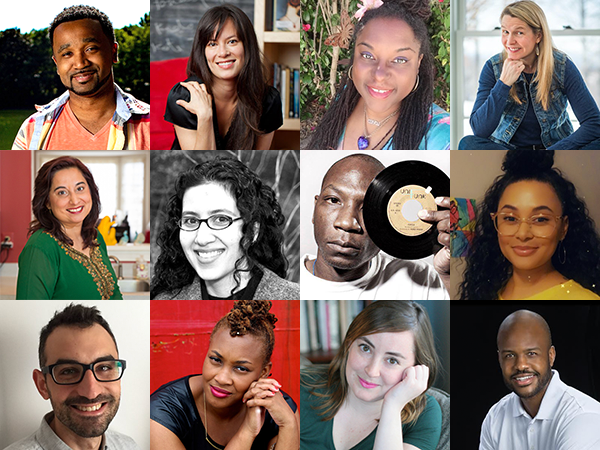 Every conversation has changed me in some way, which is why I continue to do the podcast. It truly makes my life richer. I hope the podcast has helped you in some way. If so, please consider two actions: