As those in publishing stand on the edge of a new era, one where innovation is coming from all sides, business models are upended, and their ‘glory days’ are portrayed as behind them, I want to talk about that ‘second act’, and share the story of someone who was written off, and done so when their best work was still ahead of them.

This post applies as much to individuals trying to navigate their careers in publishing, as it does to entire publishing organizations looking for a strategy towards sustainable growth.

Let’s start with a story.

By the time the 1930’s came around, Frank Lloyd Wright was in his 60’s, and widely viewed as a has-been in the architecture world – an old showman who had already used the last trick in his bag. Times and styles had changed, and he was not in fashion anymore, as a new breed of architects created more modern styles that were getting all the accolades. Wright was the butt of jokes, with suggestions that he might be dead, and that he was the “greatest architect of the 19th century.”*

Then, when he was 65, something happened.

In 1932, the Museum of Modern Art (MOMA) was staging an exhibition on the international style of architecture, what you and I would simply call ‘modern’ architecture. Even though Wright was asked to contribute a design to the show at the museum, he was largely “dismissed as a number of older architects whose work has long since been superceded by other artists.” 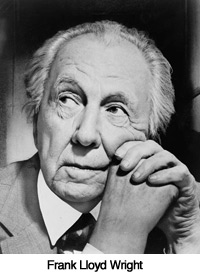 In the past, Wright had openly spoke out against the international style, and felt that architects who embraced it were creating soulless work. But for the MOMA exhibit he did something that surprised everyone: he began using stylistic elements that were emblematic of the international style. The thing about it is, he adopted the best of their style, and mixed it with his own sensibility.

The MOMA exhibit was merely a hint of what he was capable of. In 1934, he was asked to design a weekend hideaway for the family of a client. This was the result: 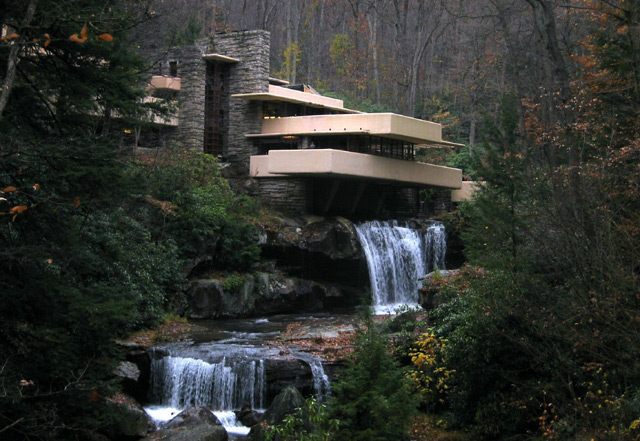 Dubbed Fallingwater, it is one of the most famous pieces of architecture in history, one that used elements of the international style, but with nuance and detail that was purely Frank Lloyd Wright.

What followed were other masterworks: the Johnson Wax Headquarters and the Guggenheim Museum, among others.

How did Wright do this? He had to accept that in order to remain relevant, he would have to CHANGE HIMSELF, not wait for the world to change. That he would have to fight to remain relevant. That instead of throwing up his arms in disgust of new trends and taste, he would remake himself, embracing what he hated, until he understood it and mastered it. He took up the challenge of others – their disregard for him – and he won.

So how does one have that great second act? Often it is when they see a common thread through their area of focus that ignores previously assumed boundaries. When they embrace the new as well as the old. When they focus less on what they’ve done in the past, and more on what they need to do in the future.

And this isn’t easy for most companies, and most individuals. But for many in publishing, the world has given them a challenge:

Many people like to reflect on their own history, saying how “back in my day, we had to be in the trenches, earning our success.” Well, the trenches are now online. And we must get back into those trenches and fight for relevance again.

And the question that each of us have to ask ourselves is: do we have the fight left in us to rethink what we know, embrace what we are scared of, look past boundaries from another time, and make ourselves as relevant in 2011 as we were in previous years.

And like Wright’s Fallingwater, those shaping the future of publishing must create something not just functional, but something beautiful, something that will inspire generations who are affected by it. This is your legacy to build, not based on what has been done, but on what is yet to be done.

(The quotes and some of the material about Frank Lloyd Wright come from the Ken Burns PBS documentary. Highly recommended!)