How does one go from being a painfully shy child who barely spoke five words per day in school, to being a well-known children’s book blogger, librarian and author? In today’s interview, I chat with Betsy Bird, Youth Materials Specialist of New York Public Library who also runs the blog A Fuse #8 Production on School Library Journal’s website. She is the author of Wild Things: Acts of Mischief in Children’s Literature, ﻿Giant Dance Party, and Children’s Literature Gems: Choosing and Using them in your Libarary Career.

I am a huge fan of Betsy’s, and have profiled her several other times:

We met years ago when I was working with School Library Journal. In today’s interview, we touch upon a number of topics about risk and developing a meaningful body of work. But one topic in particular really amazed me: her experience going from a painfully shy introvert as a child, to someone who shares so much of herself online, and even — unintentionally — courts controversy in the book world.

This podcast is part of the research for a book I am writing called Dabblers vs. Doers, which is about working through RISK as you develop your craft and build a meaningful body of work.

We spoke in the in the Stephen A. Schwarzman Building — otherwise known as the big New York City Public Library, the one with the lions in front of it. She took me into an abandoned wing, and we sat down and spoke in a room that is no longer open to the public, and served as the New York Public Library’s very first children’s room when it opened back in 1911. Here is a brief tour: 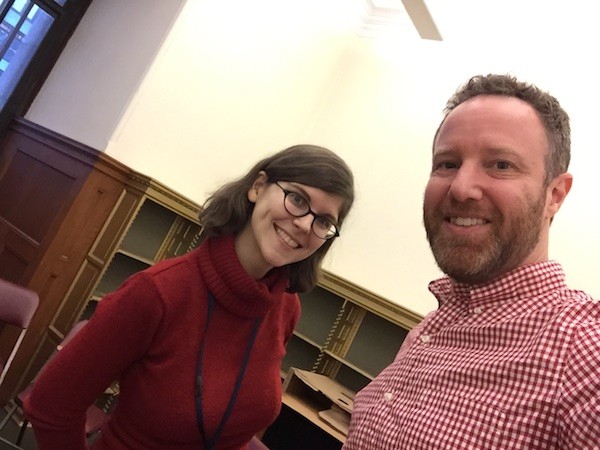 The famous lions out front: 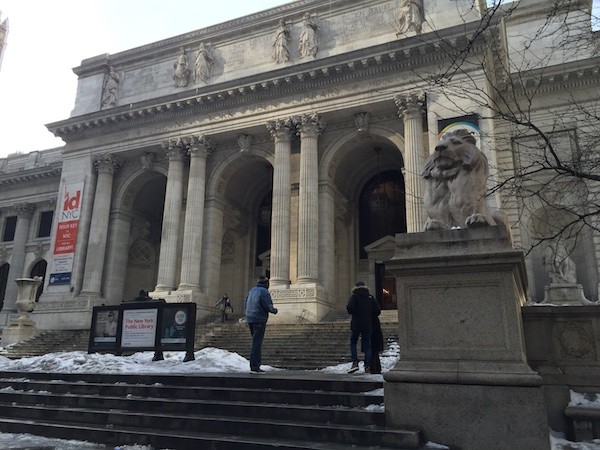 The employee-only hallway that leads to the old children’s room: 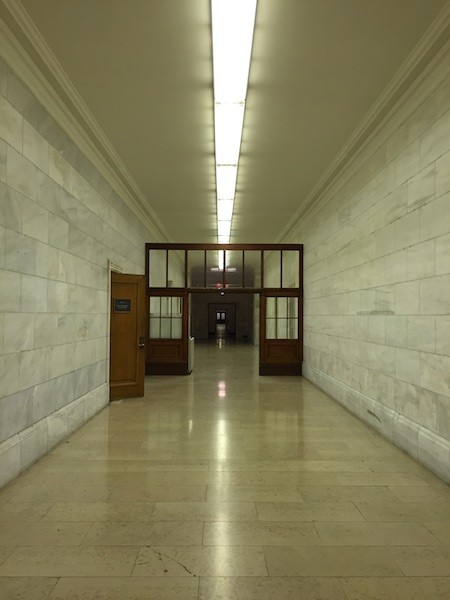 Details from the old children’s room — original shelving and lamps that look to be, if not original, at least very old! 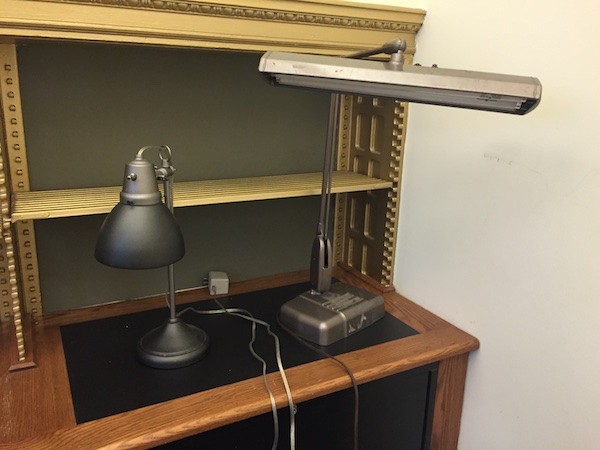 Fun fact: this library also contains the original Winnie the Pooh and friends, displayed in a public area: 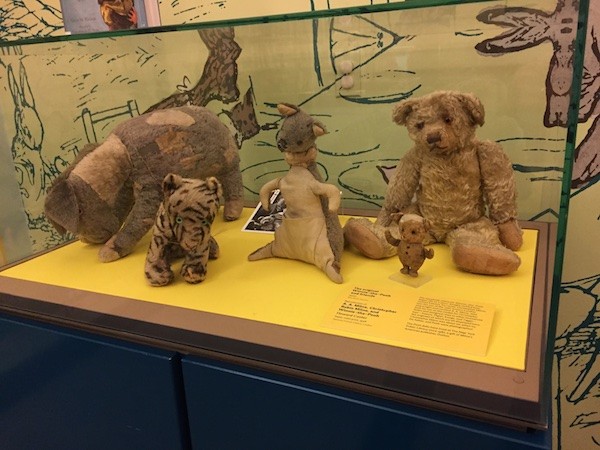 Here are some excerpts from our chat, where we dig into her journey:

“I would have killed to be an extroverted child. I was the introverted introvert. I was the shyest creature you have ever met in your life. I was the kid who never raised her hand in class. Even now, if you watch me in a meeting, you will never see me raise my hand or bring up a point. It’s automatic: sit there and don’t draw attention to yourself. I was invisible through most of my school years. It took me a long time to become social, someone who enjoyed people.”

I asked her about a quote I read where she said she would say less than five words per day in school as a child; her response:
“Five words would have been impressive! My goal was to be invisible, because if you were invisible, people didn’t bother you. Children were wild animals, and had to be avoided, so I did not talk.”

“My dad recently remarked to my mom, “At what point did she get ambition?’ Because I didn’t seem to have any beyond a job that brings a paycheck. That was something I struggled with, a children’s librarian has to perform — that is a performing job. You have to do storytimes constantly. You have to talk to strangers at a desk constantly. Yes, you are talking about children’s books, but they are strangers, they could say anything. Many people do view the captive reference librarian as a free therapist. My mother always said, ‘You should have a social work degree along side your MLIS just because of the people you have to deal with at a public library desk.'”

“Children’s librarianship really changed all of that. I had to do storytimes constantly throughout the day, I had to go into schools and talk to strangers and get them on board with the summer reading plan, and talk to teachers. All sorts of things that were forcing me out of my introverted life. In New York City, if you are forced out of your introverted life, by association with the city, you get ambition because you are in the right place for it. If I started this blog in Minnesota, would it have been noticed? I don’t know the answer to that. I can sit down for lunch with School Librarian Journal, I can go to publishers previews.”

What is so intriguing to me is not just that she shares so much of herself and her opinions via the blog, social media and her own books, but that in doing so, it sometimes invites not just social situations, but controversy:

“That’s when you know you’ve made it, when you get in trouble with a bunch of folks.”

“There are different types of controversy, I have found. I have been lucky, I will criticize something and what people will take from it is usually not a criticism of me, they will take something I am saying and try to correct it. That is wonderful, I love that. Once in awhile, it will get personal, but I don’t post those comments. I don’t mind posting comments that take me to task on certain things.”

“I have encountered people where it has been awkward because I have given them bad reviews. If I give a critical review, and I’m in New York City, I probably know the editor, I definitely know the publicity team, I probably know the author and illustrator, and if I don’t, I will be seated next to them at a dinner at some point. Thats where this gets really weird. I am a critic – and I consider myself a critic, because if I am not a critic then I am a cheerleader, or a promotional wing of the publisher. There are many blogs who refuse to do anything critical, and they are fine and wonderful but to my mind, they are cheerleaders, and may as well be working for the publishers. I like to be critical once in awhile because it keeps me honest. Otherwise, I may as well be getting a paycheck from these publishers. The downside is that I am going to meet these people at some point, and it is going to b awkward.”

“I once critically reviewed a very very very popular picture book. I pointed out some things I had a problem with. You would have thought that I had shot the author’s puppy dog the way that these people were piling on me. It was really strange for me. If you read the comments, they just spiral into madness. You just have to be ready for controversy.”

“My natural inclination is to be liked, and mostly the blog fulfilled that need, it sets off those endorphins. I write a review about a book I really like, then I get a Tweet back from the author saying, ‘This is awesome!’, and they are Tweeting it to their followers, and I get that happy feeling of, ‘Oh, I’ve made a person happy, and maybe more people are happy too. Everyone is happy happy happy happy.’ That is what a lot of people use blogging for. If you review a book, it makes you happy, it makes the publisher happy, it makes the editor happy at ALA, you get invited to the fancy dinners because, ‘Oh! You are the reviewer who liked this book so much, come to this dinner, the author really appreciated it.’ You get to sit down with the big-wigs and talk about future books and things like that. It’s so alluring. But if you are going to be a reviewer, you have to say when things are bad. I criticize myself, I don’t do it enough. For awhile, with every review, I tried to say one critical thing. I have not done that as consistently as I should, but I still think it’s important. Because otherwise it is all sunshine and rainbows, cupcakes, sparkles and unicorns, and that’s fine, but every book could be better. It’s hard for me – I want to be liked, I want that validation.”

Thank you to Betsy for making the time to meet with me. You can find her online at:

For more interviews and behind-the-scenes stuff on my book Dabblers vs. Doers, click here.