Okay, so today we are going masterclass level into the topic of launching a book. And we have a guest instructor, New York Times bestselling author Jessica Lahey. I recently interviewed her for my podcast, and we dug deep into the topic of promoting a book. This is our second interview, the first focused on this topic as well. You can watch or listen to our new interview here: 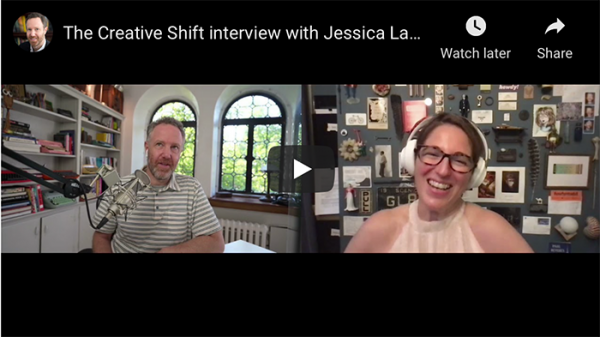 And here is a link to the first interview from 2019.

In the first interview, one of the topics we zoomed in on is what happened after a celebrity, Kristen Bell, shared Jess’s book with her 10+ million followers, plus all the ways she is promoting her first book, The Gift of Failure, years after publication.

In our most recent interview, we focused on the launch of her new book, The Addiction Inoculation. Okay, let’s dig in…

Jess shared the advice her editor Gail Winston gave her: “Books that continue to sell that are books by people who are out there talking about them and speaking.” So Jess made this the primary focus of her career as a writer, to always be out there talking about her books. This is part of why speaking is at the center of her focus. If you go to Jess’s website you will see the many speaking engagements she has booked from now through the end of the year, and into next year.

Another motivation is something she knew was a reality for many seemingly successful books: “A lot of books hit the bestseller list for a week or two, then go nowhere”

How did Jess prepare to have a book whose sales life would sustain well beyond launch? This is an example of one tactic: “I sent these letters out to thousands of school administrators, hand-written and signed personalized letters to school heads, principals, and superintendents. I was very systematic about putting that all in place before the book ever came out.”

She was working to get the books into the hands of people who it would matter most to, and who could possibly hire her for speaking. If that sounds like a lot of work, that’s because it is.

Was Jess out there yelling “Buy my book!” to the same group of followers on Twitter? Nope. She did deep research figuring out who her idea audience would be. She found ways to connect with them and ensure they became aware of her book. She followed up and got inventive about ways of getting in front of her audience.

Generosity and the Personal Touch

If I had to pinpoint what Jess’s go-to book marketing tactic is it would be this: generosity and the personal touch. Let me give you an example. Years ago Jess was interviewing Adam Savage for a magazine profile on him. Adam was the co-host of MythBusters and has more than 5 million YouTube subscribers. Jess had a 2 hour interview scheduled with him, and she brought him a gift. But not just any gift, she considered a gift that would be:

Adam has a well-known maker workshop, and is fascinated with design fabrication both new and old. Jess pulled out a vintage sheet of Letraset letters that she had from her father and gifted that to Adam.

I asked Jess why this felt important to do. Why did she go out of her way to give Adam this gift when it would be so much easier — and accepted — to just show up and do the interview. Why give the man who has nearly everything… one more thing?

She explained that you do it to share something that lets them know that you understand them as a person. And it helps if the gift is also special to you. She had given Adam the last perfect piece of Letraset she had from her father. She is giving a story. She described it this way:

“The best gifts provide a story of the things we carry with us, who we are, where we come from.”

The gifts should never be lavish. You can go on eBay and buy a brand new package of vintage Letraset for a few bucks. But it is about more than the money. It is about the connection that happens when you share something meaningful.

Jess does this with so many people she comes in contact with. In our interview, she shared details of the specific gift she shared with those who provided a blurb for her book, and the process she goes through to make sure each is personal. In our previous interview, she described the importance of thank you notes for similar reasons.

She replied that not only was she working hard to give away her content in the podcast, but that she KJ each sunk more than $10,000 each into the podcast in the first couple years. This was costing her money.

Why do that? For the reasons why so many authors share on social media, blog, create videos, podcasts, and so much else. Because it provided a fun way for her to collaborate, to meet people who inspire her, and to learn. They are now 284 episodes into it, and it’s an incredible resource.

She Got a Team

What comes across so clearly when I speak with Jessica is how hard she works, and how active she is in reaching out to new people and engaging with her sizable network. Yet Jess hired an outside publicist to promote her new book, even though she also had an in-house publicist from her publisher.

She shares the details in our talk, but what was so interesting to me was how clear she was about why she hired the publicist and how it was part of a larger cohesive strategy. Jess knew that her in-house publicist would be working on very specific things. And she knew that she herself would be doing major outreach for the book. She hired the publicist for a focus and reach that she felt all the other efforts wouldn’t get on their own. Together, in a team effort, she had carefully considered the many ways that her book could reach readers.

Focus on What You Can Control

Our conversation ended with an incredible story. Jess shared that a “massive philanthropist” learned about her book and asked what he could do to be supportive. Jess’s answer was a little surprising. I mean, let’s think about this… say you have a book coming out and someone who seems to have significant resources and an amazing network offers to help. What do you ask of them? Let’s just brainstorm some ideas:

I would bet that for many of authors in this situation, they would hope for support that leads to an exponential impact in terms of new people learning about the book. Jess instead decided to stay focused on a tactic she was already doing. This is how she described it:

“This philanthropist bought me 100 copies of my own book and had them sent to me so I could send them to school leaders, which is what I had been doing. I’m doing it in batches because it takes a lot of time to wrap up and send 100 copies to school administrators. When I hear back from school administrators, I email [that philanthropist] every time and say look at what you helped me do.”

This is so much work. She has to identify the places to send the book, get a spreadsheet together, wrap each book, write a personalized note for each one, mail them, follow up with them, then send a thank you note to the philanthropist. One hundred times.

When I asked why this was what she suggested as a way for the philanthropist to support the book, she said: “Those things create investment. The more people feel they are involved in helping, the more invested they are. It is us having a mutual goal toward something.”

You can watch or listen to my chat with Jessica here, and learn more about her work on her website.